Articles, information and tips on using oils and vinegars. 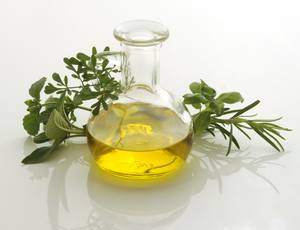 People have used oils and vinegars for flavouring and storing foods for thousands of years.

You have to wonder who first had the idea of using spoilt wine as a condiment or putting those small cucumbers in vinegar to preserve them as a pickle.

Olive oil was stored in large wide-necked jars called amphora which the ancient Greeks decorated so beautifully with scenes of their everyday life.

The olives and then other fruits and vegetables would also be placed in the jars and covered in oil to preserve them. 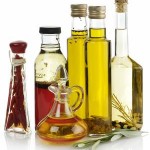 How to Make Flavoured Oils & Vinegars

Home made flavoured oils and vinegars are very easy to make and are, generally, flavoured with herbs but stronger flavoured ingredients such as chillies and garlic can also be used. In the case of vinegars, fruit is also often used. Garlic flavoured oil... 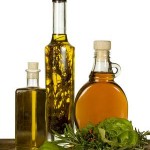 Spiced Vinegar A lot of pickles and relishes are preserved in spiced vinegars. The spices used vary enormously according to the recipe and to individual taste. We've listed below examples of the most common combinations. You can buy ready spiced or... 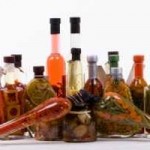 Storing in oil is a traditional method that probably dates back to the beginnings of civilisation when man discovered olive oil in the fertile crescent of the Mediterranean. Nowadays it is used more often as a way of producing flavoured oil than... 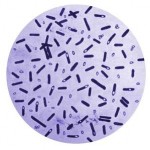 At some point in history olive growers discovered that they could press them and squeeze out olive oil. It wasn't a huge step to flavouring oils my adding herbs and that immersing produce oil would preserve it. This method of preserving foodstuffs...