At some point in history olive growers discovered that they could press them and squeeze out olive oil. It wasn’t a huge step to flavouring oils my adding herbs and that immersing produce oil would preserve it. 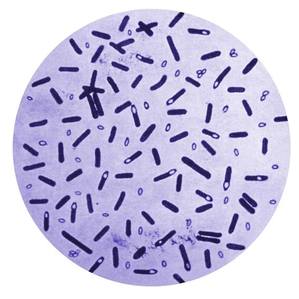 This method of preserving foodstuffs became commonplace in those countries fortunate enough to enjoy a hot climate and grow olives. A wide range of foods was stored this way.

For many years we have stored in cold oil by simply placing the produce in a sterilised jar and filling the jar with oil, agitating to get any air bubbles out before sealing the jar. We also made presents of peppers in oil and so on.

However, when we published this on our website we were deluged with emails warning that we could get botulism from this and would likely die a horrible painful death in short order.

Not only would we get botulism, we were putting others – not as wise as our correspondents- in mortal danger!

Having researched this terrible risk we discovered that it was first mentioned on an Canadian web site in reference to an outbreak of botulism from a restaurant in Vancouver.

This incident was picked up and repeated on other web sites, growing in threat and risk until it became a fact as far as casual searchers were concerned that cold oil storing of peppers or garlic or anything else for that matter was a certain way to kill the poor souls who ate the produce.

Many people including sadly some journalists don’t understand that just because a number of web sites and blogs say the same thing does not make it true. Wikipedia does a fair job but even so I’ve seen inaccuracies and conjecture quoted as facts. To properly check facts you need to consult sources who really know their subject.

We did take this risk seriously and decided the best thing to do was to go to an expert and consulted a food scientist directly. He explained that there was a theoretical risk that small droplets of water adhering to the vegetable would provide a growing medium for the botulism bacterium and could, therefore, poison consumers.

He couldn’t quantify the risk, not being a statistician, but about on a par with being struck by a meteor or winning the big prize on the lottery twice was mentioned in the conversation.

It’s a sad sign of our modern fear of litigation that he wouldn’t go on record as saying it was safe although he would have no concerns personally. In fairness, no scientist will ever talk in absolutes since even a miniscule risk is still a risk.

Botulism is potentially lethal and always serious but the good news is that it is exceedingly rare. According to the British National Health Service, there have been 33 cases of food borne botulism in 25 years in England and Wales and 26 of those were caused by one outbreak in commercially produced hazelnut yoghurt.

Excluding the yoghurt incident, that leaves 7 botulism poisoning incidents – 1 every 3½ years! Compare that to the 3,000 deaths a year in road traffic accidents in the UK and you will have an idea of the actual personal risk involved.

Having tired of explaining and arguing this endlessly, we now only recommend the hot oil storage method. Personally we will continue to store in cold oil and aren’t planning on dying of botulism.

The comprehensive guide to storing your produce. Includes drying, freezing, bottling, clamping, jams, chutneys and much more Build your own food store