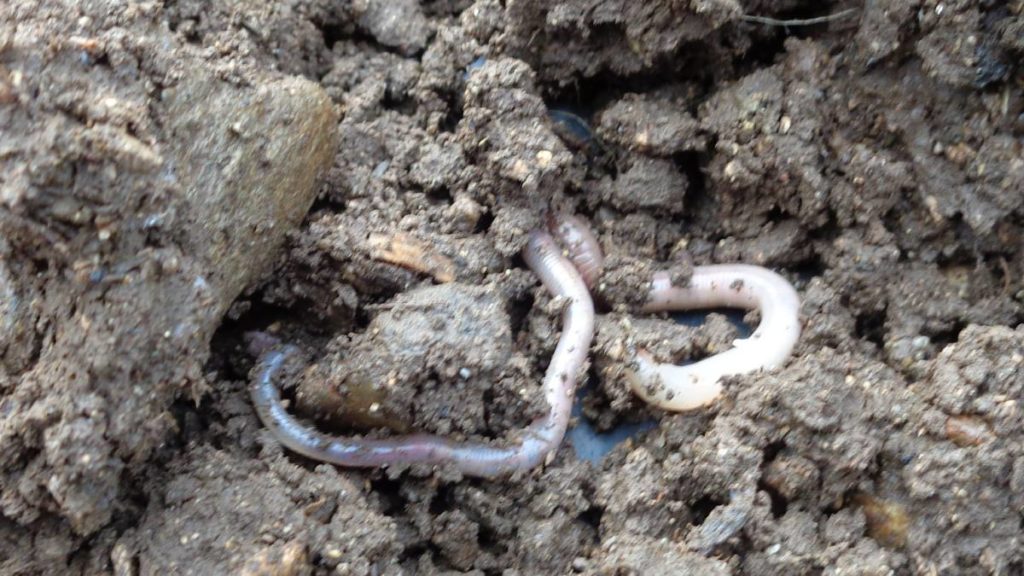 I took on a half plot allotment a year last March. I was amazed to find no sign of worms anywhere on the plot. Have you any idea what could be the cause of this?

During the autumn I covered the whole plot with some year old horse manure and then a good covering of locally available leaf mould in the hope that this might encourage worms to return.. I’m also trying out the ‘no dig’ method.

Any other advice would be gratefully received as I’m worried that my productivity might be affected.

Worms are a very important part of the soil ecology. There are a number of species that perform different functions but basically they all convert decaying vegetation etc. into humus whilst aerating the soil. There’s a great site here on British Earthworms

Since you’ve taken over an existing allotment, I suspect there may be more worms than you’re seeing. There may be a lower population if your area has a problem with New Zealand flatworms that eat our native worms. Happily they’ve not been as devastating to worm populations than feared when they first arrived over here. There’s an advice sheet here: Advice to Gardeners on New Zealand Flatworm 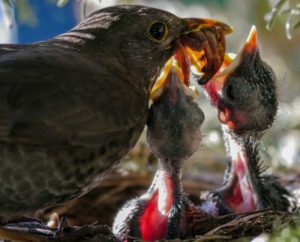 Worms reproduce at a prodigious rate. A worm is sexually mature in three months and can produce three cocoons a week, each including three babies. If the birds didn’t eat some we’d be drowning in worms! Image by Gerhard Gellinger

The biggest reason for a low worm population is lack of organic matter in the soil. Possibly the previous plotholder just chucked on fertiliser which will sustain a plant but isn’t good for the overall soil ecology. It’s a good idea to check the pH of the soil. An extremely acid or alkaline soil will reduce worm populations. Aim for 6.5 to 7.00. See this article on lime and soil acidity.

Compost is beneficial for worms, especially compost that still has a way to go before being totally broken down. More for them to eat. I’ve found mulching with grass clippings, primarily as a weed suppressant, was surprisingly effective in improving the soil and increasing the worm population.

Adding a layer of cardboard under the grass clippings mulch had much the same effect. In fact the worms seem to like corrugated card, possibly using the corrugations as ready made breeding areas.

You mention ‘no-dig’. Whilst I believe no-dig is a useful technique in some situations, I would dig in the manure and leafmould initially. This adds the organic matter throughout the top soil, quickly making it available to all the worm species in the soil. With no-dig it will be taken into the soil eventually but not so quickly.