I had an email from Melbourne, Australia from a newsletter reader asking for advice on improving his soil. His new garden consisted of fake grass like astroturf with borders of bark mulch laid over landscape fabric. Underneath was heavy clay with builder’s rubble and rocks. Oh joy! 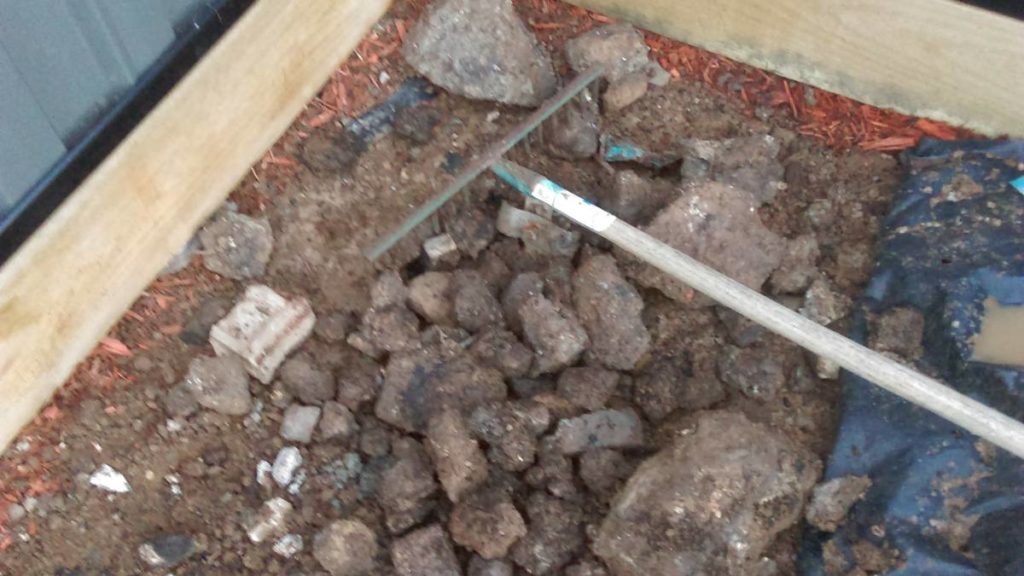 Removing Rocks and Builders Rubble from the clay

He’d already created a raised growing bed by digging it over a couple of times removing the stones and builder’s waste. Then he added 4 Kg of gypsum per square metre and re-dug it over. Following this he added peat moss, manure, lots of compost and bags of garden soil improver along with 1 kg of blood and bone fertiliser per square metre. Then he turned it over about 5 or 6 more times. Finally he put a layer of commercial compost on the surface to sow into 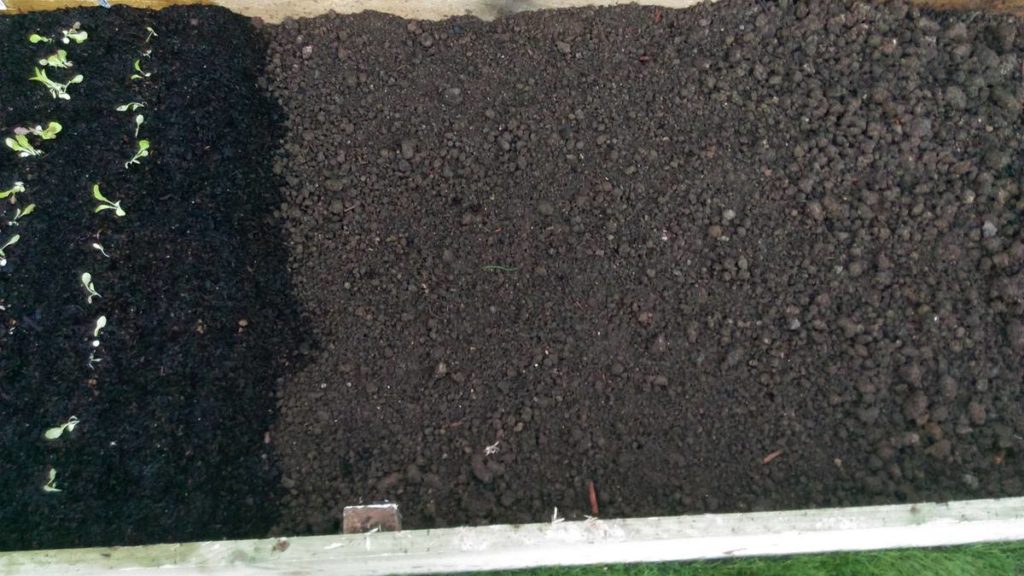 The garden soil improver looks to be a soil based compost similar to a John Innes 2 or 3 compost. The blood and bone fertiliser has an NPK analysis of 8N:1.5P:1K.

Well the first thing that struck me was that was an awful lot of work and not a little expense was going in to this. I was also concerned that the very large amount of fertiliser used would be too much and burn the roots of plants.

To avoid problems of an excess of fertiliser, I suggested soaking the bed a few times to wash excess nutrients down. The main problem would be nitrogen which doesn’t last that long anyway.

My Tips for Improving the Clay Soil

All the ground will require digging over to remove the rubble which is heavy work and takes time so I’d start by using nature to help make it easier to work. Remove the astroturf and landscape fabric for a start.

Use a fork to just open the soil a little. Stick the fork in and rock it rather than turning over the soil. The idea is to make channels for water, nutrients and compost to penetrate down. It doesn’t take too long and the action is very similar to spiking a lawn.

The first thing I’d recommend for any new plot, whatever the soil type, is to check the acidity with a pH test kit. With clay soils that are often acid this is most important as the lime which is used to correct acidity will help the tiny clay particles stick together. This improves the texture or tilth of the soil greatly.

Assuming the soil to be acid, add lime as needed to raise the pH to neutral. There’s a table showing how much lime to add on the site. Worms who are great allies to soil improvement like neutral soils best. They busily process the soil in their guts and create little tunnels throughout but they need something to eat so the next step is to mulch.

Apply a thick mulch on the surface. If compost and or manure is available in quantity a layer of that covered with a layer of composted bark chips or better still in my book, grass clippings.

So long as the grass wasn’t in seed when mown and the grass hasn’t been treated with a selective herbicide like “Weed’n’Feed” which would poison the ground for anything but grass, it makes a great mulch. It stops weed growth, feeds the worms and adds humus to the soil as it rots in.

Grass clippings are easy to get hold of – often people are happy to donate them. In the UK councils often provide bins especially for garden waste and charge extra for them too! It’s worth knocking on the door of people with those bins and asking if you can collect their grass clippings for free instead of them paying the council. Ground maintenance firms are another potential source. But do emphasise you can’t take clippings from treated lawns.

Mulching helps keep the soil damp in hot periods as well. Without water, the worms and microbes that are so important to a good soil just die.

At this point we’ve a garden covered in mulch with a terrible soil underneath. To make use of the mulched area we need to have some decent growing medium underneath. At this point I’d concentrate my efforts on digging out some planting holes. Remove the builder’s rubble and mix the soil with compost or rotted manure.

Fork open the clay at the bottom of the hole and put a layer of compost in prior to returning the removed soil / compost mix. This planting block would be ideal for squash or pumpkins or marrows with the foliage and fruits happily sitting on the surface of the mulch. The block size will vary depending what is being grown. For squash or pumpkins, 50 cm by 50 cm would be perfect but most crops will cope with smaller planting blocks than that.

Mulching and planting holes means that the soil is improving and the ground is at least producing something whilst buying time for the main digging to be done at leisure. As the rubble and rocks being taken out anyway, it would seem appropriate to double dig, incorporating as much compost, manure and organic matter as possible.

One comment on “Improving a New Property’s Clay Soil”