Garden Diary › Allotment Garden Diary › Planting in the Polytunnel, Snail Invasion!
Free Seeds worth £6.00 + when you buy Our Books

Planting in the Polytunnel, Snail Invasion!

The weather remains pretty poor so I’m concentrating on working in the polytunnel and greenhouse. Hopefully it will pick up soon. 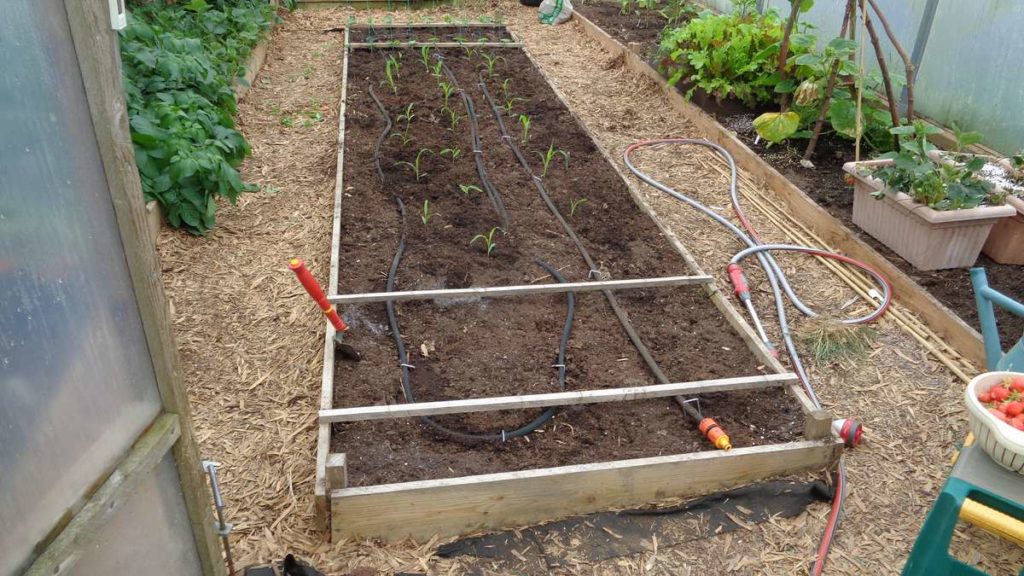 Polytunnel Centre Bed, climbing beans at both ends with sweetcorn planted in the middle

The large bed in the centre of the polytunnel has been my focus for a couple of days. It’s 16 feet long and 4 feet wide giving me 64 square feet of protected growing. Ideally I should dig it down and remove a lot of the stones but that’s a task that will wait for another year.. or two.

It’s edged with wooden planks and raised about 6 ins. I removed about a quarter of the top 6 ins of soil and mixed in some bags of multi-purpose compost along with chicken manure pellets and fish, blood and bone to give a good base growing medium. The soil below was forked open to allow the top layer to mix more easily into the soil below.

Having raked the bed level I laid soaker hose over the bed. I really like soaker hoses, the slowly released water gradually permeates down, thoroughly wetting the growing medium. It’s also easy – just plug the hose in and leave it be for a few hours. I tested it out, sometimes a hole in the hose lets out too much water.

There was a small problem in that too much water from the first length of hose was coming out of the side of the bed, soaking the path. Moved the hose in a bit towards the centre and pinned it back into place.

At the ends of the bed I’m growing climbing French beans, Cobra, and self-fertile runner beans, Firestorm. I fixed wooden bars to the bed sides and then ran string from the bar up to the polytunnel crop bar and back down to the other bar for the French beans. It’s one of those jobs that would be a lot easier if I was taller. The crop bar is that bit too high so it’s up and down the steps for each one.

I’m spacing the French beans quite tightly, a tad under 6 ins between them. I’ve started them off in pots under heat and germination was about 90%. So far the runner beans are only running at 30% germination though. I’m a bit worried as I had my broad beans and these runners from the same place and the germination on the broad beans was appalling. I’m sure it’s not the soil as field beans planted as a green manure have done really well.

Most of the centre bed is given over to sweetcorn. I chitted the seed and then planted in pots, being very careful not to damage the root. They were started over heat and then allowed to harden off to minimise shock when they were planted.

Outside I’d plant them out at 18 ins apart but space is tight in the bed so that’s dropped to 15 ins with staggered rows. Staggered rows increase the space between plants. 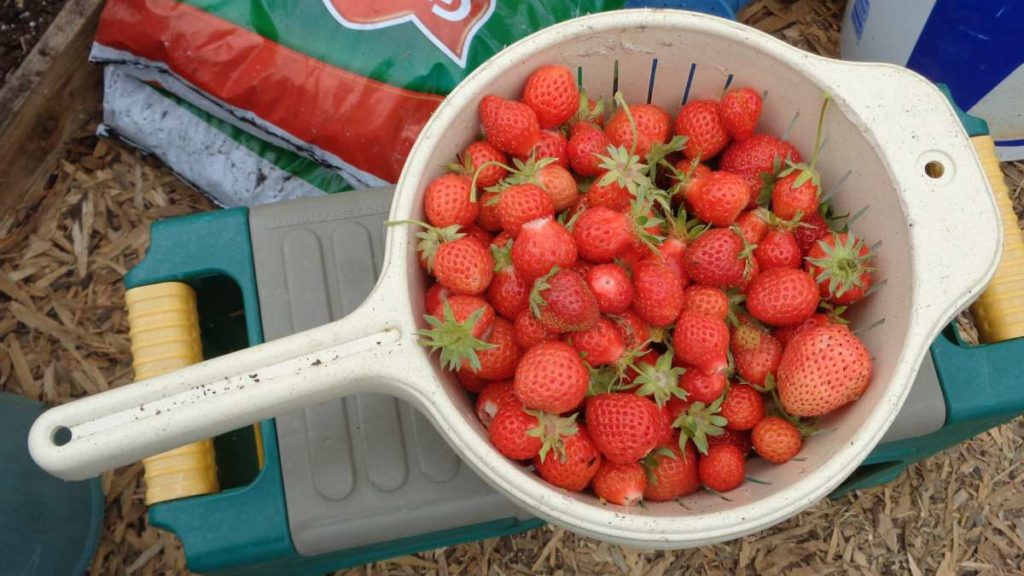 Whilst I was up in the polytunnel, went across the strawberries and harvested a colander full. From now on this will be the official measure of strawberries, the colander full. Soon we’ll be able to grow enough to even keep my grandson happy!

Invasion of the Snails! 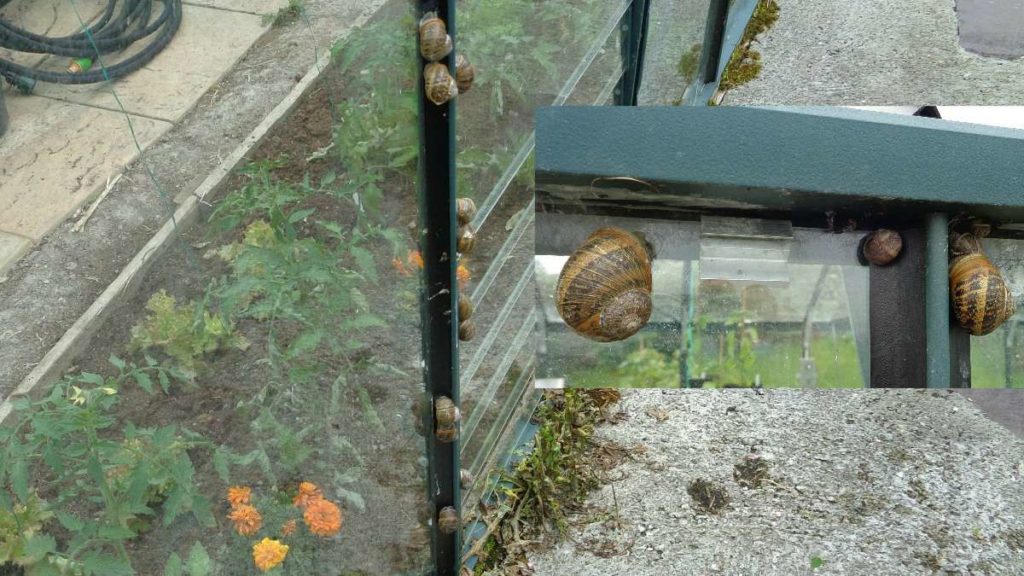 On the side of the greenhouse I noticed a load of snails climbing up a glazing bar. Why they should all have gathered there and chosen that glazing bar is a mystery beyond me. Picked them off and dropped into the chicken run where they’ll magically be transformed into eggs and manure.

5 comments on “Planting in the Polytunnel, Snail Invasion!”

Leave a Comment Here on Planting in the Polytunnel, Snail Invasion! Cancel reply