This last week has been really hot, more like Spain than the Wales we know and love. It’s been impossible to do much when the day heats up around 11 am so my days have been split into working outdoors in the morning. This is followed by hiding under the parasol on the patio for the afternoon and doing a bit more as things cool down a bit in the evening. 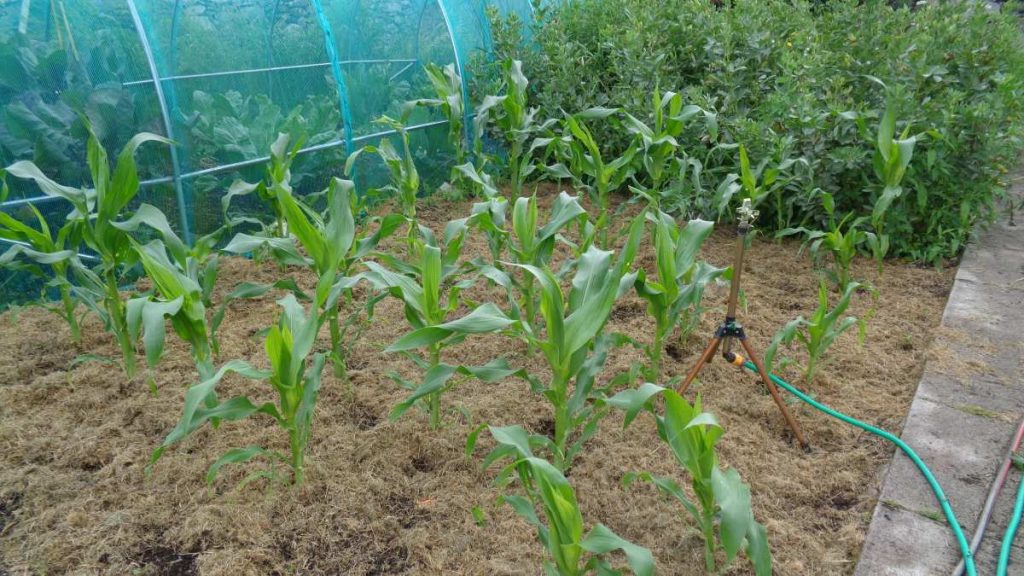 Sweetcorn outside – not a patch on the ones in the polytunnel. Mulched with grass clippings and my trusty sprinkler ready.

To avoid evaporation loss, I’ve been mainly watering in the late evening and night. The strawberries in the hanging baskets in the polytunnel have needed morning and evening watering though.

The centre bed and tomato border in the polytunnel are getting watered with dripline which is proving easy and very effective.

Despite having the pol doors open and the solar powered fan whizzing at full tilt, temperatures were heading for the scorching forties. On with the misters which cool things down nicely. Best £10 I’ve spent on Ebay! Misting System

The sweetcorn in the polytunnel is pushing the roof and the cobs are swelling. Hoping for a really good crop this year. The outdoors corn is barely two feet high. 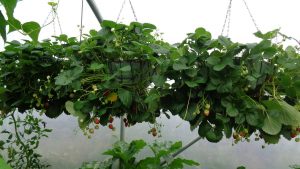 The Honeoye strawberries have finished now, so their baskets are in maintenance mode. Just cutting off runners and taking off leaves as needed. The Mara Des Bois strawberries are still producing though.

I think I prefer the flavour of Honeoye to Mara Des Bois but the best flavour is when they’re eaten immediately picked, warm from the sun.

The Cobra climbing beans in the polytunnel are in full production. I’ve not weighed every picking but we’re talking kilos. Every couple of days I blanch those uneaten and freeze them. 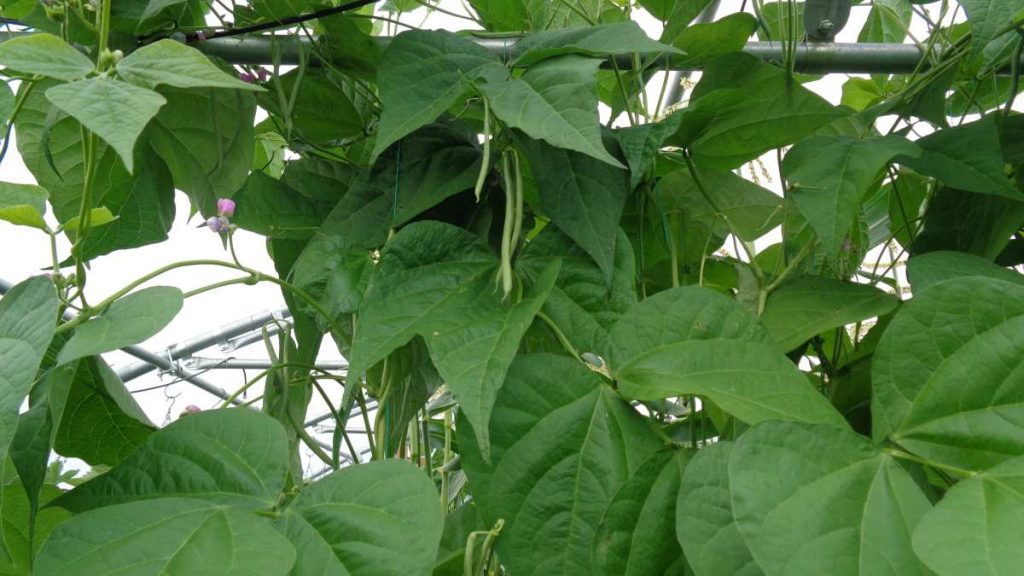 Outside I’ve a couple of teepees of runners and one of Kentucky pole beans. They’ve climbed the canes but so far nothing from Kentucky and the runners are just starting to form.

Some of the tomato plants have reached the top of their strings so topped them. They’ll react by by sideshooting as fast as they can. Not a huge number ripened yet but there’s a lot of fruit on the plants.

Whilst I was tending the greenhouses the flying ants appeared. I was aware there were a few ants about and had dealt with some that were being a nuisance but had no idea just how many were under the flags.

The whole greenhouse filled with the nest’s mating flights which drove me out. Loads ended up in spider’s webs, which was a bit gruesome

I’ve lettuces, chicory, giant spinach and chard in modules along with some brassicas started in seed trays to prick out into pots. These are in the Vitopods which aren’t switched on or lidded. To keep them from being scorched by the afternoon sun, I’ve cut some bits of horticultural fleece to make shades. 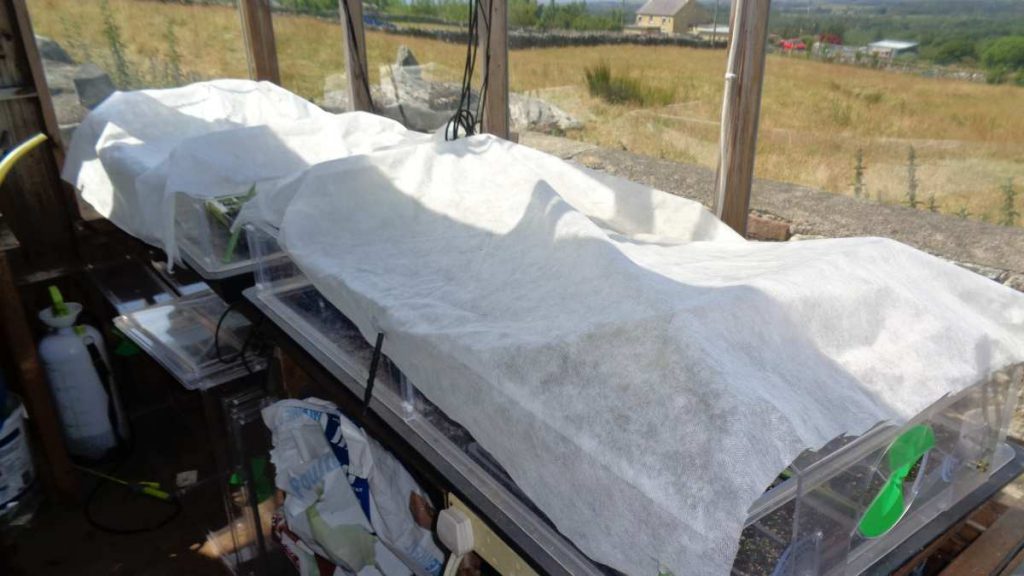 Fleece Heatshields in the Potting Shed

As the heatwave is passing now things will be easier for outdoor tasks. It’s been a pleasant break though – about as near to a holiday as we’re getting this year, for sure.