Things Going Well on the Plots

Generally things are looking pretty good on the plots despite being a bit behind this year. Hot weather earlier than usual followed by colder than usual really doesn’t help. 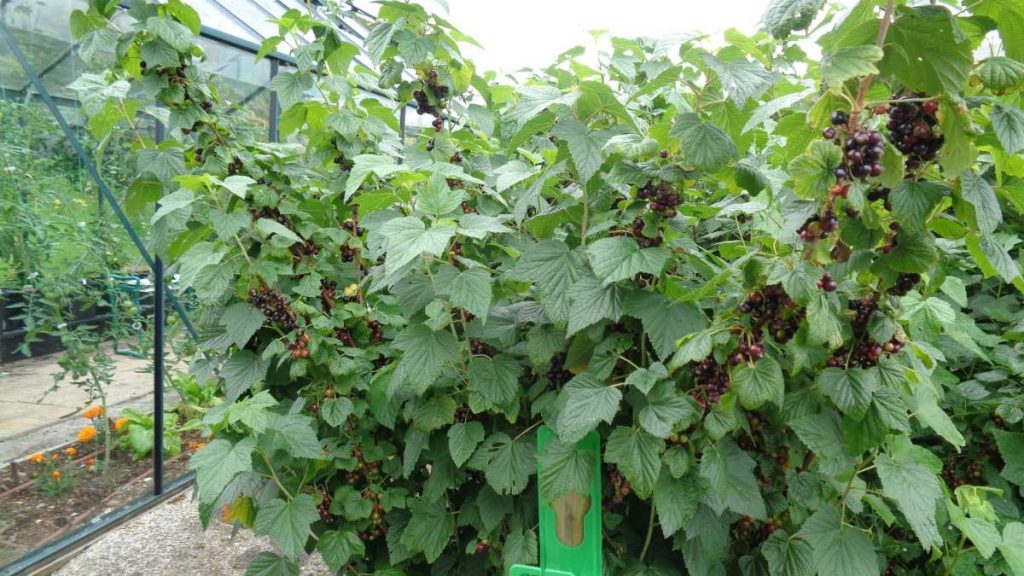 The blackcurrant bushes are heavily laden and the fruits ripening fast. 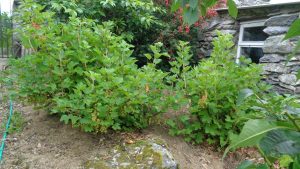 Redcurrants aren’t far behind the black. They’re heavy this year too.

Soft Fruit by the Kilo

This looks like being a top year on the soft fruit front. The strawberries have been great in the polytunnel but now it’s the outdoor fruits. Tayberries and Loganberries are cropping now. The jostaberries and blackcurrants are but a few days off now. In about a week or ten days we’ll have redcurrants by the bucket load. The cultivated blackberry looks promising, really thriving on neglect. The cherry trees have, once again, come to nothing. Maybe next year. Can’t win them all.

Brilliant in the Polytunnel 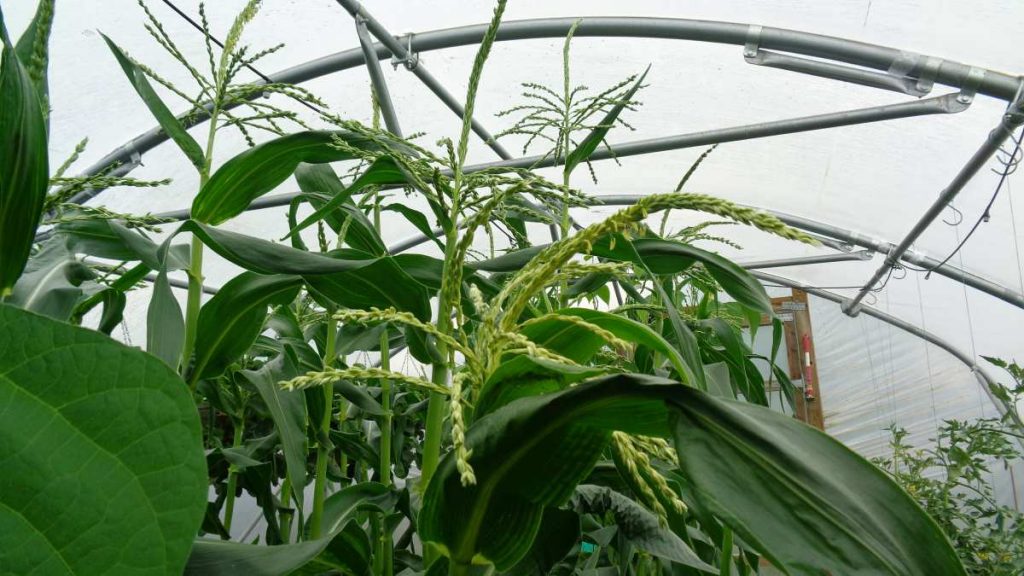 Sweetcorn hitting the roof in the Polytunnel

In the polytunnel things are brilliant! The sweetcorn in the centre bed is promising. Some plants are near seven feet high! They’ll be hitting the polythene soon if they don’t stop. The corn outside is not much over seven inches tall.The climbing beans hit the top of the strings so I topped them to encourage bushing. Beans are forming nicely at the base and should be ready to harvest in just a few days. 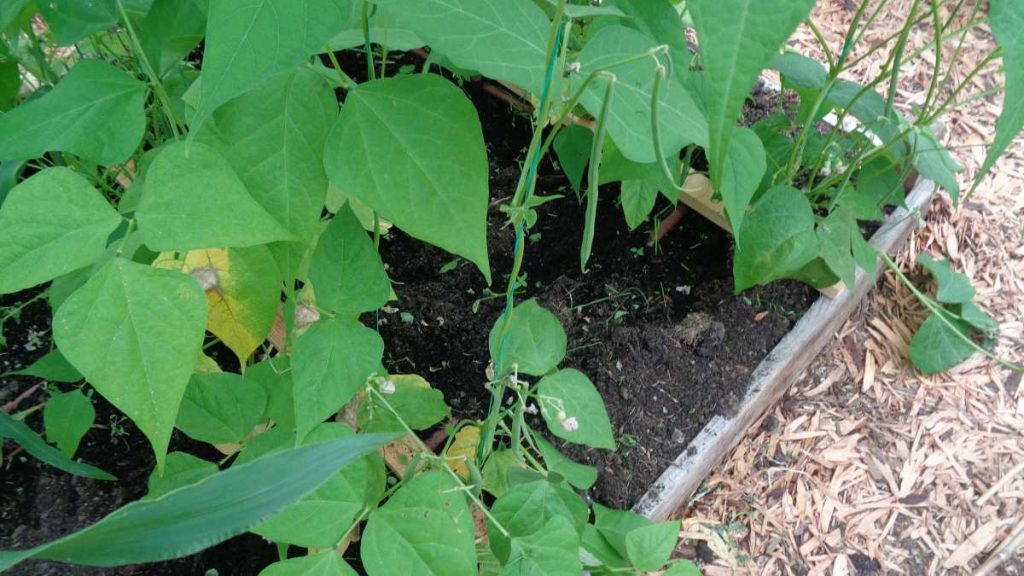 The Duke of York and Red Duke of York are up and in store. Both have done well but I think the whites have the edge in both quantity and individual tuber size. They both cook and taste similar. Bit floury and break up quickly so not great for plain boiled new potatoes but great chips or even mash.

Next to come up will be the Arran Pilot. I had a decent early crop of those from the polytunnel but they were slower to crop than expected. I think that’s the motto for this year, things are taking longer.

The second earlies should be ready now but I’m not sure. The plan is to harvest one plant and see what’s what before taking up a whole row. Most potatoes won’t be harmed by leaving them a little longer than the book says. But Val keeps asking when the Charlottes will be coming.

The parsnips went in late but they were kept under heat for a week prior to planting out in paper pots. This gave good and fast germination. I had put around three seeds per pot and most of them came up so they were thinned early.

Little problem in they got swamped with chickweed which is the nightmare problem this year. Having cleared the chickweed, they’re coming along nicely now. And yes, I know you can eat chickweed as a salad but we’re not starving. Chickens like it though.

Now they’ve been plain weird this year. The same variety of shallots planted at the same time in the same bed and in the same soil should perform pretty much the same. Right? Wrong! For some reason I do not know, some have performed brilliantly producing big bunches of large shallots. Others, however, have hardly grown. Little bigger than the original sets planted. 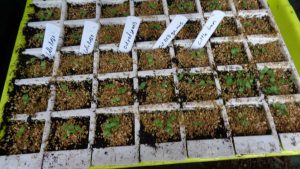 The onions are doing pretty well and starting to bulk up nicely. Main pest problem is the rabbit. She’s back and has started another burrow in a bed, which throws the onions out of the ground.

Rabbits were never a problem until this year but our moggies are, like me, getting older and they’ve retired from pest controlling. Lila catches the odd one but Lotty, who once caught four in a day, prefers Whiskas now to fresh bunny.

Made a last sowing of Zen calabrese and Galleon cauliflowers. They’ve gone into half-size seed trays. Then a sowing of winter spinach and chard into modules followed by Pak Choi and Chicory into Bustaseed modules. I’ve also sowed more spring onions into modules. These get planted out as mini-bunches. 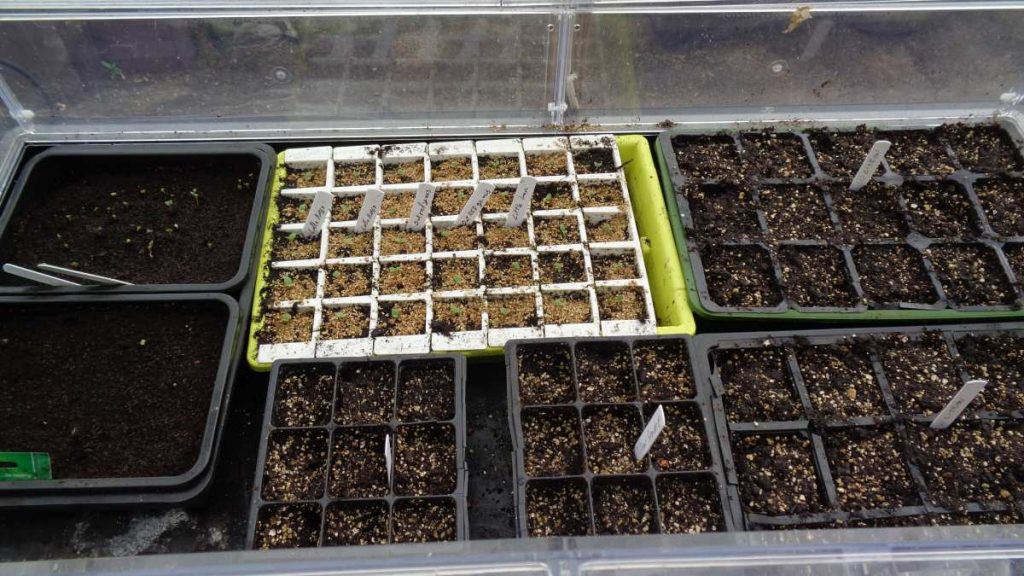