A busy and productive weekend as spring officially arrived with the Equinox, one of the four defining events of the growing year. Even had some reasonable weather to mark it. 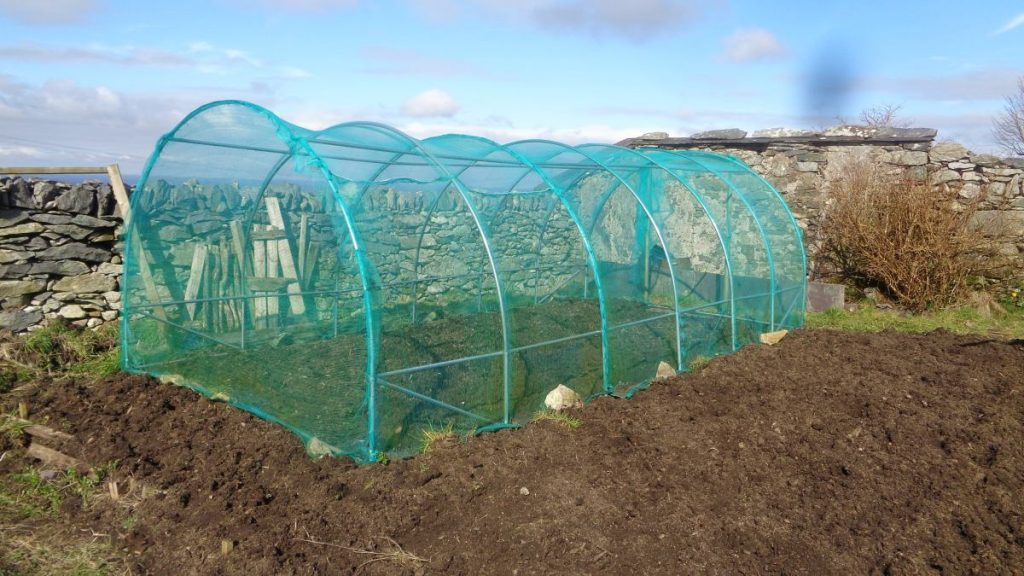 Up in the walled vegetable garden the brassica tunnel has been moved to where the potatoes were – see previous post. It’s light enough for two people to lift and move it. One at each end, 6 metres apart so Covid safe. The rocks hold the netting down and stop it from flying if we get strong winds. The area has been limed as well so it’s now ready to plant in. 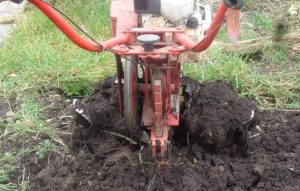 The other half of the walled plot has been weeded. The rest of the manure pile spread over and a first pass with the Merry Tiller.

Slight problem, it’s a bit wet and claggy still. The muck was just sticking to the tines and it wasn’t digging in. Hopefully the soil will drain and dry out soon.

The next row will be Arran Pilot but I’ll leave them for a week so not all the first earlies come at once. Still no sign of the Arran Pilot in the polytunnel showing yet. Bit concerned so I’ll expose a tuber to see what’s going on. 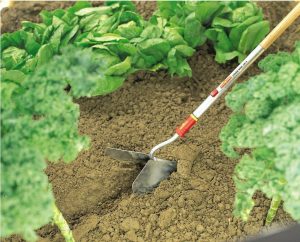 Because the soil was recently rotavated it’s lovely and fluffy. I’ve got a Wolf Garden ridger tool which is great for potato planting. Just pull it through to create a trench, then drop the seed potatoes in.

Using a rake, pull the loose earth over the potatoes and run the ridger up the centre between rows to create a ridge over the seed potatoes and it’s job done.

My potato order is listed here.