Sowing in the Potting Shed

I’m running behind this year but not critically. I’m still in time to get things started even if some things like tomatoes will be a little delayed. Often the improved conditions later in the year means that late starting doesn’t delay as much as you might expect. Things catch up. 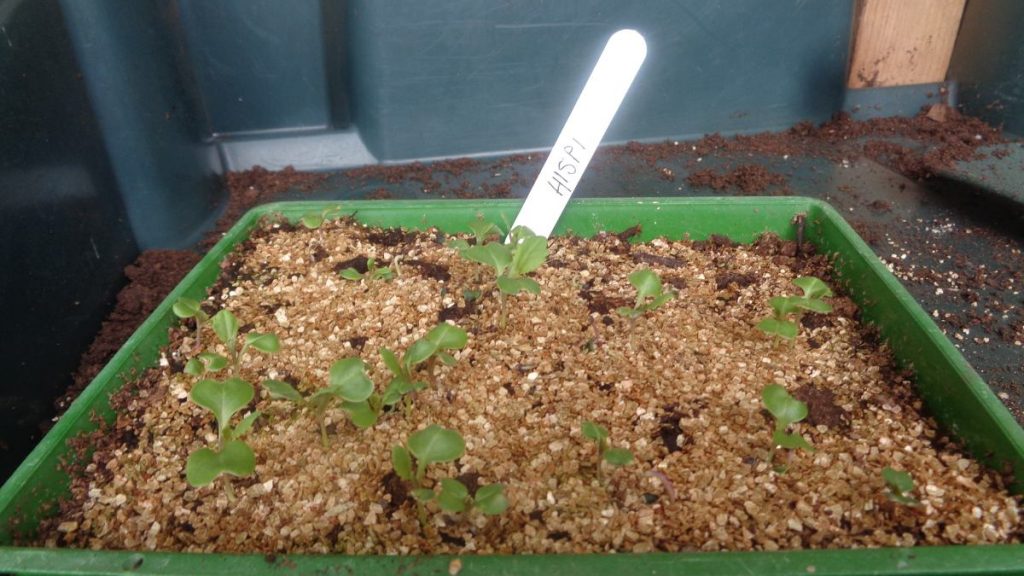 Best Use of Propagators

One of the beauties of nature is that seeds will germinate over a range of temperatures. Generally there’s a minimum temperature under which they will not germinate and a maximum where they’re cooked and dead. As the temperature rises above the minimum, the time taken to germination reduces.

Armed with this knowledge and consulting my table of optimum seed germination temperatures, I can work out how to make best use of my propagators and heating trays. Space is always at a premium at this time of year.

The tomatoes like it warm, between 20ºC and 24ºC is the optimum germination temperature for tomatoes and peppers, both chilli and sweet, like it slightly warmer than that if anything. So they can go in together, along with parsley which likes a similar starting temperature.

These are quite happy to get going at lower temperatures than the tomatoes. Around 15ºC seems to be what to aim for. These will do OK in the greenhouse but just a bit of bottom heat won’t go amiss to start.

The brassicas are started in half seed trays. I just use a multi-purpose compost with a dusting of lime mixed in to raise the pH. This is firmed well and watered by putting the tray, which has holes in the base, into a water bath.

Once the compost is saturated, allow to drain and then just scatter the seeds onto the surface. Lightly press them into the surface with my fingers. Not to bury them, just to make sure they’re in good contact with the compost. Thin scattering of vermiculite on the surface – about a quarter inch or 5 mm – and mist or water with a very fine rose on the watering can.

Once the seedlings are up to a size where they can handled, they’re teased out and moved into 3 or 4 inch pots of compost with a little lime added to grow on to a reasonable size before they go into the big wide world. Don’t leave them to get pot bound though or you may find they don’t take off in the soil. If they have been in too long, you may get away with teasing the roots free. 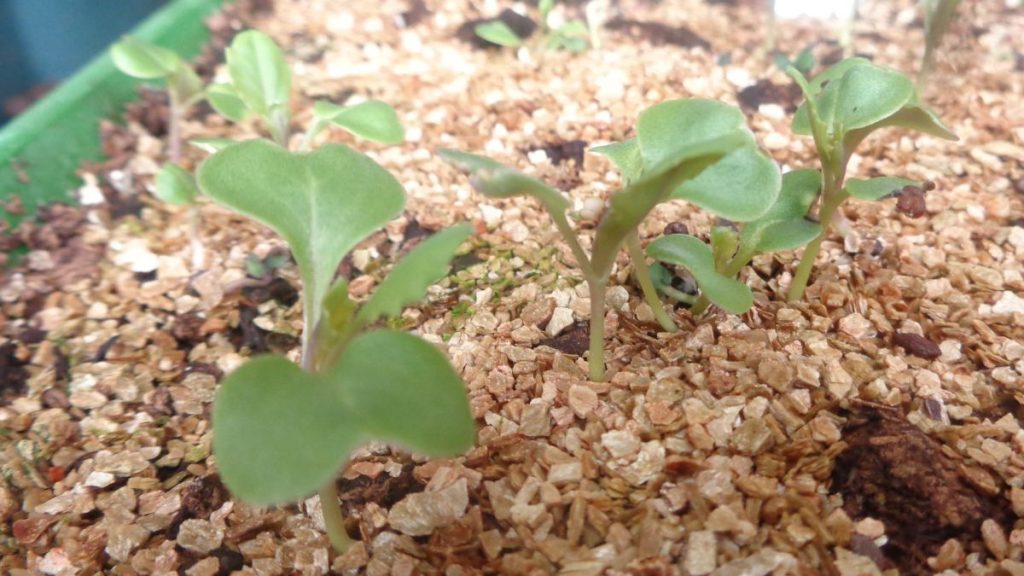 Close up of the seedlings that are ready to pot on

These Hispi seedlings were started in the Vitopod at 20ºC. The packet is 3 years past its ‘sow by’ date but has been carefully stored. Out of about 50 seeds I’ve ended up with 21 seedlings to pot up.  I’m pleased with the result.  I don’t need this many cabbages for us but I like to hang spare cabbages in the poultry run where they keep the girls happy and healthy converting them into eggs.

Often things go wrong, we all make mistakes or don’t get around to something when we should. The thing is to just try to rescue the situation. Maybe the end result won’t be as hoped but just because it’s not perfect doesn’t mean it’s not good.