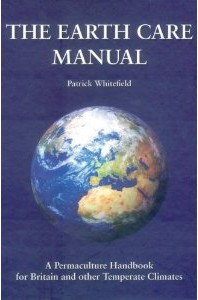 For some time now I’ve been hearing the term permaculture and watching a video on Youtube heard someone say how they ran a productive smallholding with less effort on permaculture lines.

Since we’re looking for a smallholding and I’ve a fairly busy day job already, the concept of more results for less effort appealed. Now I know we live in the world wide web but when I want hard facts and serious information, I still head for a book.

Far too much on the internet is just derivative and shallow, not to mention incorrect.

My preliminary research indicated Patrick Whitefield was the chap to go for. One of the founders of permaculture is Bill Mollison but he’s Australian and Patrick was the acknowledged UK expert, and we’re in the UK.

which seems to be his main work. There were cheaper and smaller books on permaculture but I thought this would be the best.

Now I’ve got to admit I have very mixed feelings about this book and the fuss about permaculture generally. I’d wrongly assumed the whole thing was about permanent culture, hence the name, but it seems not. There’s an awful lot of political philosophy built in, which leaves me cold. Maybe I’m jaded but my experience is that ideals generally become watered down as people grow up. Putting the planet before self is great when you’re 20 but once children come along the green debate becomes centred on disposable versus old-fashioned nappies.

I much prefer to rely on immediate self-interest to persuade people of the benefits of recycling. Regardless, most allotment holders are card carrying skip divers anyway. Old windows, bits of wood? We can use them!

If nothing else, the book has shown me I’m already a fellow traveller if not a full member of the permaculture movement.

Concentrating on the areas of interest that I actually bought the book for, permanent growing crops and integrated eco-systems, there really wasn’t as much information as I hoped. In fairness though, the book covers an awful lot and I suppose the wider the field, the less depth you can go into. He does provide quite a list of further information, which is very helpful.

Overall I’d recommend this book to someone with an interest in permaculture and greener living but not a great deal of knowledge. It didn’t provide what I expected but the chapters relevant to my needs have been very useful.