Those sheep have got into the plot again, still carrying on with the harvesting in these crazy times.

I thought we’d driven the sheep off, not to return. No such luck, the thieving vandals had returned. Having devastated my chard, dwarf beans and swedes, this time they ate some really excellent savoy cabbages. It’s really annoying, I was quite proud of them. 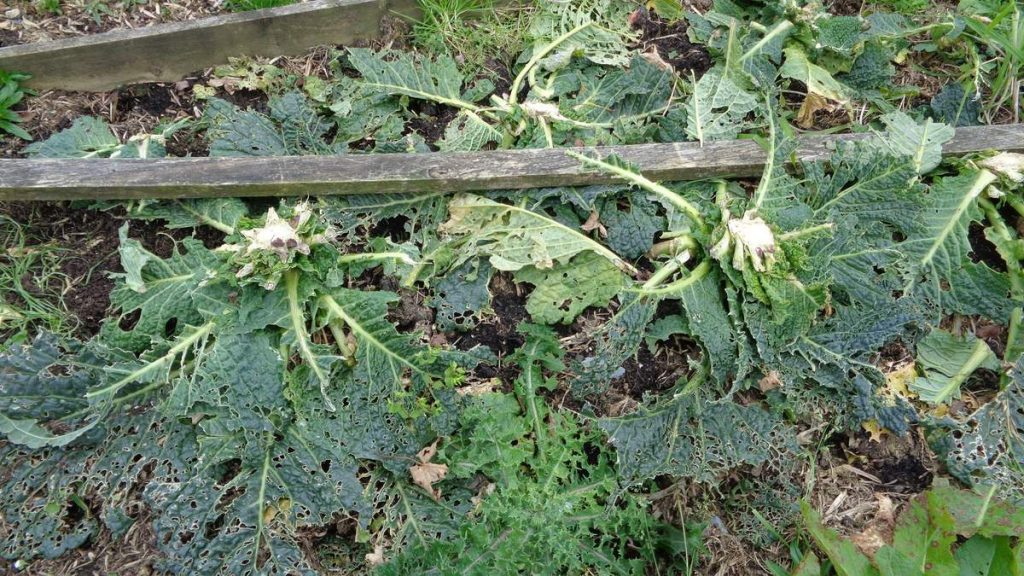 The remains of some lovely savoys after the sheep breakfasted on them.

The only real answer is to improve the defences by running some barbed wire along the wall they’re jumping. Too late for this year but it will keep them out next. Shooting them isn’t a real option, even if I had a gun! But I’d like to…

They haven’t done badly but we’ve lost over half the crop to those sheep. It wouldn’t be so bad if they ate a few but they just have a bite and move on to another. Then the fruits just rot. 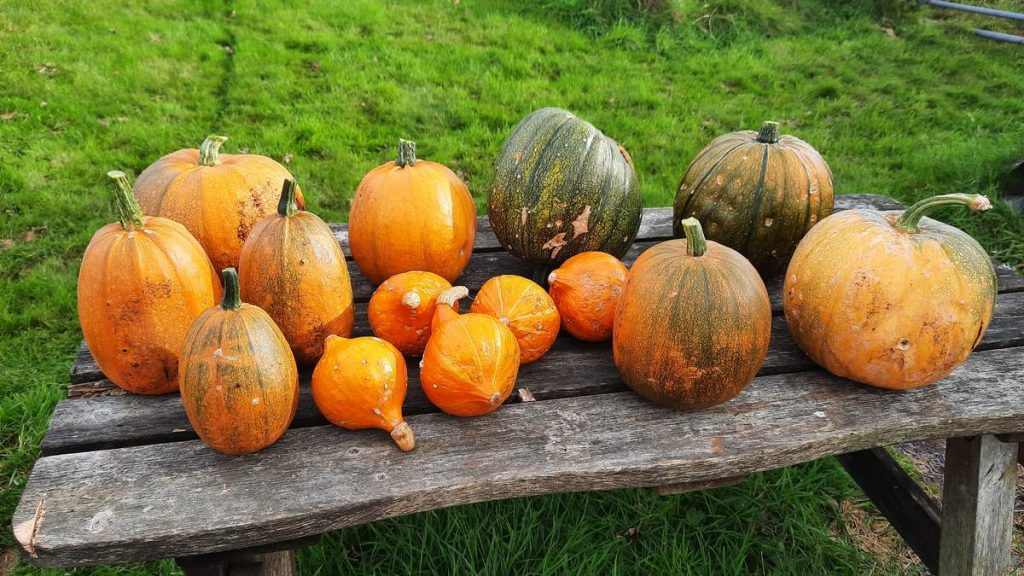 Squash and Pumpkins ripening outside in the sun.

I’ve not done well with the cauliflowers this year. The ones in the other plot avoided the sheep but not the cabbage white caterpillars. By the time I realised the mini-beasts were munching them it was too late. Lesson, check your brassicas daily. I really should have learned that by now.

I thought I’d sown some Purple Graffiti cauliflowers, but looking at this beauty I think it’s a Di Sicilia Violetto as the size is larger and the colour lighter. Another lesson, don’t trust memory. That’s what labels and diaries are for. Regardless, not a bad specimen although I should have harvested it about a week ago. Slightly past its prime. 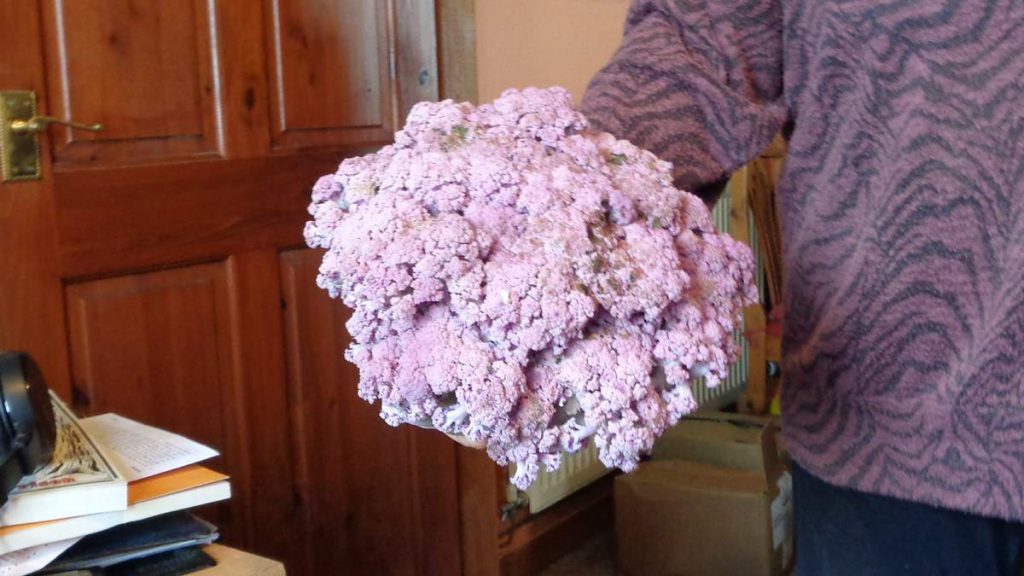 We ate the last of the calabrese the other night, one of my favourite vegetables. I’ll forgive it for being healthy because it tastes great. The sprouts are not quite ready yet but looking good. Perhaps the most maligned vegetable we grow in Britain due to poor cooking practices. 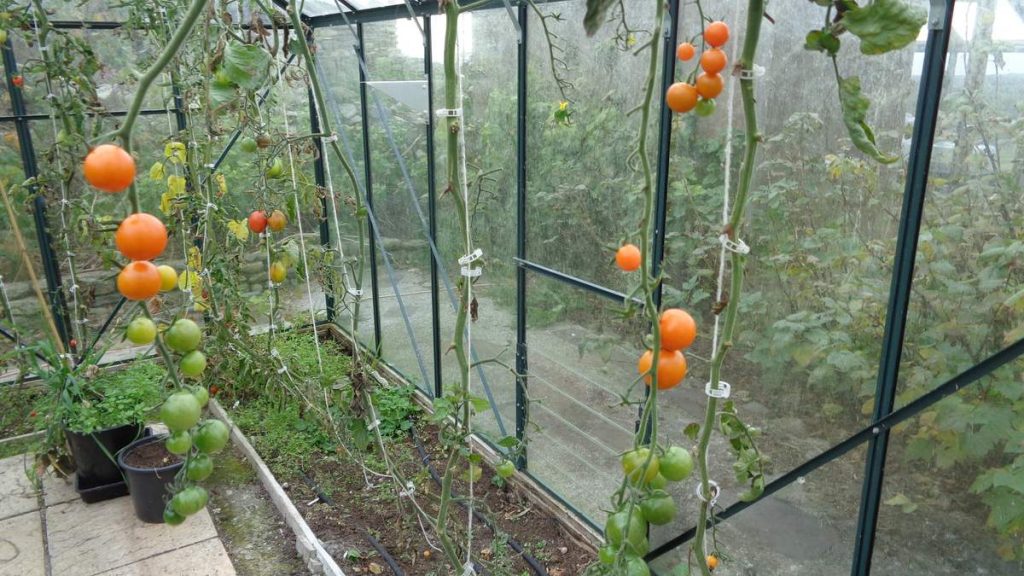 The last Sungold tomatoes as I clear the greenhouses.

The season is really closing down now and soon the summer crops will be gone. The last of the tomatoes isn’t far away now. I’m bringing in green tomatoes to ripen indoors as the humid cool weather is causing mould problems. The Sungold are still doing well, though. They’re always one of the first to crop and last to crop. I may get them through to November again.

The cucumbers are almost finished. We may get a couple more mini-cukes, but I’m not betting on it. Apart from what’s in the fridge, the last home grown ones for this year. Sweet peppers are still colouring but they’re near the end too. The chilli peppers have done well. One plant is more than enough for us but I always grow two in case one fails.