Home growing isn’t always success and bumper crops unless you’re a celebrity gardener of course. The trick is to keep the whole picture in view. This year has been more mixed than normal. 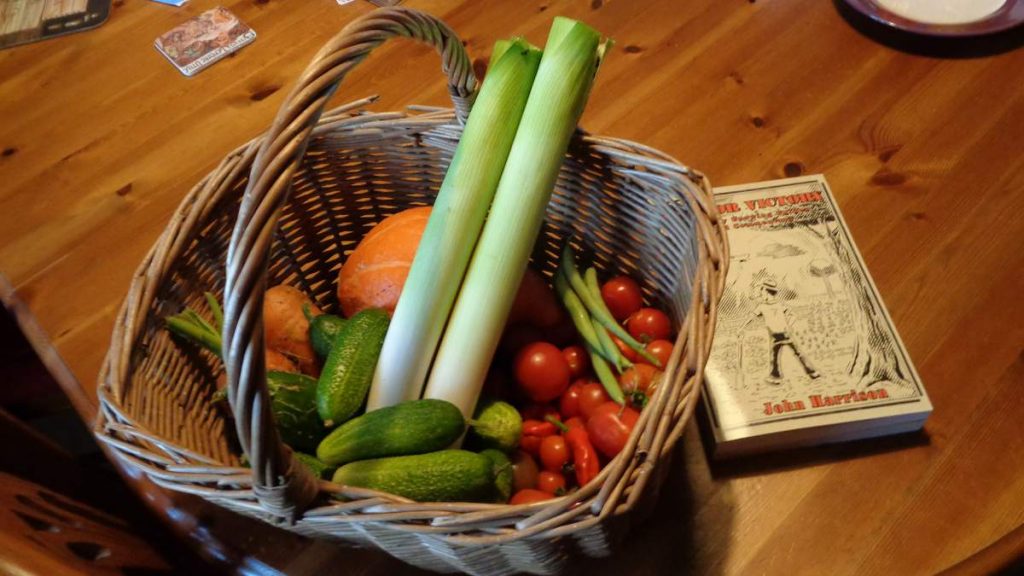 My daughter harvested a few veggies to take home. I’m really pleased with the leeks.

Some crops have been very poor but the runner beans take the prize for worst year ever. Thanks the slugs I ended up with one runner bean. A single, lonely, bent, small runner bean.

I don’t know what went wrong with my sweetcorn. This year I grew some in the polytunnel and in a sheltered area outdoors. The polytunnel plants were awful. Thin stalks, stunted with few cobs and they weren’t anything to boast about. The outdoor plants were nothing to write home about.

On the other hand, we’ve had and are still having more than enough French beans. Tomatoes and cucumbers galore although from three pampered plants we ended up with one aubergine. Maybe I was too kind!

The one crop I started out being really worried for was my leeks. Hah! This year I’ve got the best leeks I’ve ever grown and it’s set to carry on for months yet. Compensation for a mediocre onion crop.

Carrots, brilliant in both quantity and quality. Squashes and pumpkins are doing fairly well, we’ll have more than we need. The scales have tipped to the positive all in all.

My biggest problem this year has been time. It’s ironic, in a year when many were furloughed and gardening to fill their days, we’ve been busier than ever. My book sales went supersonic and the difficulties I had in getting my new book sorted would fill another book!

Our old system worked well enough for the level of sales we had but when those tripled it really was too much. We coped but only just. My brilliant techno-wizard pal has installed a proper online shop for us.

It should be, I think, easier for customers and it’s certainly going to be easier for us to operate. OK, we should have done it a year ago but we are where we are and it’s live now.

I gave the new shredder – a Stihl GHE 105 – a go. Fabulous! I’d severely pruned the pollarded sycamore and had a load of branches to dispose of. In a couple of easy hours the lot was converted into two bags of wood chips for the chicken run. Result! 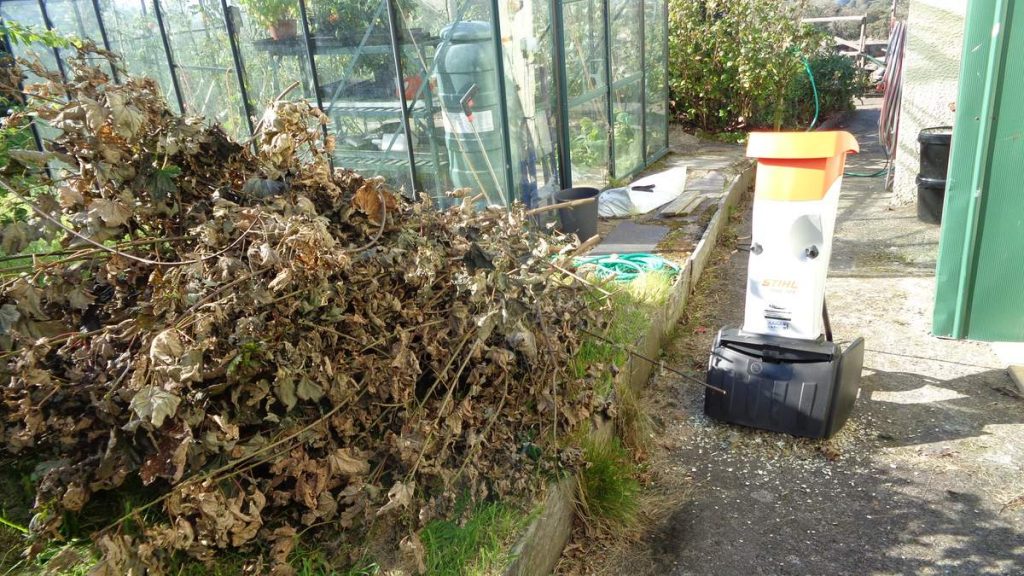 The New Shredder and Sycamore Branches to Shred 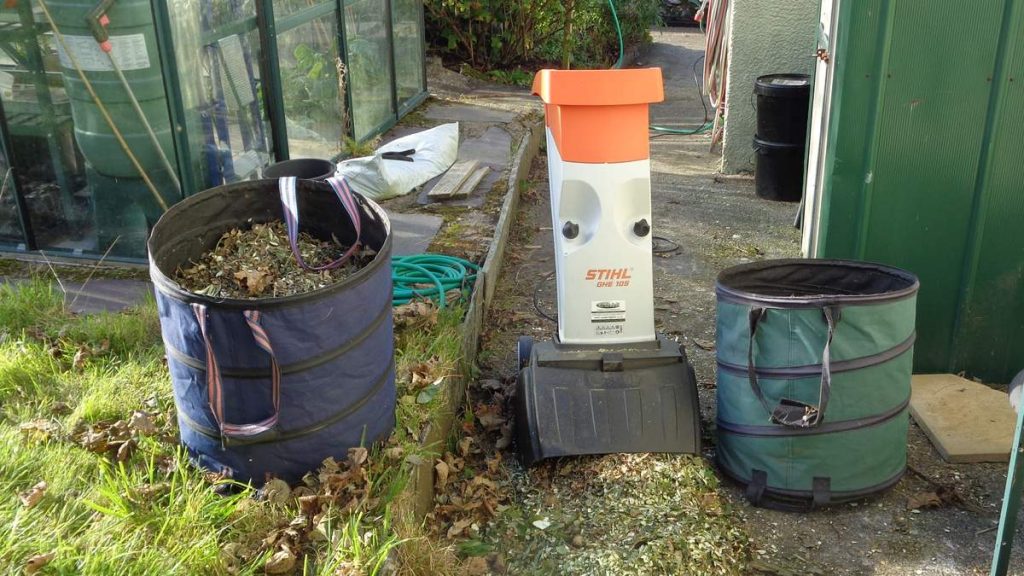 Pests are one of those things all gardeners have to cope with. From vine weevils and wireworm under the soil to flea beetles and caterpillars at ground level to pigeons attacking from the sky.

Luckily for me I’ve not had to cope with badgers round here but we do have rabbits. In the past rabbits haven’t been any problem as our pest control operatives would catch and eat them. But the cats are getting older now and like us all, not as sprightly as they were.

The worst problem I have is down to a local farmer, I use the term loosely, who seems to throw his sheep on the street at the beginning of the season and collects the survivors at the end. As a proper farmer said, “He farms other people’s land”.

So I head up to the plots to find the swedes nearly leafless, the chard down to the ground and the dwarf French beans down to stumps. ‘Oh goodness, what’s happened?’ I thought .. or something less printable to be honest.

The evidence was there, sheep droppings, and the culprits. A pair of scrappy looking sheep. I really think the guy shouldn’t be allowed to keep sheep, he’s a public nuisance.