You can grow anything, anywhere, anytime.. But

The good news is that my back strain is much improved but the bad news is that it isn’t 100% yet. I’m walking near normally now but I really felt the strain carrying a watering can to refill the chickens’ water bowl.

It’s not so bad when the weather outside is awful, although I’ve plenty I could be doing undercover in the greenhouses and polytunnel. When the sun is shining down though, frustration reaches a peak. 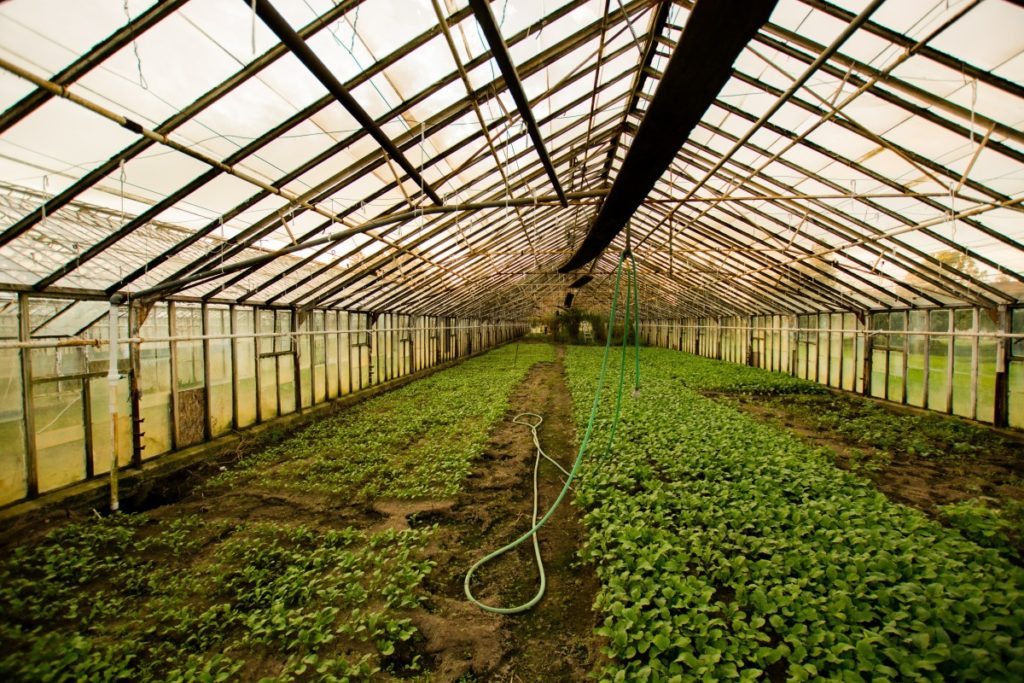 Had an interesting discussion about seasonal food and my polytunnel the other day. It was prompted by an article I wrote about the benefits of home growing and local foods as against importing from sunnier places like Spain a while ago – Hierarchy of Ecological Badness.

The contention was that we shouldn’t use polytunnels, greenhouses, cloches and so forth as they used plastics and energy. We should only grow and eat crops that grow naturally here.

On the surface, that actually seems a valid position. However, in the real world, things aren’t that simple. We have the technology to grow anything, anywhere regardless of season. As I blogged here, you can even grow in outer space!

That doesn’t mean you should. Some home growers actually grow pineapples successfully undercover – but nobody grows them commercially. The economics prevent it, far cheaper to grow in their native land and ship them.

It’s not so clear when we look at salad crops from abroad. The economics are such that we can eat courgettes in January, tomatoes in February shipped in from southern Spain etc. Many foods we can grow here are cheaper to grow abroad and ship to us. But if we imposed a carbon tax to cover the ecological cost of the transport, they wouldn’t be cheap at all.

But if we tax imported foods in a country that cannot feed its population from the available land, the poorest will be hit hardest. They spend a high proportion of their income on food, the rich not so much. Maybe that’s just wrong.

Getting back to growing undercover here.

There are things that just aren’t practical to grow here without providing cover. Tomatoes are a perfect example. You can grow tomatoes outdoors in southern England and most years get a decent crop. Not a hope up in the north. Other crops can do well in the colder areas if you can get them going undercover. Winter squash and pumpkins can do well given a little help to start, here.

Growing undercover enables us to grow more food and a much wider range of foods for a relatively small ecological cost. Just growing crops needs tools and those tools have a carbon footprint. Unless we live like wild animals, we inevitably have an effect.

Unlike animals, we have the ability to offset our carbon footprint and help the ecology. The fact we aren’t doing it too well at the moment isn’t the point, we can do it well given the will. We need to balance things and choose the best – or least worse – course to take.

The more I think about this, the more complicated it gets. So many factors to take into account. Of course there are simple answers. For a start we could kill three quarters of the population. Will volunteers to become compost step forward. Anyone?

What do you think? Let’s talk in the comments below.

4 comments on “You can grow anything, anywhere, anytime.. But”

Leave a Comment Here on You can grow anything, anywhere, anytime.. But Cancel reply