Farmer in the Sky – Growing in Space!

I’ve always been an avid reader and a fan of science fiction. When I was a lad, Saturday morning was spent at the library trying to decide which 4 books I’d be taking home to read. One of my favourites that I re-read recently was Farmer in the Sky by Robert A. Heinlein. It’s based around emigrants from an overcrowded Earth setting up as farmers on Ganymede.

Well it’s nearly 70 years since that was written and we’re still hardly out of orbit. There are no colonies on the Moon and Mars or giant space stations made from asteroids. But I hope I may live to see people landing on Mars and maybe even a colony there.

Now space is huge, at it’s closest point Mars is 34 million miles from the Earth. It’s likely that travelling to Mars will take nearly a year, a lot depends on the technology used, but the point is that it will not be a matter of three days like the 240 thousand mile journey to the moon.

Feeding Astronauts in the Future

So what are those astronauts of the future going to eat? They could take a load of frozen or dried food but that’s going to be boring to eat and expensive to ship. Just shipping to orbit currently costs around $10,000 per pound.

As well as food and water, you’re going to need to send oxygen for your astronauts to breathe. This is where plants really score – they take in the carbon dioxide we breathe out and exhale the oxygen which we breathe in.
Some plants go further and actually filter pollutants out of the atmosphere as well. NASA found that spider plants were found to be very good at removing formaldehyde from the air. That will be a very useful trick for space travellers. The build up of pollutants is a serious problem in closed cycles. 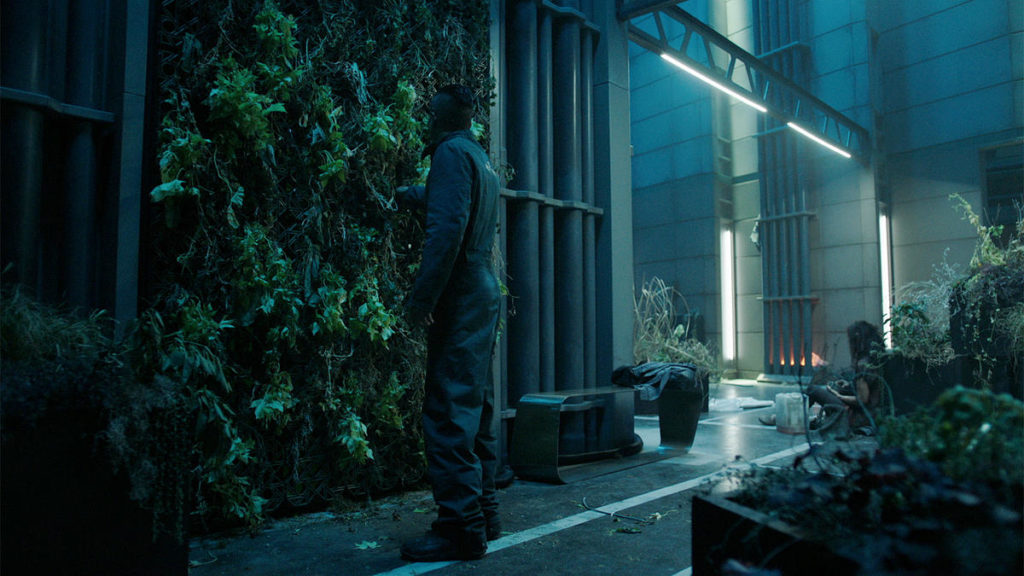 Fans of The Expanse brilliant TV series will recall that the botanist, Prax, began installing various plants – including spider plants – on the space ship Rocinante to clean the air after he was rescued from the collapsing Ganymede farms that supply food to the asteroid belt inhabitants. I don’t think there’s any special reason to build farms on Ganymede so I suspect the authors may be tipping their hats to Farmer in the Sky! 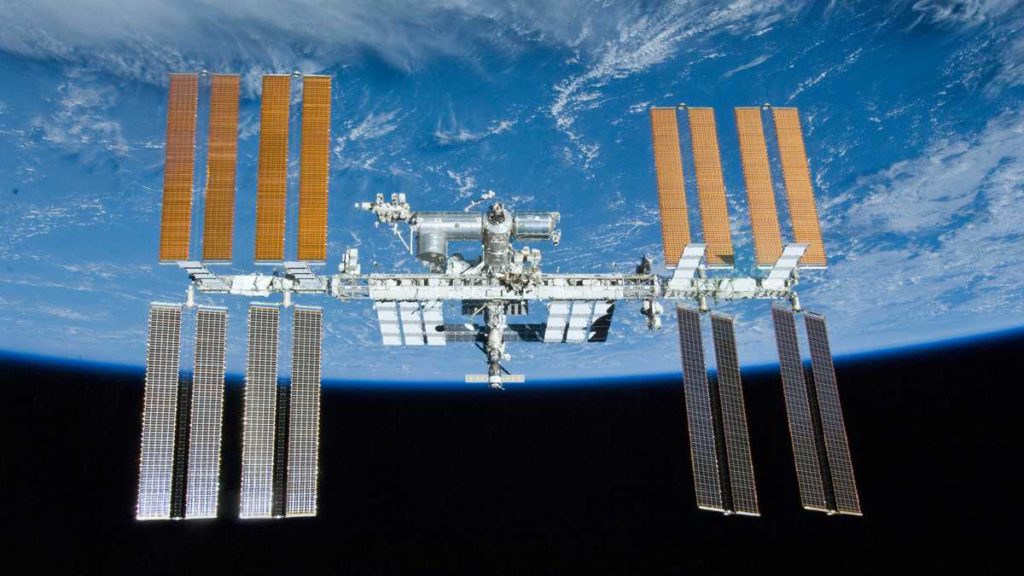 International Space Station in orbit around the Earth 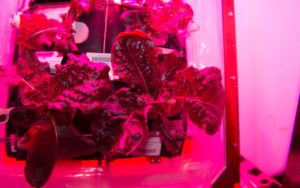 So growing plants makes a lot of sense for long term space missions and is a must for colonies on the Moon or Mars. It’s no surprise that NASA is researching growing on the International Space Station. Last year the crew of Mission 44 Scott Kelly and Kjell Lindgren of NASA, together with Kimiya Yui of the Japan Aerospace Exploration Agency (JAXA) became the first people in space ever to eat something grown off Earth when they sampled their harvest of “Outredgeous” red romaine lettuce.

The three first tasted the lettuce plain, before also trying it with extra virgin olive oil and balsamic vinegar. They saved a few leaves for their Russian cosmonaut crewmates, two of whom were out on a spacewalk.

NASA considered a number of factors when deciding what to grow. Ease of growth and suitability for growing in a zero gravity hydroponic system, nutritional content and taste being important factors.

Taste is actually more important than you may think. One of the effects of zero gravity is that the sense of taste is reduced. This is because fluids rise into the head so many astronauts feel congested as if they had a head cold. As we all know, a heavy cold kills our sense of smell and consequently taste. 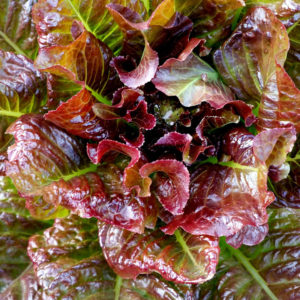 Despite all the solar panels on the International Space Station, power is at a premium. Space stations have a lot of machinery to keep running and there’s the incredible cost of lofting solar panels into orbit so what they have is the minimum.

Since the plants are grown under artificial light which uses power, the ability to grow under low light levels is very helpful.

It’s also helpful that OutREDgeous is fast growing – seed to salad in just 33 days. Fast growth means a fast turnaround, which is a must when space is limited as it is on the space station.

Now I don’t think I’ll ever get into space but I can get to grow space lettuce. Suttons are offering the Outredgeous lettuce seeds for general sale.

Leave a Comment Here on Farmer in the Sky – Growing in Space! Cancel reply