The greenhouse vent is fixed, emergency repairs to the polytunnel, over-wintering broad beans planted out but I’ve broken down! 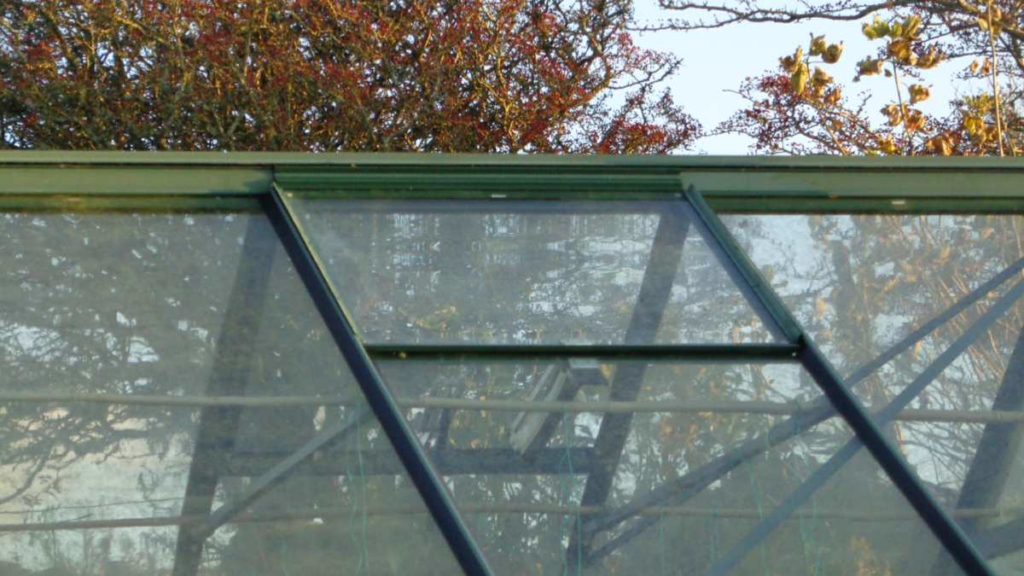 The first job was to repair the damaged opening vent in the Vitavia greenhouse. When I realised the vent frame was damaged I’d contacted them and they immediately sent the part. It’s one of those 5 minute jobs that too often change into an hour but it only took 10 minutes!

Knowing that it was likely to be a problem sliding the vent out of the channel in the ridgebar, I brought the WD40 spray out. Undo the autovent, lift and slide the vent out. Spray the nuts and bolts holding the vent together because, being aluminium, they do oxidise over time.

Take the vent apart, put in the new top piece and nearly ready but take the opportunity to clean the glass first before re-assembly. Slide back in and reconnect the autovent. Job done, no problem!!! 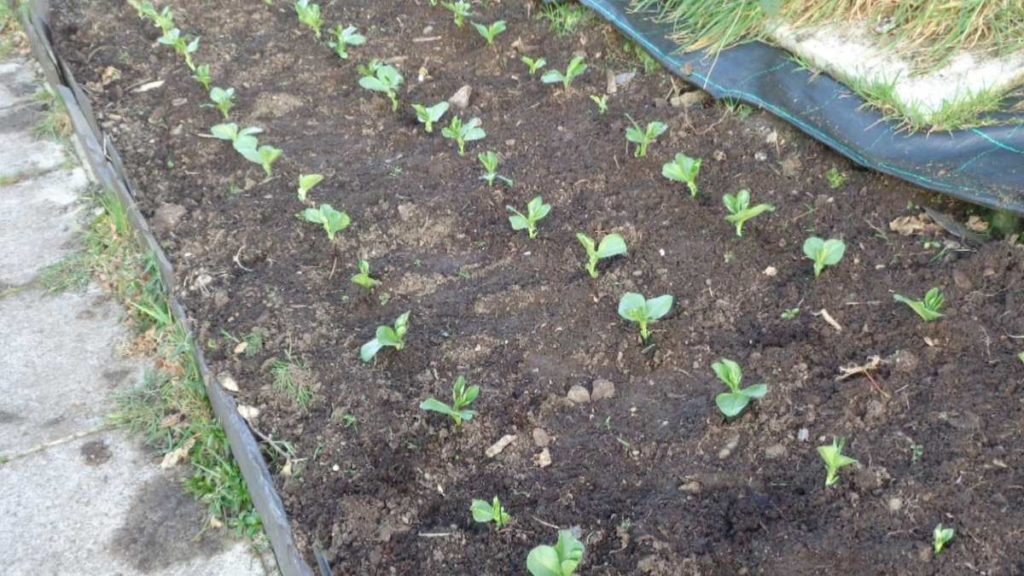 Broad beans, Aquadulce Claudia, planted out in the side border.

Up to the polytunnel next. Early this year I sowed some broad beans directly outside and the germination rate was awful. Whether it was the seed or slugs on emergence or even rabbits, I don’t know. Anyway, I sowed these beans in pots in the polytunnel. Germination was pretty fair, a few failures but that’s to be expected.

They’ve been planted out in the side border of the walled vegetable plot. They’re Aquadulce Claudia which are still, in my opinion, the best variety for late sowing. They’re extremely hardy.

In the spring I’ll be sowing some Karmazyn. They’re a compact, pink-seeded variety which crop well, freeze well and taste well. Their harvest should follow on from the Aquadulce.

The last picking of French beans (Climbing var. Cobra) – enough for a serving. Then started taking the plants out, unwinding the stems from the strings. Outside I’d have left the roots in the ground to rot down and add humus as well as nitrogen but in the polytunnel, I pull the roots out. This is because I’ll be sowing next year in the same place and I’m part-changing the soil instead of following a rotation. 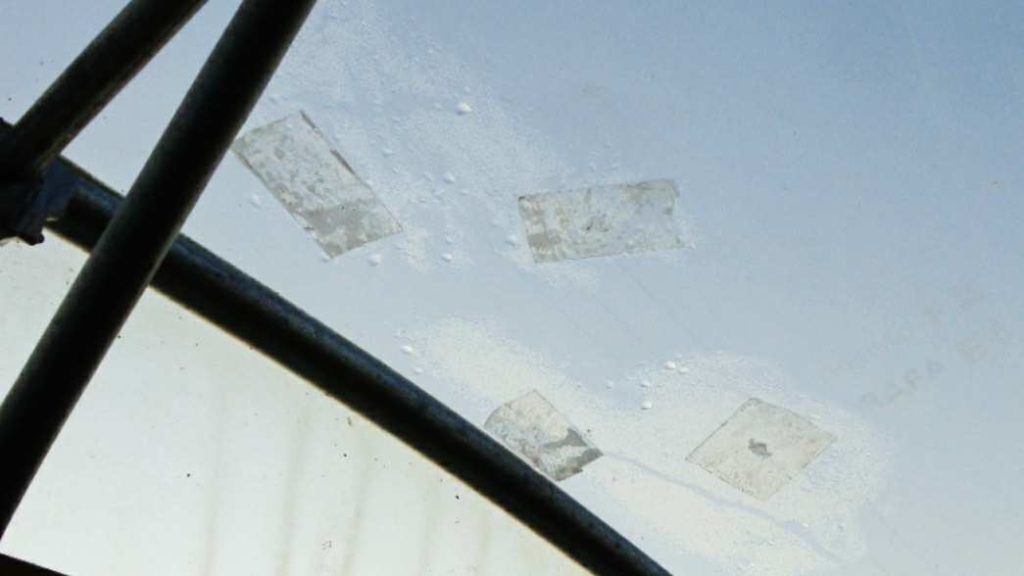 This was when I noticed the holes in the top of the polytunnel skin. The other day I opened up the tunnel and there was a small bird flying about in there. Obviously it was desperate to get out and tried to peck its way out through the roof.

The worry isn’t the holes as such, a small hole isn’t going to make a significant difference to the temperature in there. The worry is that the hole spreads like a tear, ripping the cover in a storm.

Happily, it’s not too big a job to repair. When I had the tunnel, Firstunnels supplied some rolls of repair tape. It’s just like Sellotape but larger and tougher. Cut to size and smooth it on. Incidentally, if you have a greenhouse with horticultural glass and a pane cracks, this type of tape will hold it until you can get a replacement fitted.

Now it’s all gone pear shaped. I shifted some bags of compost and twisted as I lifted as my foot slipped… I’ve pulled a muscle in my lower back and it’s a bad one. I’m hobbling around at the speed of an elderly snail and bending or straightening is painful. In fact; just sitting, standing or lying down is painful which doesn’t leave many options.

Maximum dose of Ibuprofen and Ibuprofen gel rubbed into the area helps but the cure is rest and time. So, the weather is dry and even sunny and I’ve a lot to do outside but it’s not going to happen. I know the worst thing I can do is push too hard. I’m going for a lie down now.