It’s been one of those weeks. We all have them, plans are made and then something comes up. So I’ve not got much done on the growing front. 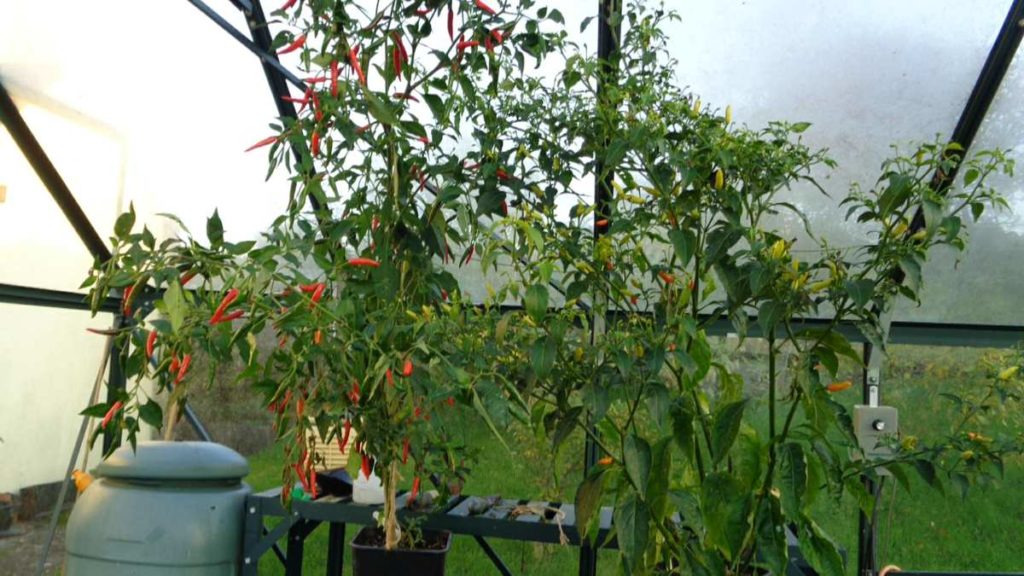 Piri Piri and Tabasco Chillis – the Piri Piri ready to harvest but the Tabasco have a way to go yet.

Being effectively self-employed does, in theory, mean I can control my time and take advantage of decent weather to get outside. Working when it rains. In practice things don’t always work that way. Jobs come in and need doing immediately so they take priority and the day is lost. Oh well, not too long now until I get my pension and can fit in all the jobs I want to do!

And now the clock’s have changed and it will be dark around 5 pm, further limiting time outdoors – unless you’re a morning person, which I’m not.

Over in the big Vitavia greenhouse I noticed one of the opening vents had a problem. It appears the top of the vent had caught on the frame and the automatic opener forcing it had twisted it, crumpling the metal. Never had this before!

Anyway, I rang Vitavia and explained what had happened and the part needed to fix it. Two days later it arrived in the post. That’s what you call great service. Another job to put on the list.

Temperatures are dropping quite quickly now, it’s gone down to 4º C in both the greenhouse and polytunnel at night and it’s set to get colder. The cucumber has given up and died, but I can’t complain. It’s been incredibly productive through the summer. 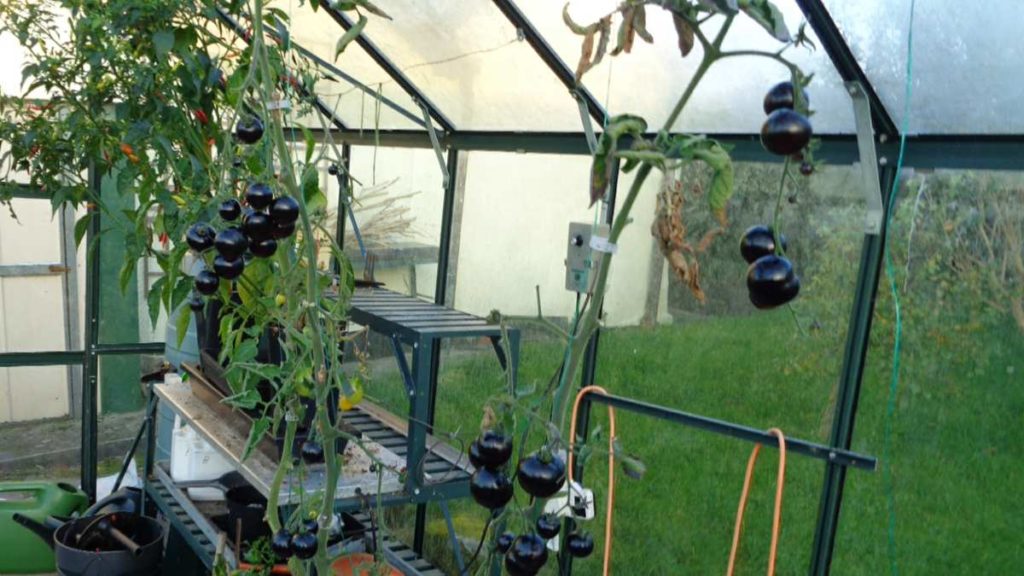 The Piri Piri chillis are mainly ripened so they’ll be harvested which just leaves the Tabasco. They’re near but will they be done before the weather does for them? The cayenne peppers have been dried and ground up, making our own chilli powder.

That just leaves the border which has some lettuce in and a flush of chickweed which will get fed to the chickens. I swear the chickweed fairy comes at night to scatter seeds!

On the Patio – Trip Down Memory Lane

Val edges the patio with flowers in pots. It’s always nice to come up to the front door with some bright colours. Not quite the displays she achieved in Crewe but we lack a south-facing, sheltered sun-trap! We tried hanging baskets the first year here, not realising the winds would literally blow them horizontal!

Mind you, this must have been a particularly good year judging by the ripe pumpkins on the table. It was taken on the 1st September 2006. 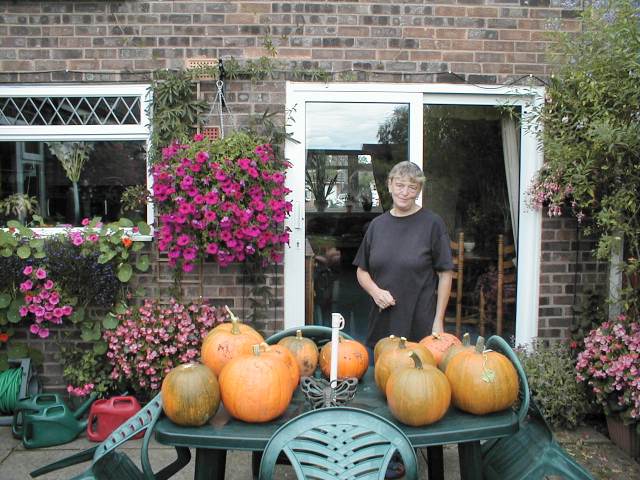 Back garden at Crewe in September 2006

Anyway, she’s emptying the pots where they’ve finished for the year ready to plant some winter colour. These pot mums have decided to flower now the weather is cold. The wind is bitter. I wouldn’t be surprised if we get a cold snowy winter. 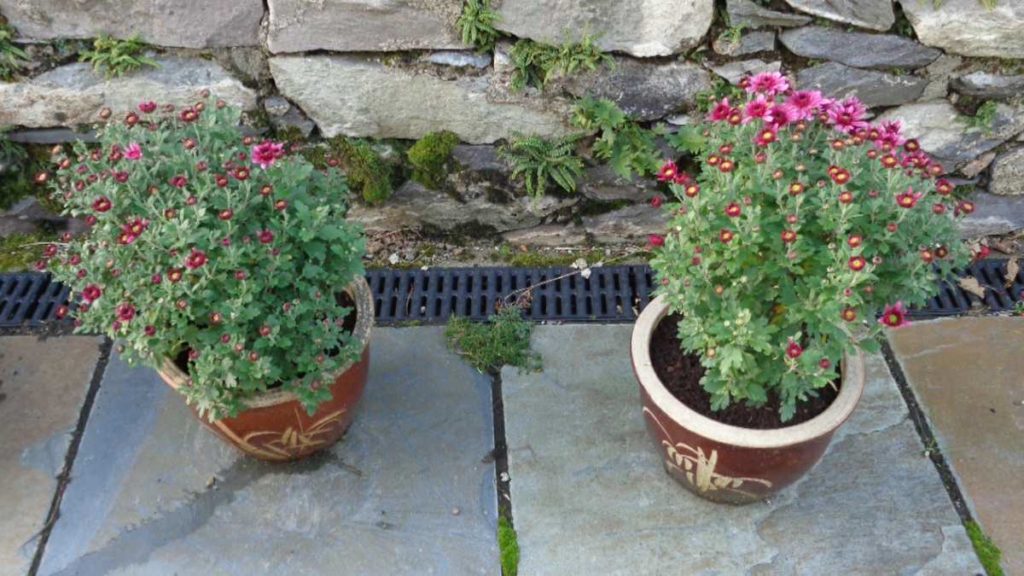 Both the runners and French beans are finished so they’re to come down. There might just be one meal’s worth of French beans but that’s it. I’ve still some carrots in there which can come up as needed although they’re not going to be growing much now.

The only crop I’m waiting on are the sweet potatoes. I’m not sure what the crop will be like until they get dug up. The leaves are just starting to yellow so we’re probably a week off harvesting. Despite being in the polytunnel, I just don’t know if they’ve had enough heat. By all accounts, it’s hard to be too hot for sweet potatoes in Britain. I’ve had a firtle in the compost but I can’t tell if there are any decent tubers under there.

I read that they were a favourite of King Henry VIII who had them imported from Spain. The Spanish had brought them back from the New World along with the ordinary potatoes.

Apart from those, it’s just a matter of tidying up and preparing for next season. Growing in the winter in the polytunnel is not easy here. The problem being the high humidity. Snowdonia is noted for being damp and we’re quite near the coast which adds to the problem. High humidity means fungal diseases and moulds are almost certain in the tunnel.