I think it’s fair to say that our society has lost a lot of its connection with our food supply. People expect what they want to be available on the shop shelf whatever the season. 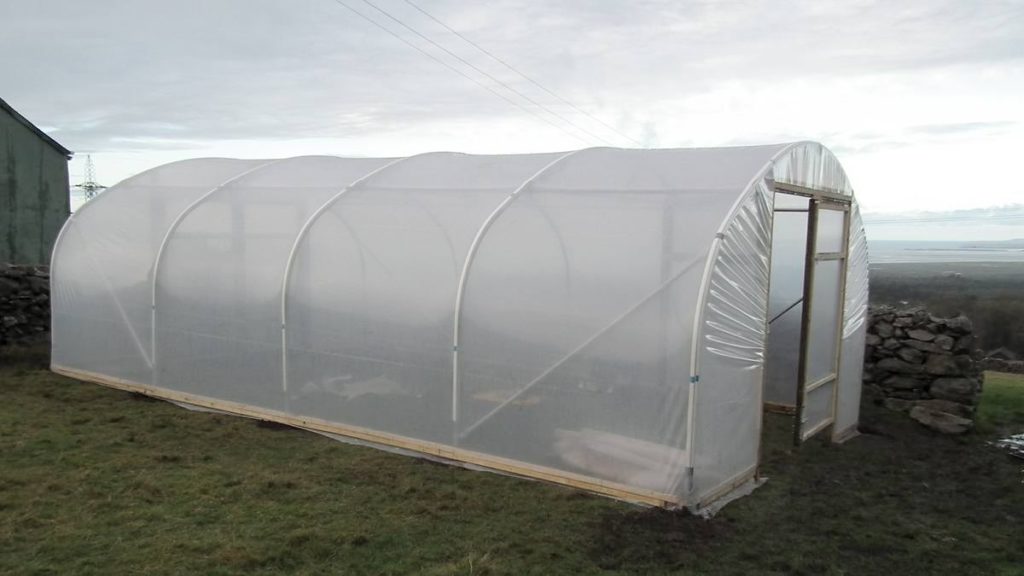 My Polytunnel – turning March into April

To provide tomatoes in the depths of winter or courgettes in February we simply import them from warmer countries. A lot of fresh salad crops come to us from southern Spain, some crops from further afield like Africa. Surprisingly, the transport cost to importing food from Spain is not that expensive financially.

I did a few ‘back of the envelope’ calculations and reckon the cost of shipping a lettuce from southern Spain to the UK is probably less than 3p. You can get a lot of lettuces on a big lorry.

But there is another cost, the cost of the effect on the environment. That lorry load of lettuce has produced about 1.8 to 2 tonnes of CO2. Plus particulate pollution from the exhaust. And that’s just to get them to the country.

Then we’ve the cost of getting from the ports to the distribution centres and onwards to the shop shelf. That could easily be another 400 miles or half a tonne of CO2 pumped into the atmosphere.

Finally there’s the cost of travelling to and from the shop, albeit for more than a lettuce.

This leads me to a hierarchy of ecological badness.

There’s a problem though – we don’t have the warm, sunny climate of southern Spain. Certainly not in January, even in the south east. To extend our our growing season we need to provide better conditions than nature. But what are the costs of that?

One of the few people I follow on Youtube, Bruce Darrell of the RED (Research Education and Development) Gardens Project in Ireland has produced a video looking at the ecological cost of producing vegetables in a polytunnel against importing from Spain. His conclusion is that his polytunnel’s cost in terms of CO2 is about 131 Kg of CO2 per annum –  roughly a third of the transport cost of imported vegetables from Spain. 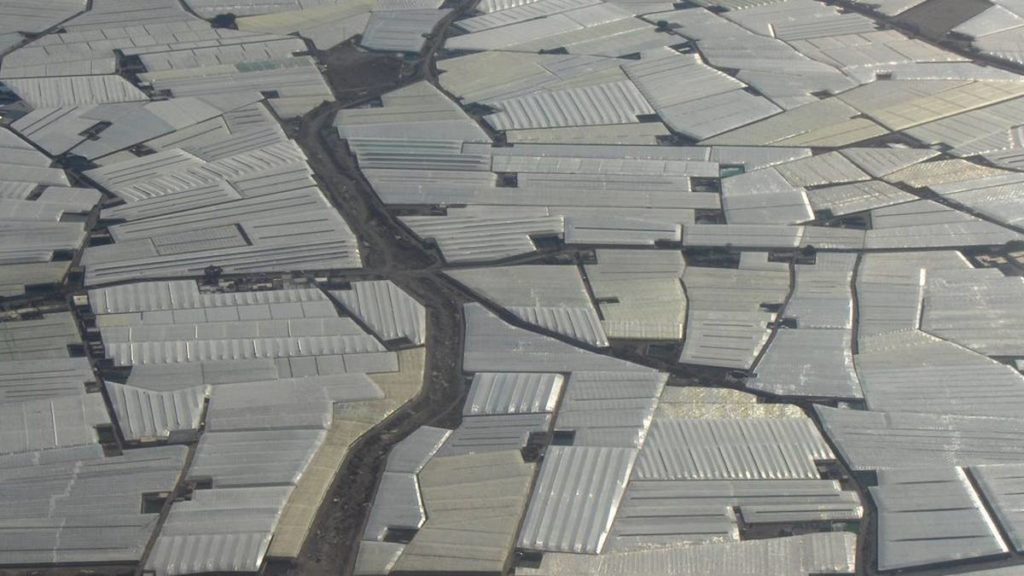 Almeria has become a sea of plastic

What he doesn’t say or take into his calculation is that the growers in Almeria are growing under plastic anyway. The whole area is a sea of plastic. On top of that, unlike producers like Flavourfresh who use minimal spraying only as a last resort after biological controls, there is that much pesticide being used in Almeria that problems are developing in the population. There’s an eye opening article in the Guardian about it. 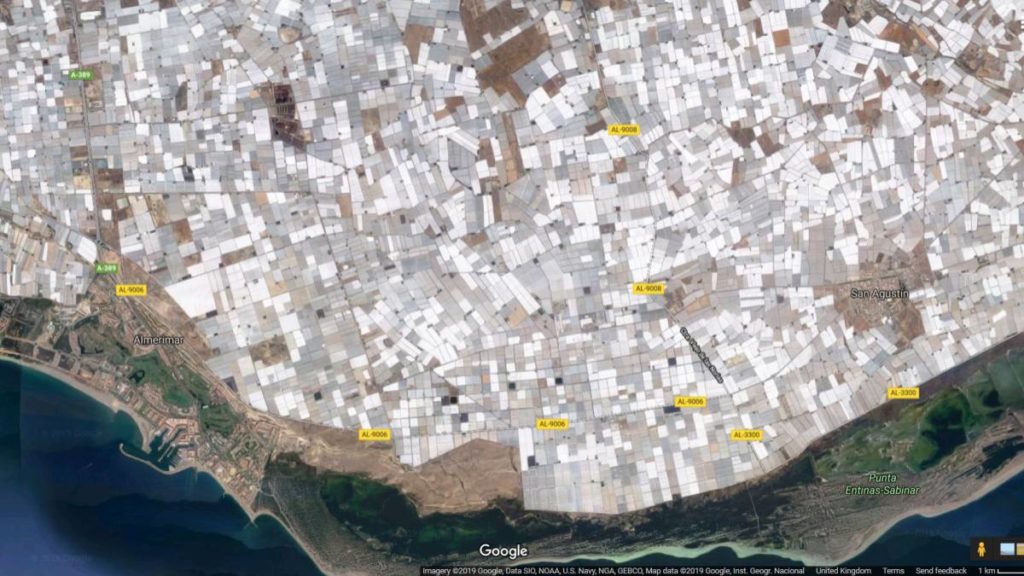 Almeria Google Map View of the Sea of Plastic 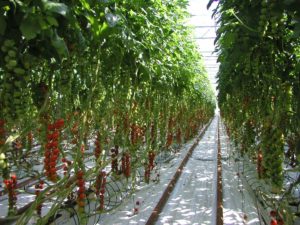 Rows of tomatoes in the climate controlled glasshouses at Flavourfresh

But if you want fresh tomatoes in January, grown in this country then you’re going to need to provide heat and light. I remember talking with the manager at Flavourfresh Tomatoes about this when I visited some 11 years ago.

To produce during December, January and February they would need to install grow lights which they wanted to power from wind turbines but they were having problems getting planning permission.

The heating side was based on fossil fuel but the CO2 was pumped into the greenhouse to aid production. So the carbon was being sequestered by the plants. I’m not qualified to perform an ecological audit but I’m sure it’s better to produce off season in a heated greenhouse like that rather than import from a 1,000 miles away.

For most home growers, I really can’t see it being practical to grow something like tomatoes all year round. But here’s a radical idea… Only eat what is in season.

12 comments on “Hierarchy of Ecological Badness”