Since the weather is insisting of being rotten, wind and rain, concentrating efforts in the polytunnel and a bit of general planning for next season. 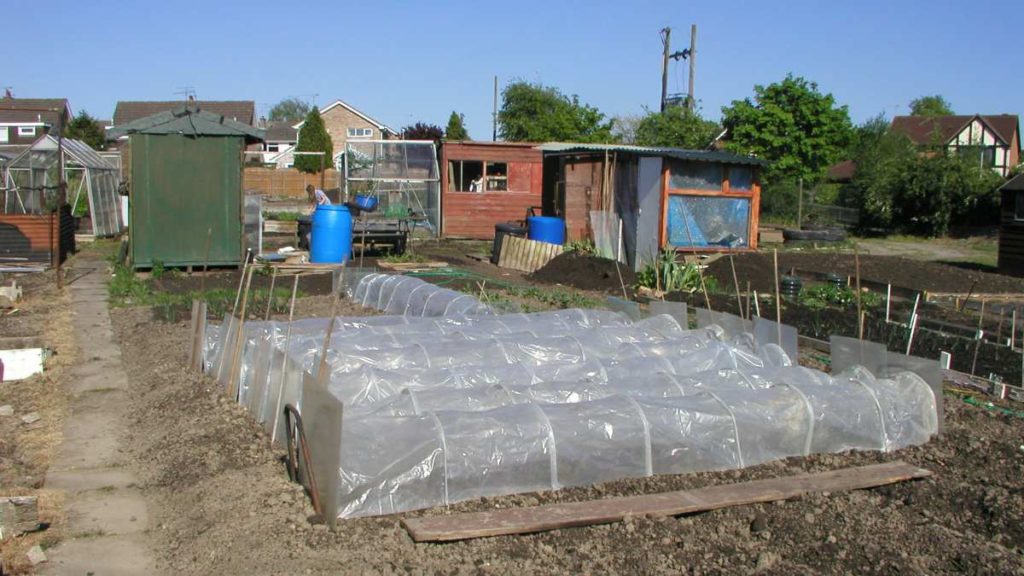 Sweetcorn Under Cloche in April

For the last few years I’ve grown my climbing beans and sweetcorn in the polytunnel. It’s not to extend their season so much as to protect them from our winds here. Next year I’d like to move them outside.

I hope they’ll be sheltered enough in the walled veg garden to do OK but even in there I need to adapt a bit. I like to get my sweetcorn started under cloche but I’ll need to fix the tunnel cloches down better. Maybe string over them staked into the ground or tied onto rocks.

The climbing beans probably won’t stand on the tipi system I used to use. I think the answer will be to use a dog-leg runner bean frame. A winter building project. 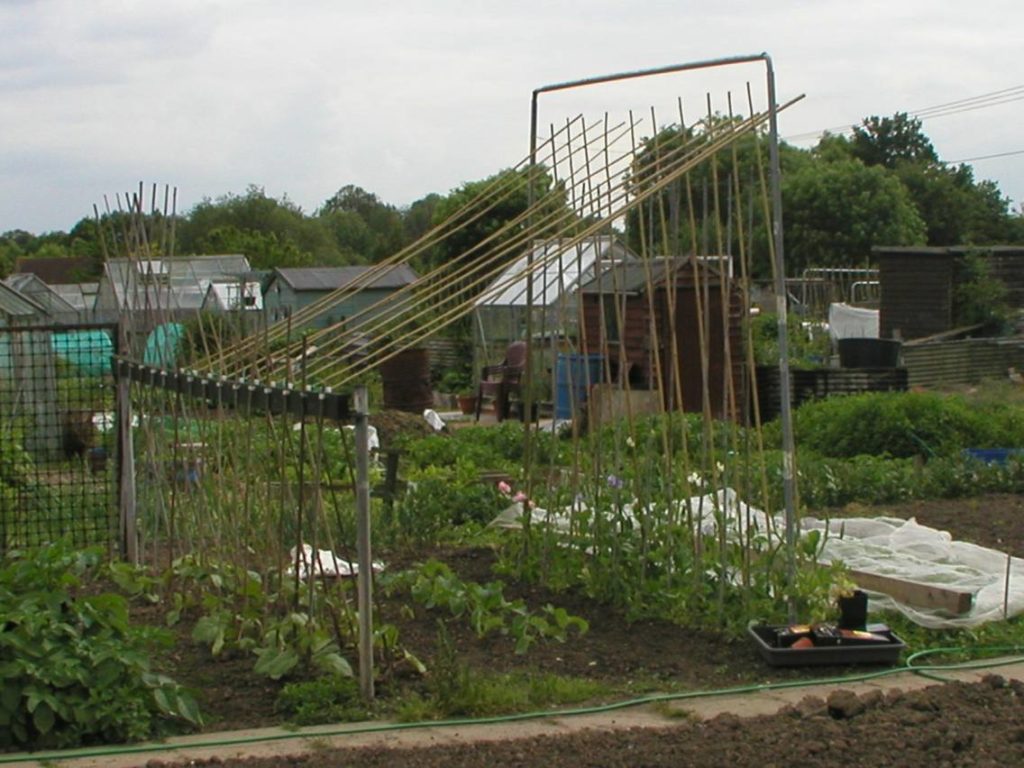 The runner beans in the tunnel seem to have finished for this year. There’s about half a dozen flowers and no more beans developing on the plant. They’ve really not done that well this year. Time for the plants to proceed on the great circle of life to the compost bin.

The French beans, Cobra, have done alright although I’ve had better years with them. They’re still producing, but near their end too. Next year I will grow Blue Lake instead. I’ve grown those before and they’re a pretty decent bean.

I’ll probably still grow some beans in the tunnel – climbing Borlotti – they do need a long season but the beans are so useful for bulking out stews and casseroles in winter.

Because the polytunnel is the most demanding growing space, I’m concentrating on improving the soil in there as best I can. Rather than just chucking fertiliser on, I want to improve the structure and microbial fauna in there. To do that I’ll be adding compost and in some deep raised beds, Soilfixer SF60 Super Compost.

The problem with the SF60 is simply the price. It’s quite expensive although the idea is that it permanently improves rather than an annual fertiliser.

Anyway, in some beds I’m going to add biochar which I think will do it the world of good. According to everything I’ve read, biochar needs to be ‘charged’ before using. There seem to be all sorts of ways of doing this – some simple, some as complicated as alchemy.

I’ve gone for a fairly simple method. The biochar was tipped into a trug along with some pelleted chicken manure, some fresh chicken droppings and finally SM3 seaweed extract. Mixed well and then filled with water.

Hopefully this will get it off to a good start, helping the microbes populate the micro fractures and so forth. The trug can stay in the shed for a month before I use it. Like all natural processes, you need to add time. See Charging (Activating) Biochar