We’re past the Autumn Equinox now and so officially into the “Season of mists and mellow fruitfulness” as John Keats wrote 200 years ago. The leaves are turning brown and starting to fall thick and fast. 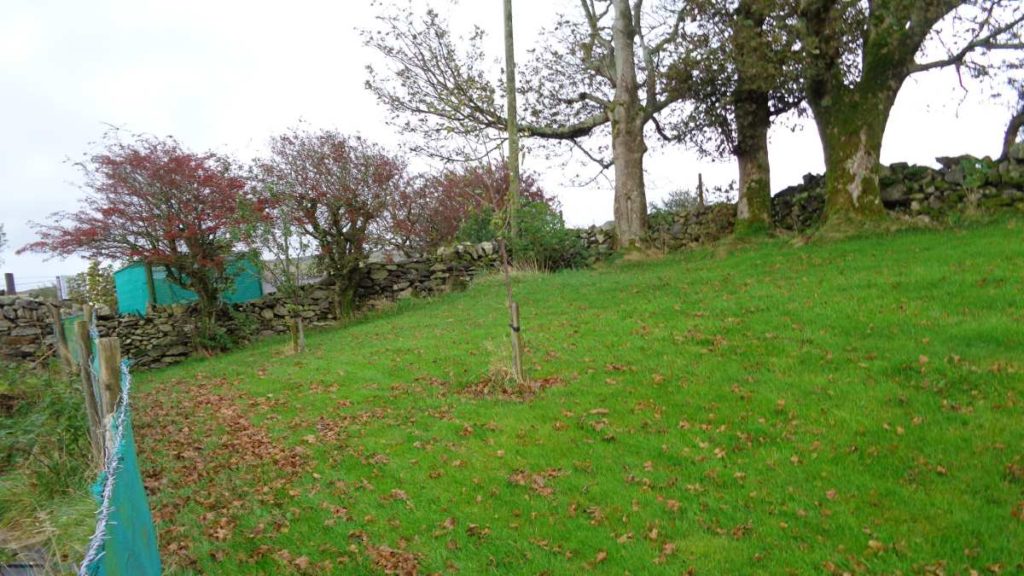 There’s not a lot of nutrients in autumn leaves. The reason they turn and fall is the trees take the nutrients out before shedding them and store them in the roots to power the explosion of growth next season.

That’s not to say fallen leaves have no value. Left on the ground for the worms to take down into the soil they improve soil structure. Made into leafmould they’re useful for home made seed composts as well as soil improvement. Seeds don’t need high nutrient levels – they come with their own power source – but they like a good structure to the potting mix.

Pretty soon I’ll be out with my leaf vacuum collecting leaves. Where they’re thick on grass I’ll just run the mower over to collect them. 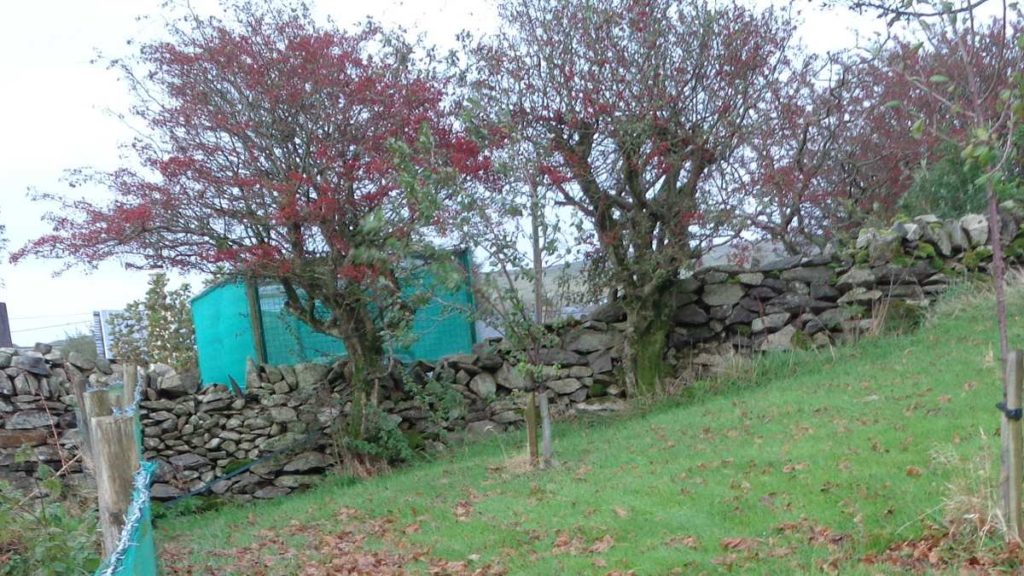 I don’t think I’ve seen the hawthorns so laden with berries as they are this year. From a distance they look like they’re red bushes as there are so many. The rowans are also carrying a load this year and the elderberries that have taken have enough for a few casks of wine.

They say a heavy berry load heralds a hard winter. If that’s true, we’re going to have a winter to rival our first here where it hit minus 15ºC. Boy that was cold but it killed off the slugs and snails.

We were running out of seeds to give away with our books so I contacted Suttons to see if they’d be willing to send some more. Unfortunately they’ve changed their systems so it seemed we’d not be able to keep the offer. However, we had a chat and they’ve been able to send us a selection from their current range after all.
Happy to say we can keep the offer of free UK post & packing plus seeds with a value over £9.00 running this year. See our books here. 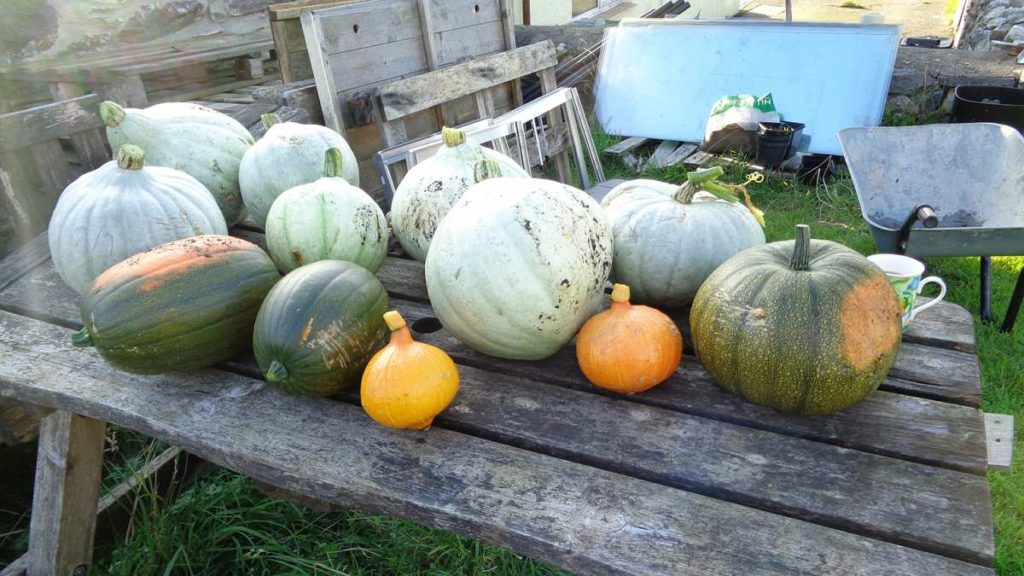 Harvested three more pumpkins which were well hidden under the foliage and another couple of uchiki kuri squash. There’s still a few squash and a pumpkin left on the plants which aren’t quite ready yet.

Once off the plant, they go onto the table to cure in the sun (what we have of it!) for a few weeks before being taken in to store. This actually improves the flavour of squashes as some of the starches turn into sugars.

I think this winter we will mostly be eating squash! Luckily we’ve a few squash recipes on the site and some lovely pumpkin recipes too.

Affinity Water who serve areas in the south east have announced they intend to introduce hosepipe bans next year as rainfall has been below average for the last three years.

They’re complaining their customers use more water than average. But conveniently ignoring that they’re near the top of the league table for water companies with a poor record for leaks.

Regardless of the rights and wrongs, gardeners in their supply area would be wise to look how they can collect, store and distribute water for next season. Not a problem we share in wet West Wales, thank goodness!

Leave a Comment Here on Autumn is Here Cancel reply