Back in July I decided to start bringing some more land into production for next year using a sort of permaculture method. Since I don’t like wasting resources and land is perhaps the most important resource we have, I decided to use the space this year for squashes and pumpkins. 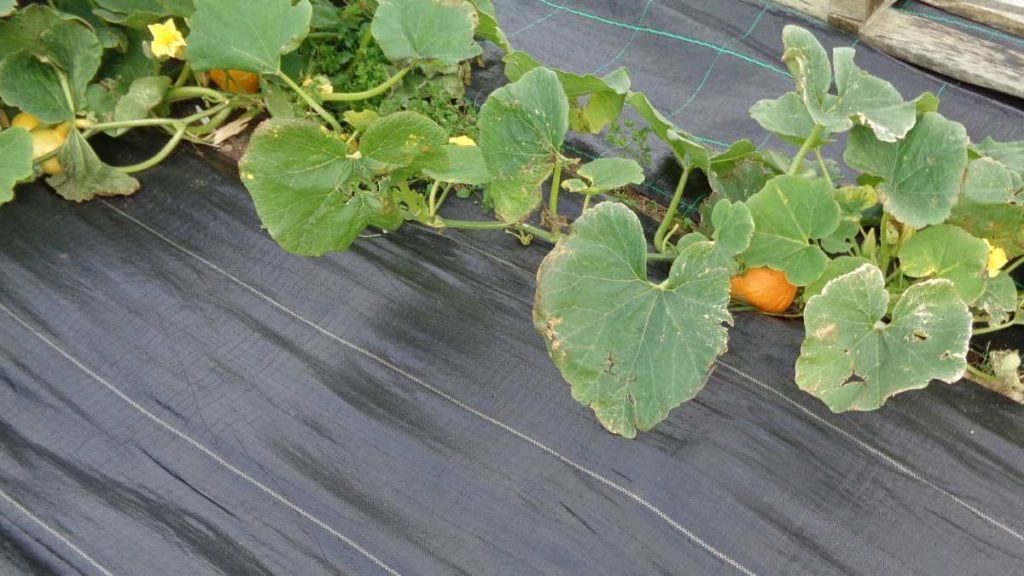 I don’t know why but I’ve not grown any squashes or pumpkins since we moved here and I wasn’t sure how they’d do in these conditions. Well the results such are that I’ll be growing them each year from now on. Especially considering how I’ve done next to nothing to help them since they were planted out. And they were late being planted out to boot!

I planted out 4 varieties – Jack O’Lantern Pumpkins, Hunter Butternut Squash, Crown Prince Squash and Uchiki Kuri (Oochy Koochy as we call them) Squash. They went into a cubic foot of home made compost between weed membrane.

All well and good until we had one of those three day heatwaves that have been a feature of this otherwise mediocre, cool summer. Half the plants were roasted to death. Black membrane, hot sun – ouch! Since then I’ve done nothing with them, just left to get on with it. The plants that survived seem to have thrived on neglect!

The Uchiki Kuri (photo above) have produced some fruits, a little smaller than those their brethren grew in the polytunnel but respectable anyway. 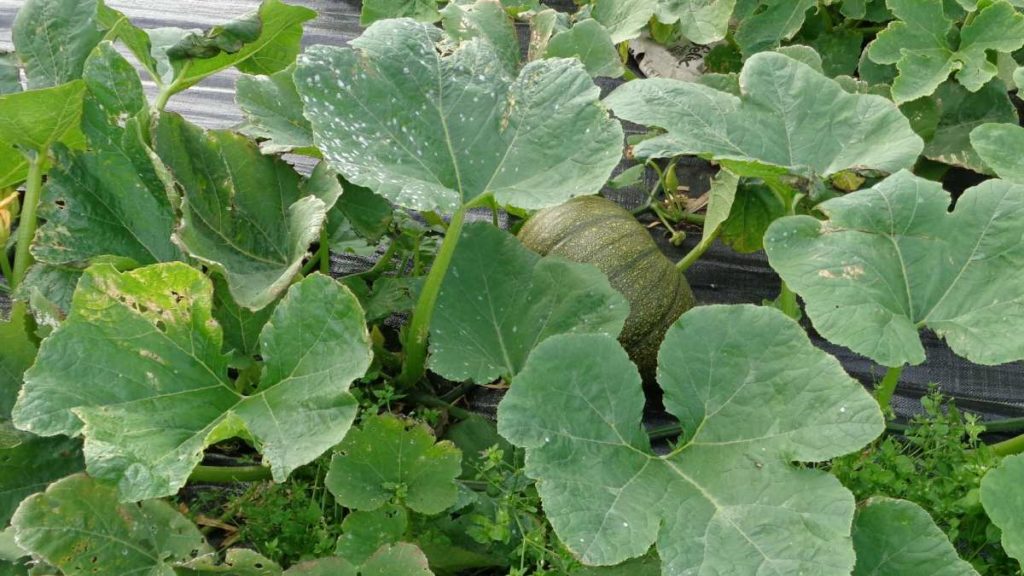 There’s a couple of decent pumpkins coming from the surviving plant. One’s promised to my grandson for Halloween and the other to a friend’s daughter. I just hope they swell a bit more and colour up before the big day. I’d have liked a couple for us to eat but them’s the breaks! 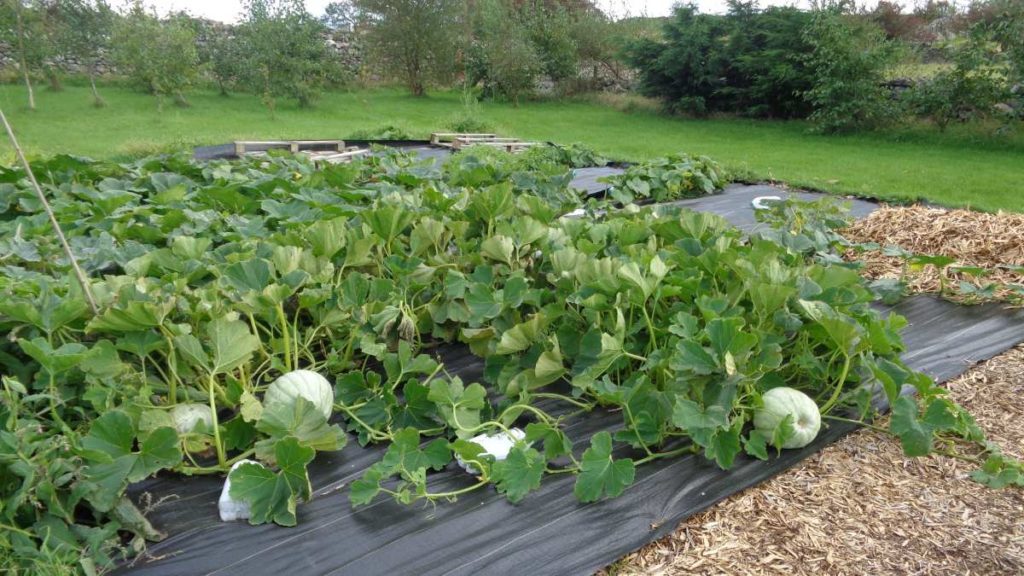 Squash Crown Prince – Large fruits and lots of them!

The Crown Prince Squash are doing extremely well. Some are huge and I think there are nine fruits, possibly eleven. I kept losing count. It’s me age, me dear. All depends if they live up to their reputation for flavour.

Should be Hunter Butternut Squash 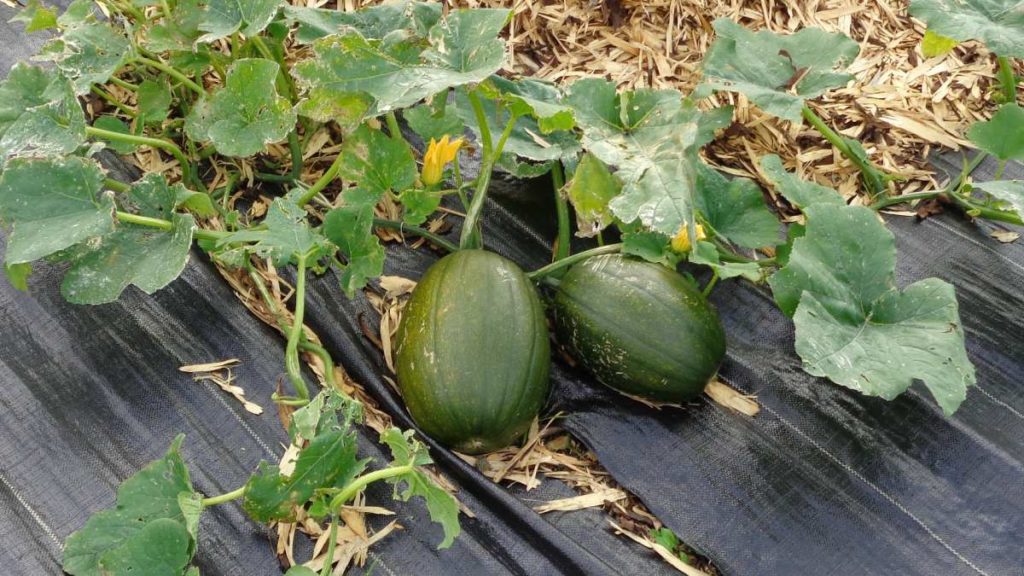 Squash Should be Hunter Butternut Type

Now this is weird. These should be Hunter, a butternut squash. But they’re nothing like a butternut squash should be. They’re more like a sort of large green marrow. I realised after a bit of thought that the only reasonable explanation is cross-pollination between the Hunter and the Crown Prince. I may be wrong but if you know better do say in the comments. We’ll have to see what they taste like.