Losing the Plot (as in My Marbles)

September is turning out to be quite nice, better than August. Just a tip, if you’re fancying a break in Wales or anywhere on the west coast September is a good bet for decent weather. Which is why it is my last chance to get the new greenhouse built before winter. 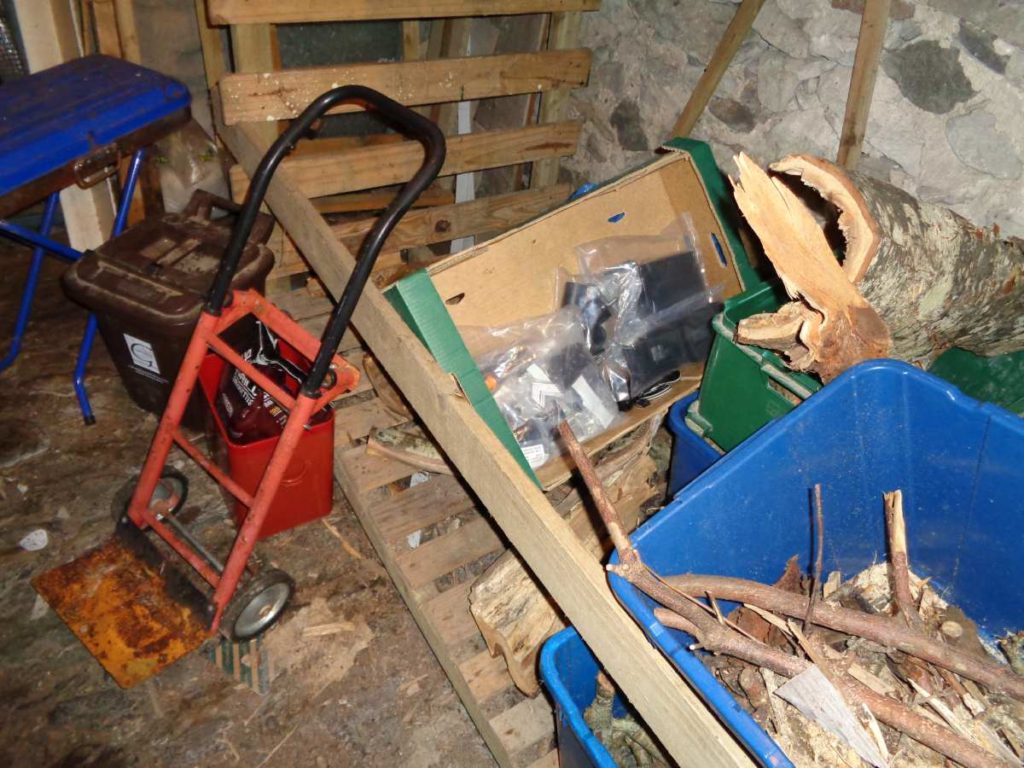 Greenhouse bits in the woodstore.

As the summer rush of tasks is over and we’ve some dry weather with only gentle breeze it’s time to build the new greenhouse. As you may recall, the last greenhouse blew down in a storm 4 days after being finished. Since then I’ve built a windbreak to the exposed sides which should mean the new greenhouse will survive the next set of storms.

Since I knew I’d the cataract operation coming up and wouldn’t really be in a position to do much for a while, I decided to unpack from the boxes. That let me get rid of the cardboard before it became a soggy mess. I left the large parts out and put the small parts in a safe place.

Now you’ll probably see this coming… I decide to make a start and go into the big shed for the bits. Now where did I put them? I can’t quite remember, must be somewhere obvious. I can find the saved bits from the old greenhouse but not the new.

After about half an hour, I wonder if I actually put them in the big shed but no sign in there, nor the potting shed. Long story short – days of searching follow but no sign. Not just me searching but other people too. I’m serious, I must have spent 5 hours searching fruitlessly places I’ve already searched twice.

Eventually I think they must have been put in the bin by accident. Start to make a list of what I’ve got and what’s missing. I plan to ring the supplier, explain what’s happened and buy replacements. Embarrassing to say the least. And they’re bound to turn up immediately the replacements arrive.

Then Val noticed a box in the wood store that the cat has knocked over. She found them!! Because I knew they weren’t in that box, I’d ignored it.

There’s actually good weather forecast for the rest of this week – so it’s even possible that I’ll have the new greenhouse up by next weekend.

One comment on “Losing the Plot (as in My Marbles)”