Another new person and an unusual pumpkin problem

We have a chap leaving the site so a vacant plot will be forthcoming – but a new lamb to the slaughter has arrived! Seems an interesting chap – looking forward to seeing what he does with his plot. I suspect it will be different. 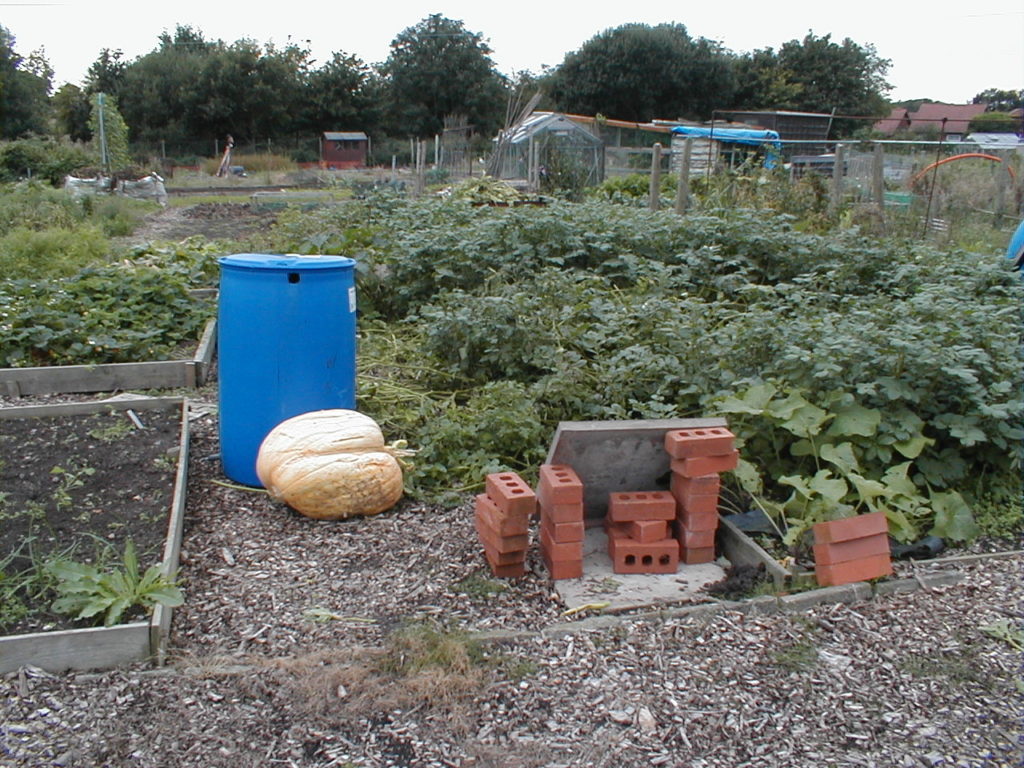 Decided it was time to harvest the squash and pumpkins on plot 29. The first pumpkin had managed to grow trapped between the water butt and the kerb. Drained the butt to move it then managed to get a very large but strangely shaped pumpkin out.

The second pumpkin was small but looked fine until I lifted it. Realised it was rotted through from the base.

Onto the third and largest pumpkin. The plan was to move it to the table on plot 5. Well I could hardly lift it. I think I will have to have help to get it into the car!

I planned on taking some photographs but realised the camera was still on the kitchen table. My mind is going, I can feel it. Soon I will be singing Daisy. (If that makes no sense to you, you need to have seen the best science fiction film ever made – 2001, A Space Odyssey. Hear the sounds!

Sorted out the onions drying in the coldframe and took them home along with the squash from plot 5.

Put 4 nice butternut squash on the table to dry a bit and brought 2 home that have splits to transform into squash mash and freeze as I don’t think they will store well,

Tomatoes and strawberries went into the bags and that was it.

Harvested the calabrese from plot 29 – funny thing is that I thought they were cabbages when I transplanted the seedlings. Label mixup. But as we have loads of cabbage this was a pleasant surprise.

I managed, just, to carry it all home.

Blanched the sweetcorn from the other day, the calabrese and some peppers. These went into the freezer.

Next we sliced up the courgettes and quick fried them before freezing.