I wish I was one of those TV gardeners. Drop the seed in the hole, stand back and cut to a magnificent plant. Unfortunately I’m just human and things go wrong. Plans look great on paper and then the weather changes against us or life just gets in the way.

I’ve not been feeling too well, which hasn’t helped matters. I haven’t taken to my bed but I did take to the sofa and a box set for a couple of days. It does take longer to watch them when you wake up and realise you’ve just missed a couple of episodes and have to click back!

Now the list of what should have been done is longer than what has been done but you have to be positive. Some decent weather is supposed to be on the way so hopefully I’ll get caught up. 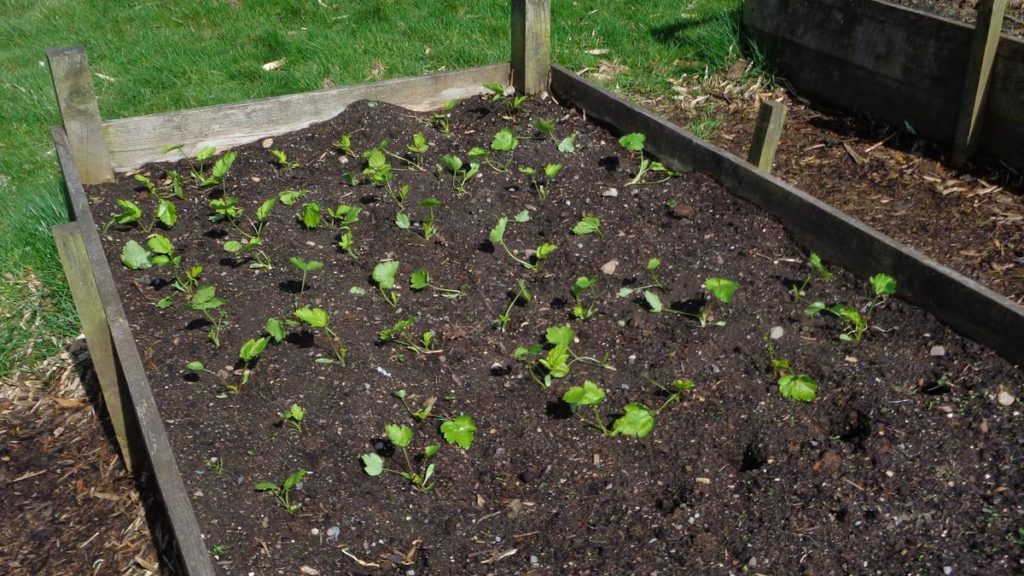 Parsnips planted out in raised bed

I did get the parsnips in the ground. They were doing well in the root trainers – I opened up a sleeve a few times until I could see the roots were nearly at the bottom and the block was holding together.

I thought I could get away with just dibbing a hole using my spade-handle dibber but the hole was slightly too narrow. Lucky for me, Val has a narrow trowel which was just the right size to widen the hole a little more and so slide in the blocks with minimal disturbance.

The proof of this new-to-me method will be when we harvest. If the roots are forked and twisted then I’ll know I should have used good old toilet roll inners. If I’d used paper pots as I initially intended, I think I’d have lost them as they’d have needed planting out when we had that snow. 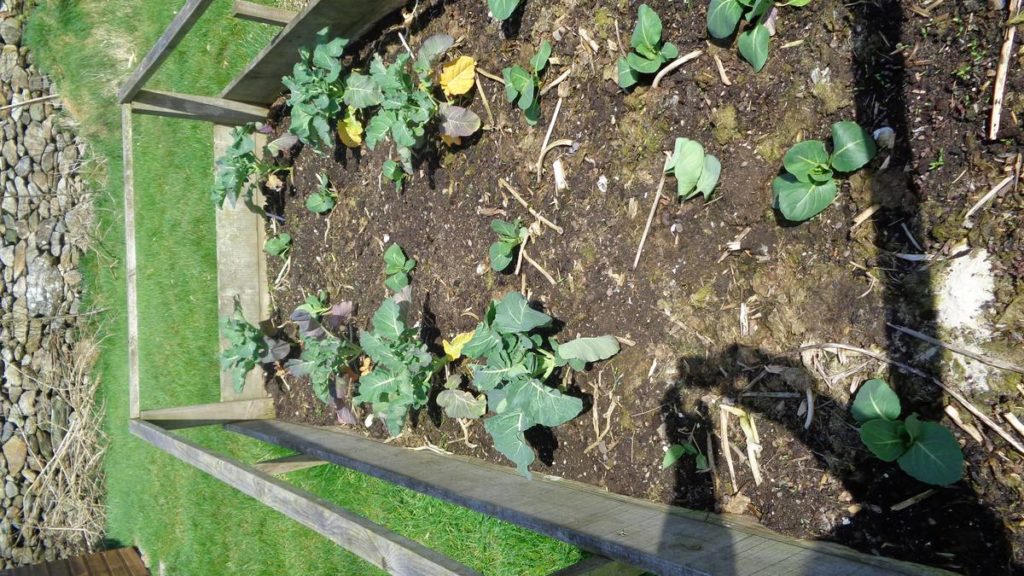 I’ve planted out a dozen Hispi cabbages in one of the raised beds along with some calabrese. It’s more than we need but I’ll pull a few early for the chickens who love a hanging cabbage.

I’d given the bed a good liming earlier to up the pH so a handful of pelleted chicken manure per square yard to feed the brassicas went on just prior to planting out. 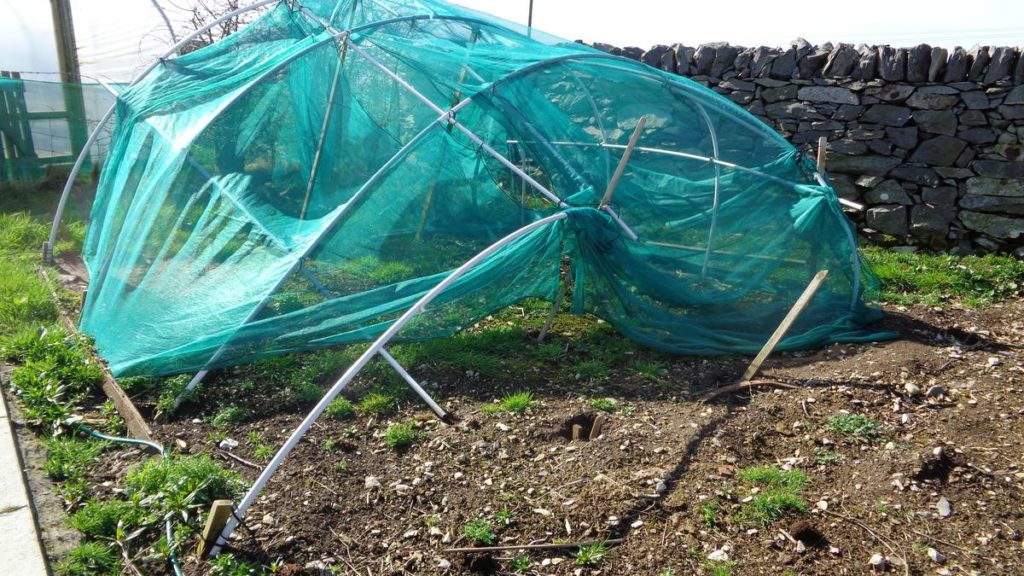 I was planning on moving the brassica tunnel – but the last storm has brought it down. The wooden uprights have snapped! I’ll have to put my thinking cap on and rebuild it better than it was.

There are two major benefits to growing brassicas in a net tunnel. First is that the netting reduces windspeed in the tunnel and this stops windrock. That’s when the wind rocks the plant and breaks the fine root hairs that absorb nutrients from the soil, so the plant starves even in a rich soil.

The other benefit is that it keeps the butterflies off, although the cabbage white is a persistent little devil and seems able to find the tiniest crack in the defences to slip through. 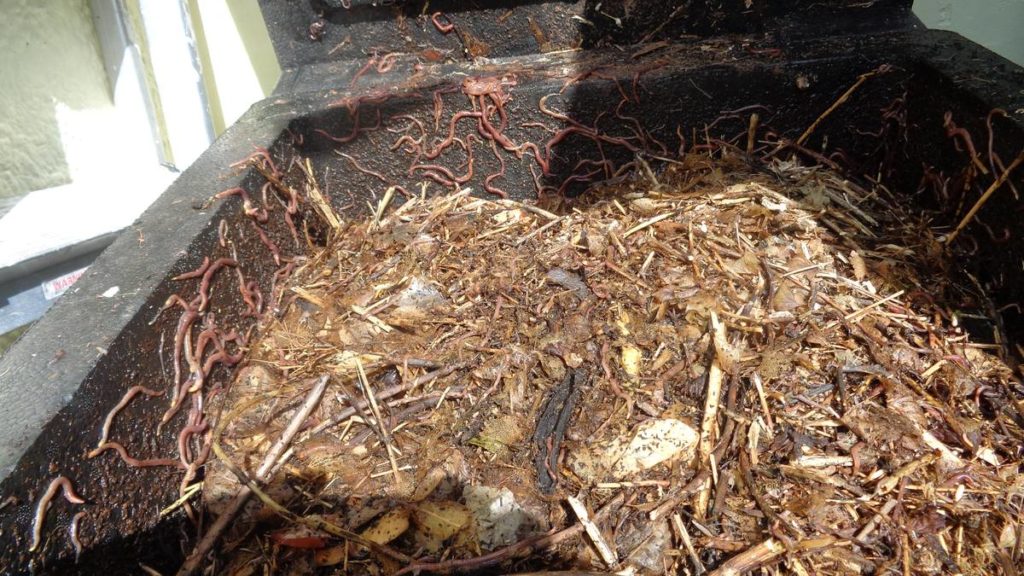 My hotbin composter has heated up since I gave it a mix and more browns. Great but not for the worms who were in there and are now staging a mass exodus. It’s a bit like a horror film! Unless you’re a chicken, in which case it’s a gourmet feast.

I have been getting quite a bit done undercover in the polytunnel, greenhouse and potting shed which I’ll post about next.