For most people a greenhouse or a polytunnel are a great bonus. They really help the grower but they’re not necessary. Growing where I do, with high winds and rain causing wind chill along with our 200m altitude and exposed position dropping the temperature, without a greenhouse and a tunnel what I could grow would be severely limited. 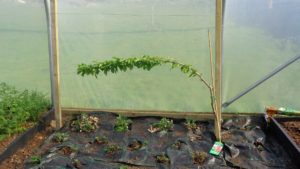 Cherry Tree in the Polytunnel with Strawberries under

I’d planted a Welsh cherry tree on a dwarfing rootstock in the tunnel but last year I tripped, grabbed hold and broke the leader off. A side shoot has taken its place so I’ve bent it over and attached it to a wire. Hopefully it will throw up more side shoots from the new leader which I can train upwards.

Underneath the cherry tree I’ve laid some weed fabric and planted strawberries that I’d grown on in pots. Outside on the patio I’ve a strawberry barrel which I’m going to move into the tunnel. I’ll have to empty it and replant – far too heavy to move otherwise.

I’ve also some troughs with strawberries in that I want to move into the tunnel. I’d planned (you may laugh, plans!) on hanging shelves off the crop bars and planting strawberries in grow bags. The problem was I couldn’t get the shelves into a position where they didn’t intrude on the paths.

Plan B is to hang some baskets up and plant into those. I spent ages trying to find the right “S” hooks to no avail. Then I thought, “I’ll give First Tunnels a ring. They’ll be bound to know where to get them” Well they do – they’re actually on their web site here!

I’d taken up a couple of the troughs from outside to the tunnel a few weeks ago – the difference between those and the ones that were left outside proves how much better they’ll do in the tunnel. Bit of luck and it will be lots of lovely strawberries this year. 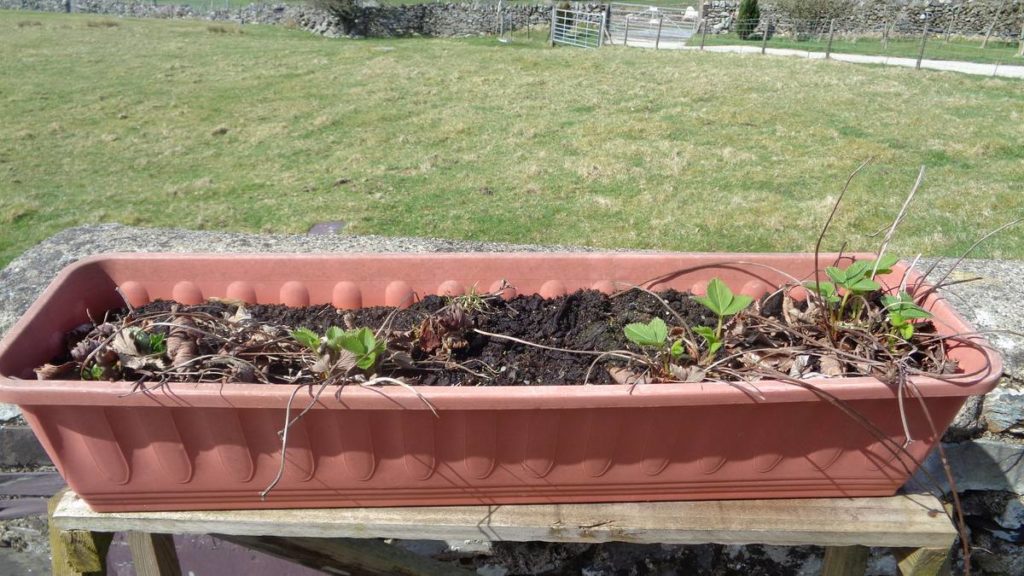 Same variety of Strawberries in the same trough etc. outside 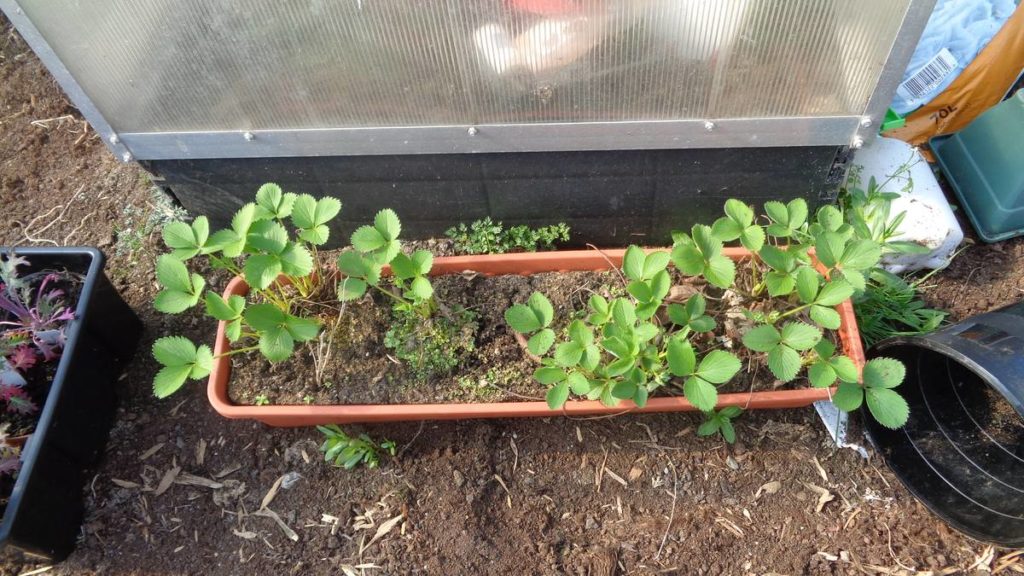 Vibrant Strawberries in a trough in the polytunnel

Both the Arran Pilot and the Home Guard have broken through in the tunnel. The Home Guard seem to be slightly more advanced. Fingers crossed for some really early earlies. 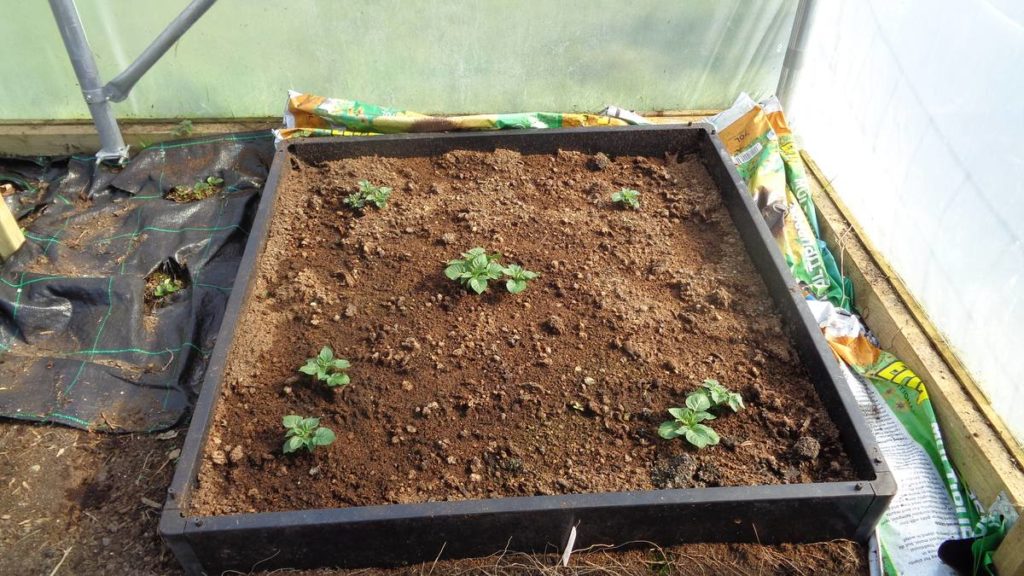 Arran Pilot Potatoes in the Polytunnel 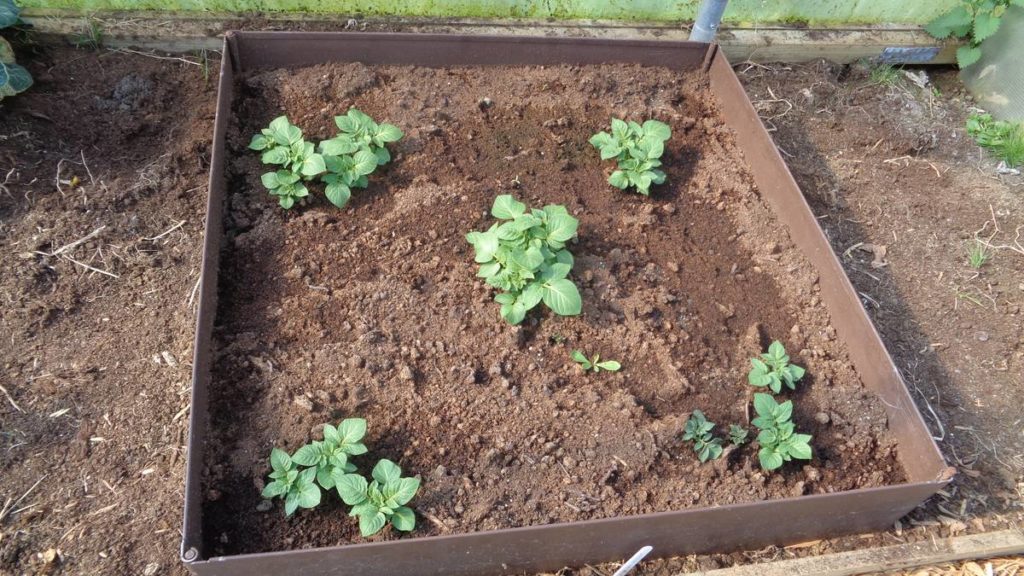 Home Guard Potatoes in the Polytunnel

The tomatoes and peppers in the Vitopod are doing well. Lights really help at this time of year. Although the daylength is approaching 14 hours, it’s not strong light and the artificial lights pump that bit more energy into the plants. 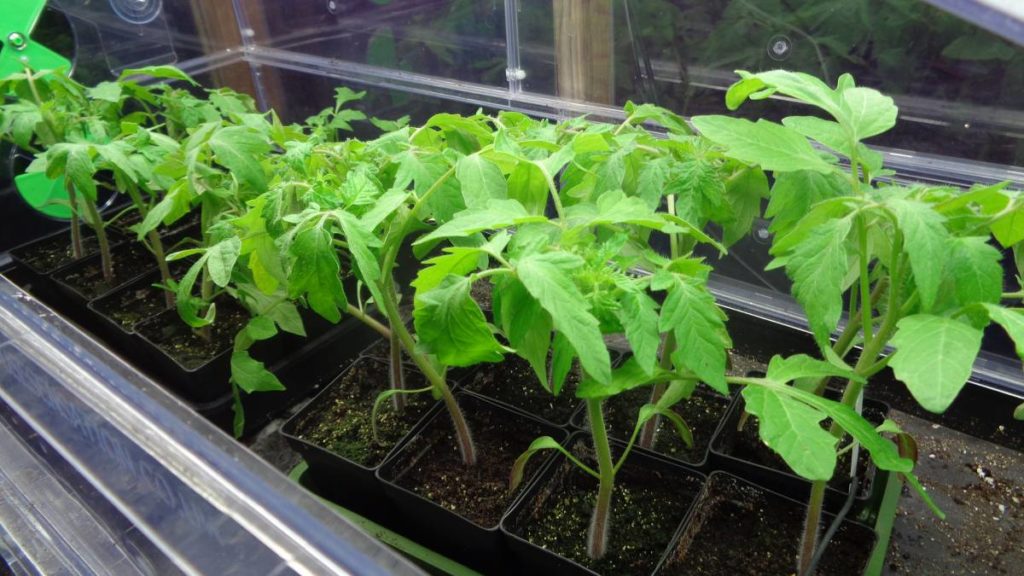 Over in the Geopod, a bit of a disaster. The sun had come out late one afternoon and cooked some seedling brassicas. Oh well, re-sow. Lots of pricking out to do as well.

Over in the coldframes I’ve got Karmazyn broad beans in root trainers. They’re well ready for planting out now. It seems that they do much better in root trainers than pots so I’ll be using those for beans in the future. 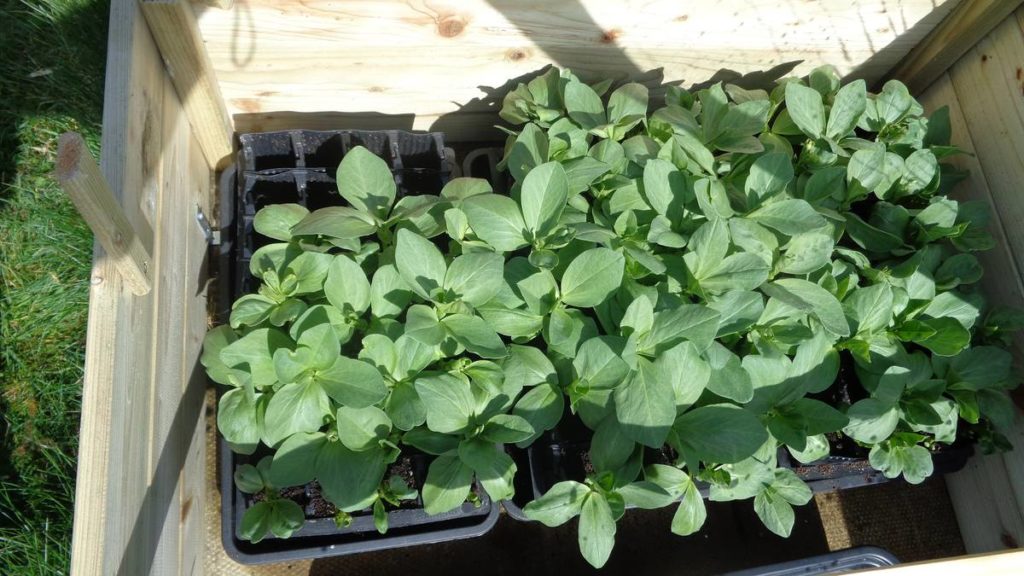 Over in the greenhouse I’ve got some spring onions which are near ready to plant out along with leeks in large root trainer style modules and the peas. The peas have not done well at all.

Initially they started to germinate well but since coming off heat there have been few further germinations. It was fresh seed and so I don’t think it’s that but it may have been going from warm to cool.

The leeks are starting to germinate now – fingers crossed! 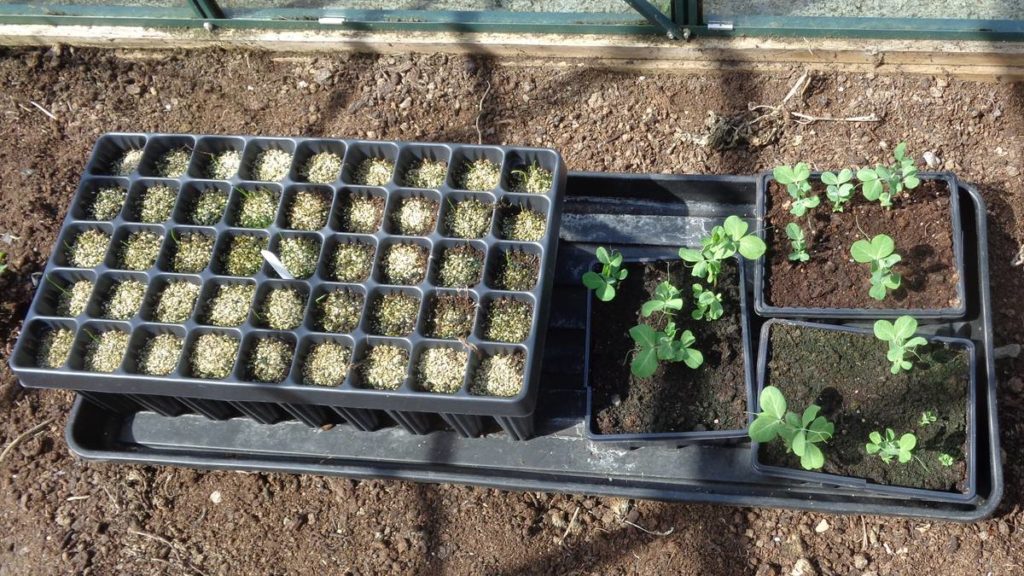