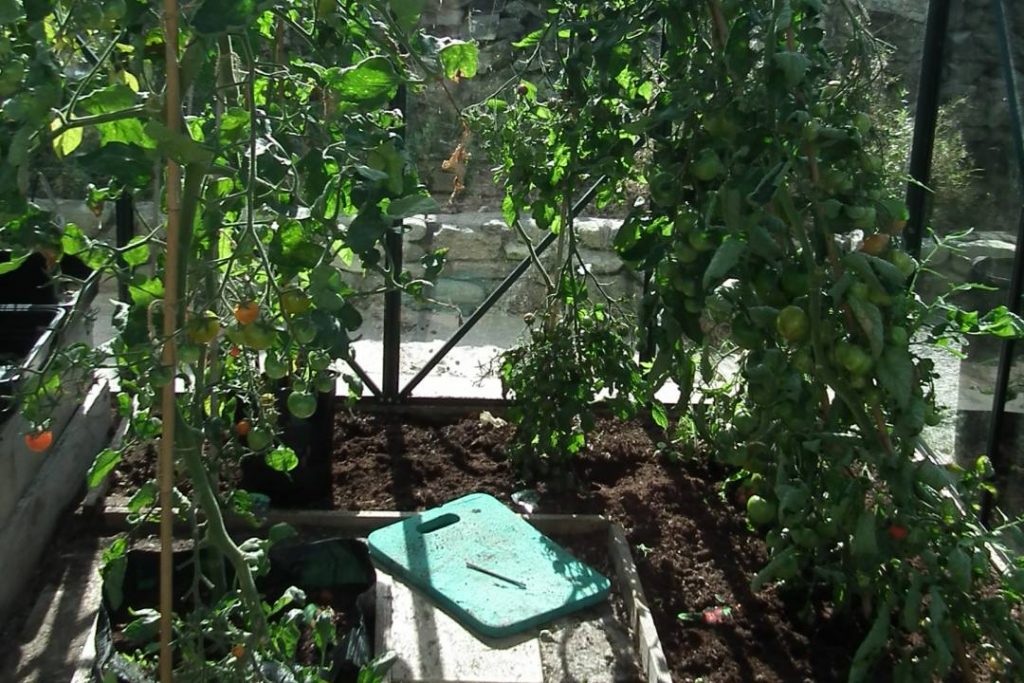 Green Tomatoes in the Greenhouse

Out to the greenhouse where there are still masses of green tomatoes on the plants. Summer is coming to an end now and I really want them ripening off faster than they have been.

We had a rush last week but they’ve slowed again. To speed them up I’ve taken off some excess foliage so the sun gets to the fruits. Taking off this excess foliage opens up the plants, letting the air circulate which helps prevent fungal disease problems.

It also makes it easier to spot and remove developing side shoots. With the plants being stopped now, they really want to pour energy into alternative shoots and I want them to go for fruit.

They all got a good feed along with being watered. You can’t expect a plant to give well if it’s half starved. 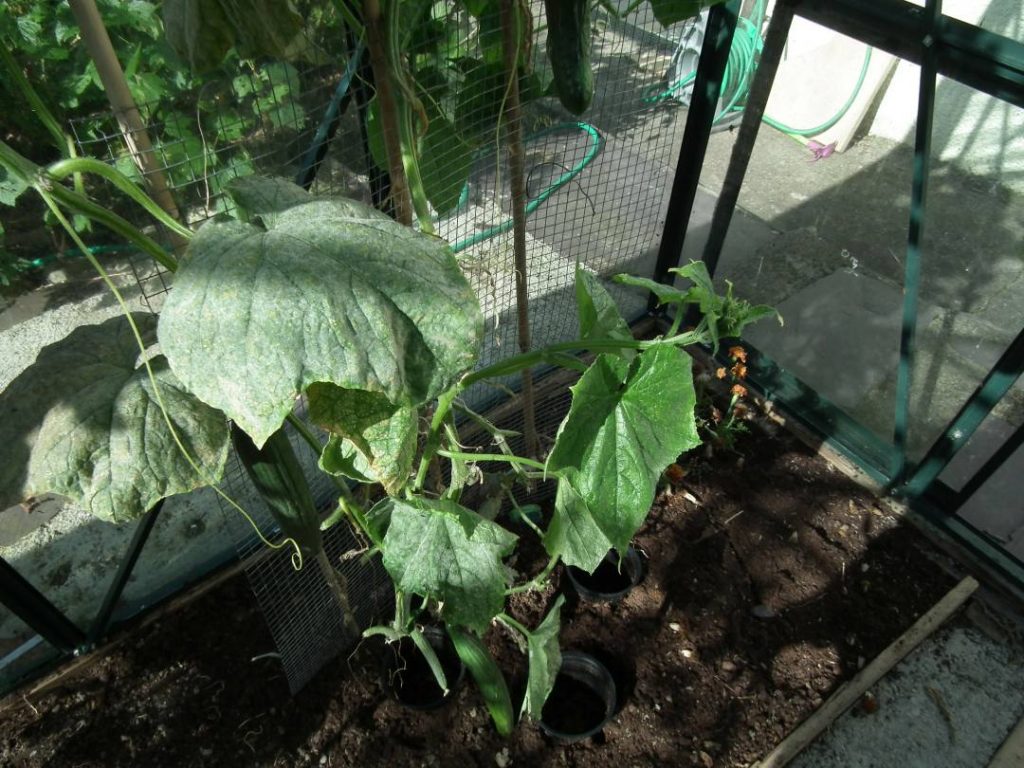 The cucumber has come down with powdery mildew. I’ve been a bit lax, should have taken action earlier but better late than never. The treatment I prefer is to use a spray of dilute milk. 1 part semi-skinned with 3 parts water.

It doesn’t kill the mildew but it does stop it taking hold on unaffected leaves. A bit like the treatments for potato blight, most effective before the problem starts. So I paid special attention to spraying the clean leaves. Despite the mildew, the plant is producing well – certainly more than we can eat.

One of our cats has a thing about eating cucumber leaves – the moment my back’s turned she’s in the greenhouse, nibbling away. Spraying with milk seems to enhance the flavour for her! Actually got a grumbling growl when I put her out of the greenhouse.

It’s humid here most days and the humidity favours fungal diseases like powdery mildew. On the plus side, we don’t have much if any problem with red spider mite.

To keep the humidity down and to avoid the stem of the cucumber getting wet I water it via pots set into the border. Cucumbers need a lot of water but if the base of the stem gets wet it has a nasty tendency to rot, killing the plant. 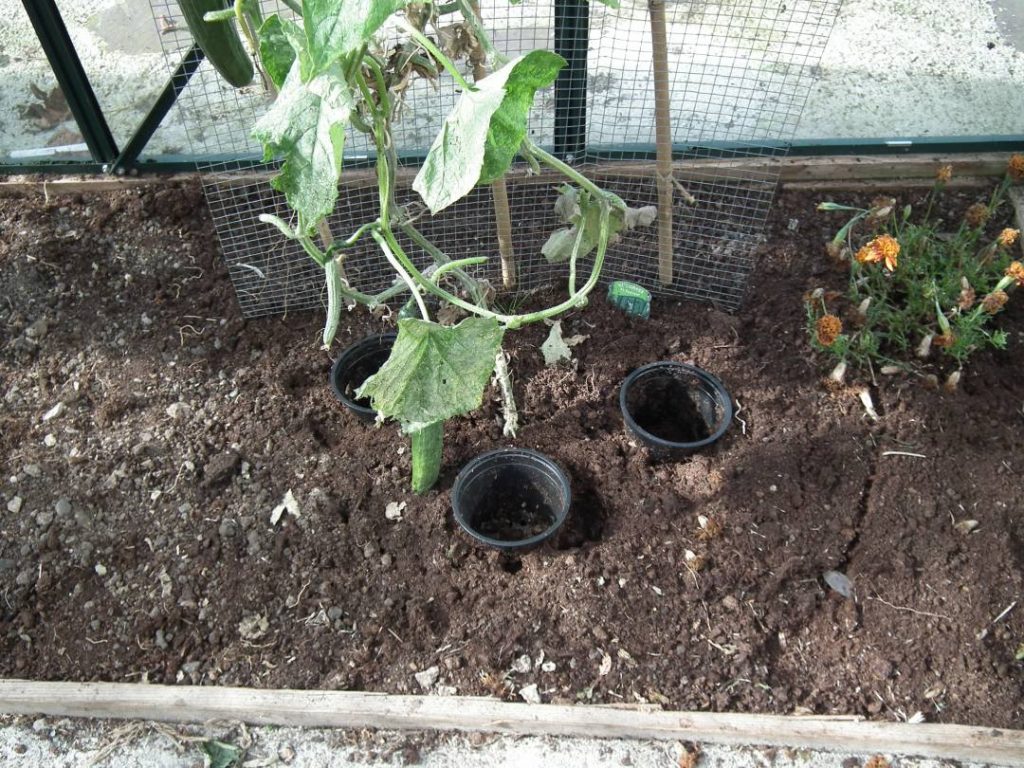 Watering Pots for the Cucumber. By having 3 pots I can fill up and then go around again as the water drains as fast as I can fill.

Batten down the hatches!

Having finished in the greenhouse, locked it down for a storm. The sun was shining but the wind was getting up. They’re predicting gusting over 40 mph overnight. The weather here is challenging. Looking at the BBC weather for the next 3 days it’s heavy cloud and mist with a maximum under 20 degrees. Being the height we are, 600 feet, that means 18 max and probably drizzle. In London they’re predicting up to 30 degrees and bright sunshine.

I love it here but I’m seriously wondering if we should move somewhere less challenging in the east or at least nearer to sea level.

There’s not a lot to say about mowing and mulching that I’ve not said but it seems to be the constant in life at the moment. Weeded the patch to the rear of the greenhouse – it only took half an hour but for some reason it was immensely satisfying.