As I predicted, Tuesday was not good here. As the radio went on about how it was the hottest day of the year so far in Gravesend at 34ºC here it managed 18º and drizzle.

Wednesday I was actually quite grateful for being up in the hills. Down on the coast it was blistering and hit an official 28º in Porthmadog which is just 15 miles away. Even up here it was too hot for comfort.

So here we are, I’ve managed to moan about it being too hot and too cold in the same diary entry! 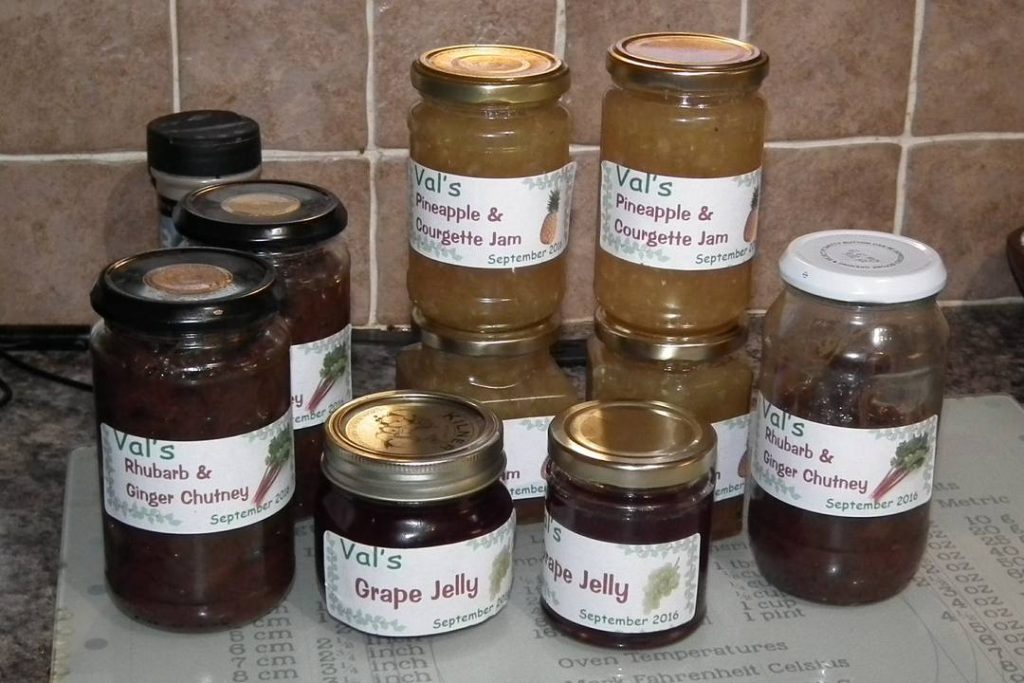 Val was feeling productive and it was quite cool in the house on Tuesday so she converted some of the courgette glut into pineapple and courgette jam. It doesn’t sound promising but it is easy and delicious. Winner of the Grandson seal of approval!

Then she tried out a grape jelly recipe – one day maybe she’ll make it with home-grown grapes but these were from a shop.

We’d got some rhubarb but the stems were quite woody and so she made some rhubarb and ginger chutney. It should have matured and be ready to eat by Christmas.

Wednesday being hot and humid even with the wind blowing, I settled for a little light mowing and Val started the end of season clearing on the patio plants. I think living where we do has reduced our tolerance for hot weather – even sitting on the patio with a cold drink felt like hard work. 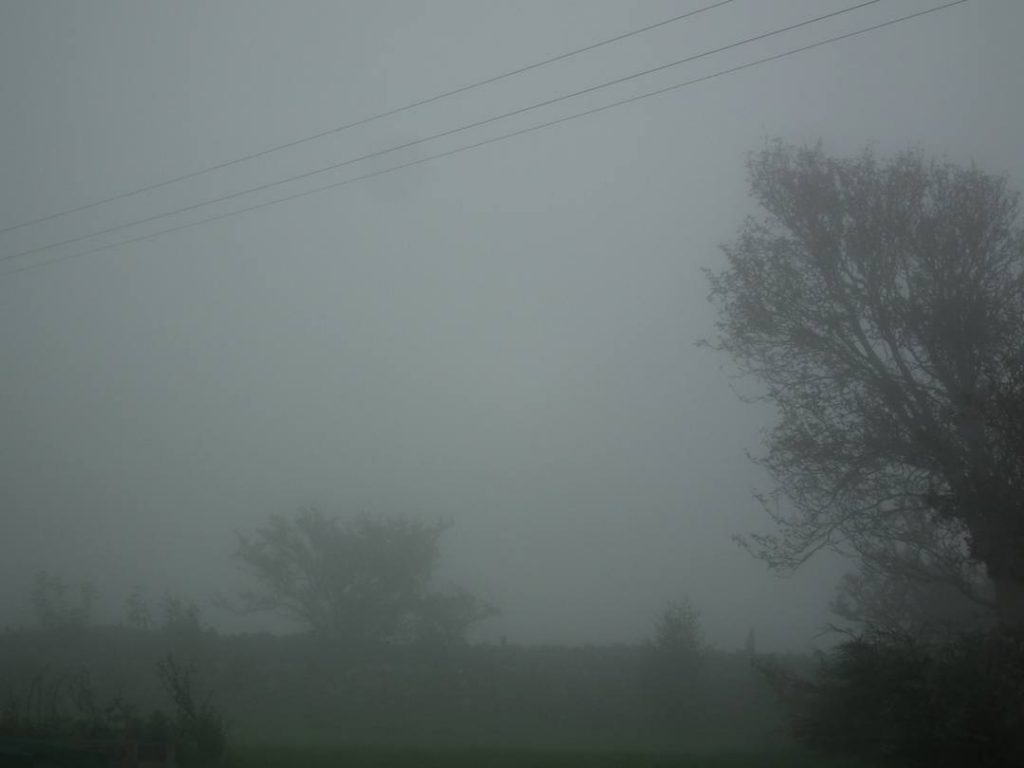 Thursday started with mist that thickened as the morning went on. I owned everything as far as the eye can see – only problem was I couldn’t see very far! By about 2pm it evaporated and a sunny afternoon arrived.

Most of the afternoon was spent weeding. Such a satisfying job. Pick a patch and when you finish, it’s clean. I actually find it restful – zen and the art of weeding.

By half seven the sun was a red ball sinking fast and there was a distinct chill in the air. I suppose I should face up to it, autumn is upon us. Treated myself to a cup of tea and watched the sunset for a bit before heading indoors.

I keep looking at what I’ve got to do and worrying we won’t get enough reasonable weather to do it. I can make the time but working in the rain is where I draw the line.

The sky was dark and threatening with the odd spot of rain but by 2 o’clock it looked to be brightening up a little so decided to brave it. First I had a little repair job to tackle in the big shed. It would only take half an hour….

Came in from the shed at 8.30pm finally finished and that was after begging help from our neighbour! Oh well – it’s the weekend tomorrow and another chance.