One of the features when we moved here was the old pig sty. Basically a lean-to with a slate roof and stone walls to the side. I suppose it was quite good accommodation for three pigs in its day, but I wouldn’t be comfortable keeping a pig in such a confined space.

I don’t know if it’s our knowledge of the animal’s psychological needs that has improved or our empathy with the animal but what was normal in the past we know now to be cruel. If we do have pigs in the future they’ll be in a field with room to move around and express their natural desire to root in the earth.

So this leaves us with the problem of a redundant building. The wooden structure supporting the slate roof has rotted. I think it was holding together with willpower! Some of the slates have gone, others are cracked and generally they’re not in good nick.

The walls are basically sound but some stones have slipped and a few more tough winters could see them coming down. The doorway was very low, high enough for a pig but not for a person unless crawling.

Well, the fact is that I don’t have the time or the skills to sort it out so time to call in a professional. Luckily I know just the chap, a time-served stonemason who does renovation work. He’s one of those builders who just know what needs to be done and gets on with it. No need to micro-manage, just keep the tea coming!

The plan is to take off the roof and take the walls down to sound, then build back up and re-roof, increasing the height of the doorway to normal. My daughter’s house has had double glazing fitted so we had the old windows – I knew we’d find a use for them.

So the old pig sty is going to have a new lease of life as a shed with windows. The only fault is that the doorway is a little narrow but sorting that would have been a big job as the side is a huge stone that would have taken three or four men to lever into position.

I’d have liked to re-roof in slate but that would be very expensive. The reason they used slate originally was that it was cheap if not free around here. There were a number of slate quarries in the area and the men would have been able to bring back the slates that weren’t saleable.

Now most of the quarries are museums, slate for roofing comes in from China and those few quarries that survive specialise in worktops and tiles as much as roofing. So the roof will be galvanised rather than slate. I suppose it’s in the smallholding tradition of using the cheapest materials if not a natural material.

A few photos showing the progress. 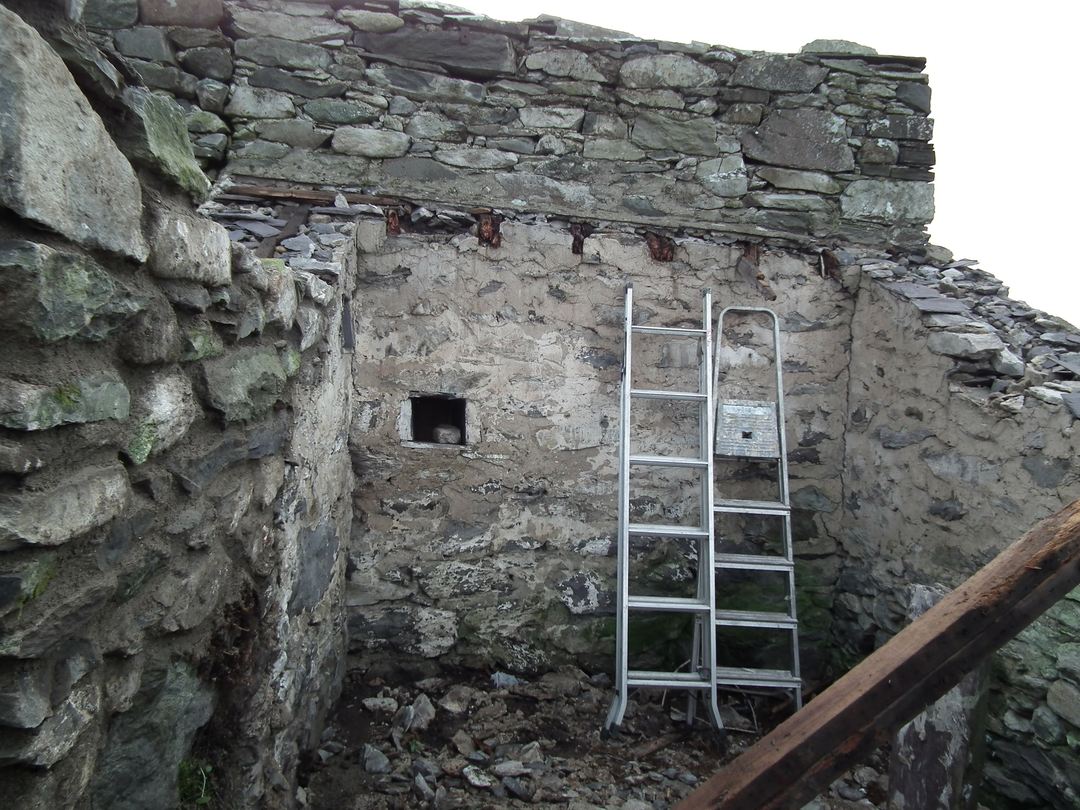 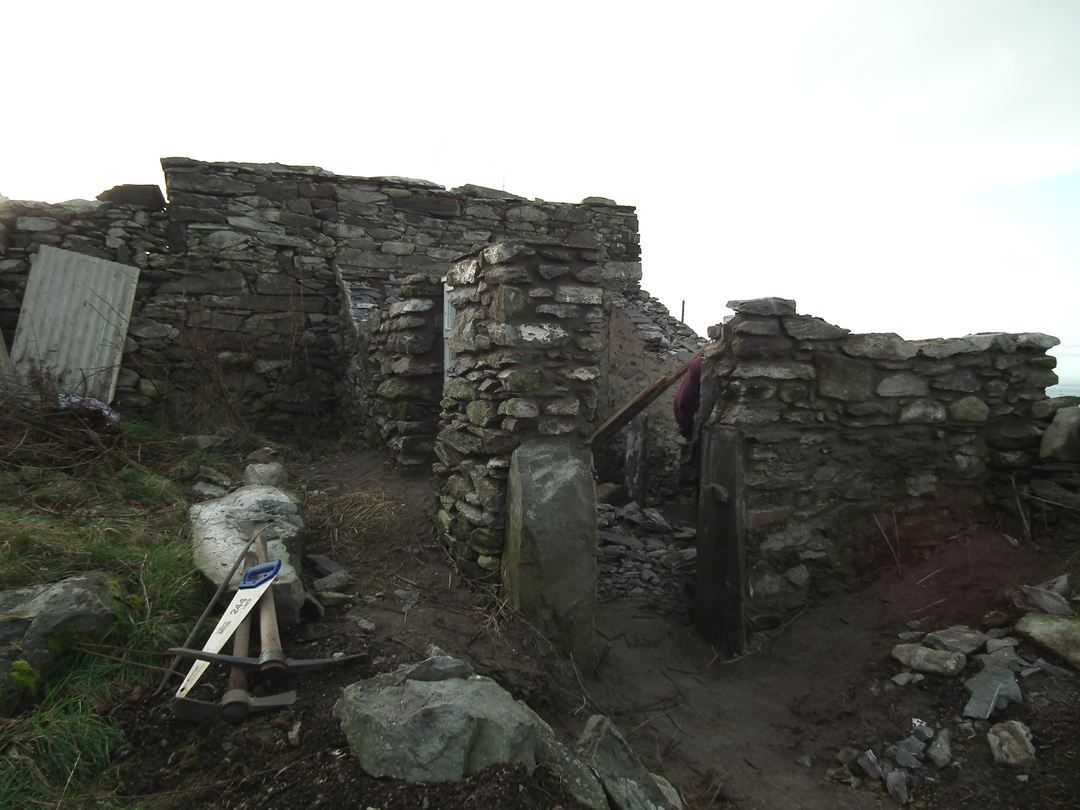 Pig sty walls rebuilding. Just rocks from the field and mortar to re-construct the crumbling walls. 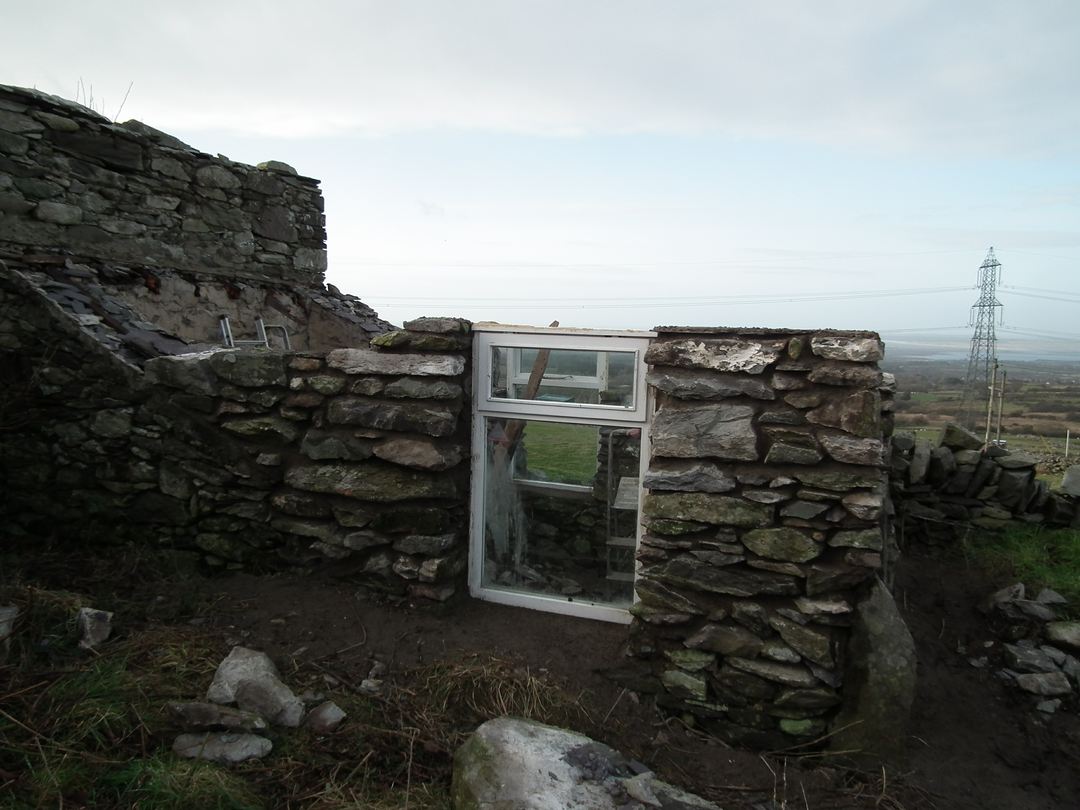 Let there be light! The addition of 2nd hand windows will make the shed much easier to use