We had quite an interesting weekend here. Val looked through the kitchen window to see 3 sheep staring in! Turned out they were all over the place munching what they shouldn’t. Thinking the farmer had jumped the gun and put them out to pasture on the fields without saying anything, I rang him up and implied I’d sold the lot to a dodgy butcher for cash! I think he nearly believed me.

It turned out they’d burst through a gate further up the track and headed for the fields where they spent last summer. It took us a good 15 minutes to chase one of the escapees out of veg plot into the fields and the farmer 5 minutes to round them all up and drive them back where they should be. The farmer did have the benefit of a dog though.

Later in the day a lorry turned up and put a bag of lime by the roadside. By bag, I mean a huge bag about 3 times the size of those large bags builder’s sand comes in. Then a couple of tractors appeared, one with lifting forks on the front and one with a spreader on the back. The first lifted the bag and emptied the lime into the spreader and then sped off down the road.

The lime spreading tractor then raced around the fields puffing out lime like it was rocket powered. What amazed me was that he limed 3 acres in the same time it would take me to lime the allotment plot by hand. The wonders of automation.

I’ve begun to realise that the camaraderie that exists on allotments is shared by the local small farmers here. No one can afford to buy and maintain all the equipment so there’s a lot of swapping and sharing. Perhaps it’s something to do with those who produce from the land, co-operation because there’s enough competition with the weather and the pests.

Apart from chasing sheep and watching the tractor race around, I didn’t get a lot done. The cold has not only settled on my chest, my blocked nose is making sleeping difficult so generally feeling grotty.

I did get the area in front of the greenhouse tidied up, bits of cardboard and the broken glass swept away. Toughened glass is safer if it breaks but it’s also a lot messier. 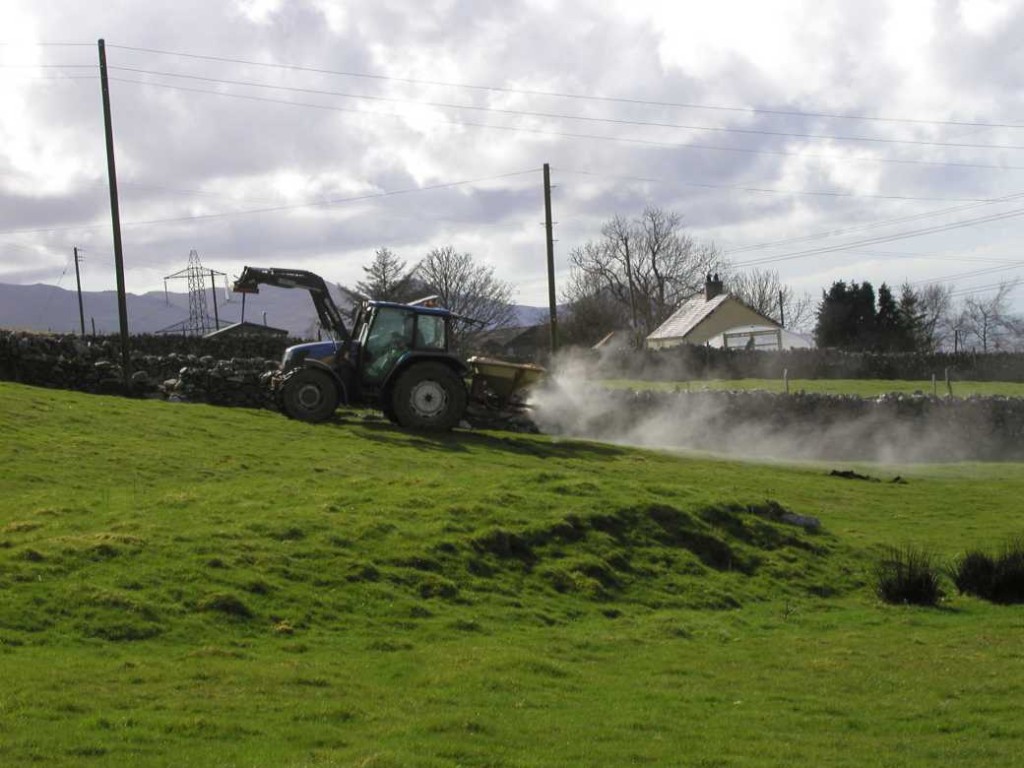 Lime Being Applied to Field