We’ve had an amazing crop of elephant garlic this year. It’s an interesting vegetable, looking like a huge ordinary garlic but being mild enough to eat as a side vegetable. The cloves go well in a tray bake or dropped whole into a stew. 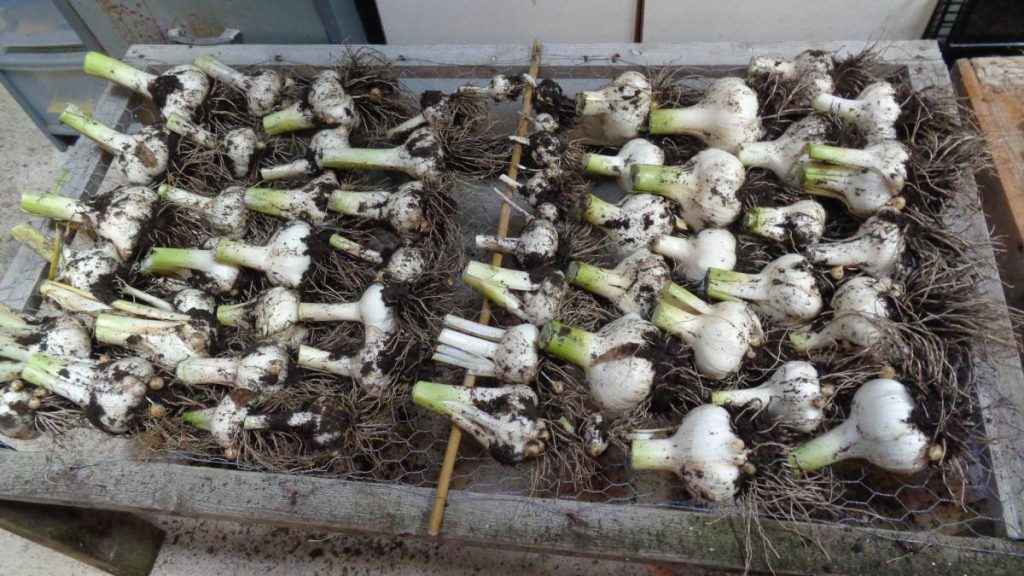 Fantastic crop of elephant garlic this year. They’re on the drying rack undercover.

Elephant garlic is easy enough to grow and requires little effort to produce a decent crop. It stores well and once you’ve established it, you don’t need to buy seed as this year’s cloves will produce next year’s crop.

It’s quite a hungry crop though and for good results you need to take that into account. I grew some in a heavily manured raised bed, some in good but not heavily manured soil and some in the polytunnel.

The polytunnel was to see if it did better in the warm, sheltered conditions but it was actually the worst performer, but not by much. The heavily manured soil in the raised bed was the winner. 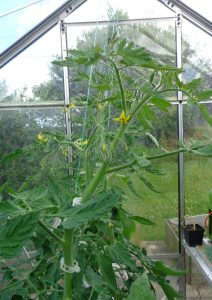 Despite accidentally ‘stopping’ the plant by snapping off the leader, the sideshoot has taken over seamlessly.

The tomatoes are swelling and ripening. So far we’re getting ripe black cherry and Sungold which are always early but we’ve had a couple of Ailsa Craig. There’s a lot of sideshooting to keep up with but I want tomatoes not foliage. I seem to be fixing them to the string every other day as they’re growing so fast now.

I did have an accident with one plant where I accidentally snapped off the leader (main stalk) but no biggie, just allow a sideshoot to grow on and effectively become the leader.

I wasn’t going to grow aubergines again but somehow came back from the garden centre with two plants that went into the Quadgrow. The plants are doing well but so far just one fruit has appeared. Mind you, it is huge and weighs 668 grams! Hopefully we’ll have more fruit set soon. 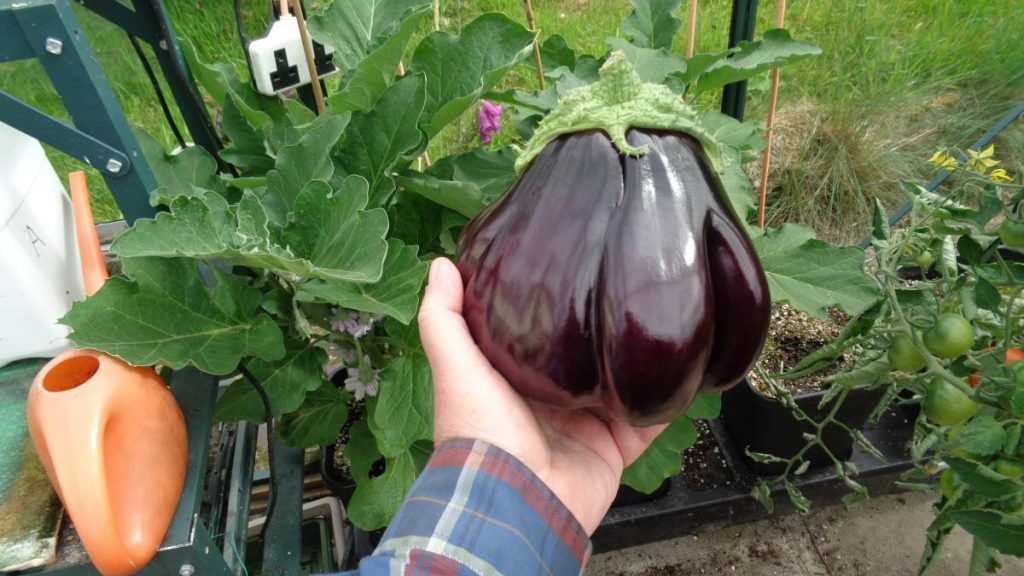 More molehills seem to appear every day. Not a big problem really unless in the middle of some plants or a bowling green lawn. Just shovel them up for a bed, rake to spread what’s left and the grass will grow back. 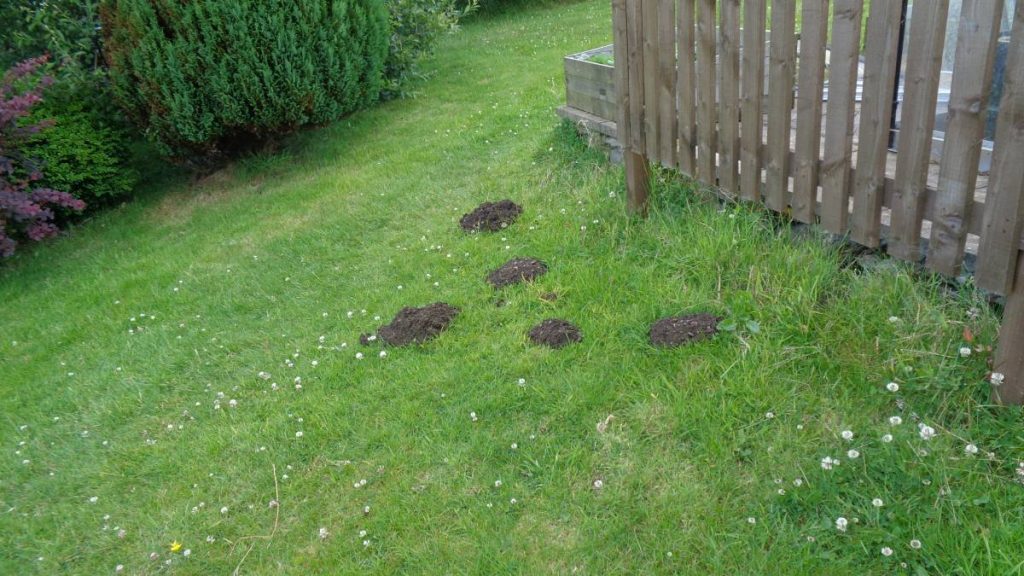 Yet more molehills – seems to be the year of the moles as well as snails.

The voracious mollusc army continues to devastate the land! It’s a really bad year for them and despite pellets and picking, more keep coming. I seem to recall someone saying that our garden snails are edible. I suppose that would be one answer if you can get past gagging at the thought!

On Wednesday we went down to Aberystwyth for the funeral of my friend “Tich”. He was a fantastic chef and sent us some amazing recipes for the site under the pen name Granny Dumplin. We were near the same age and friends for over 50 years. A desperately sad day.

On the way down to the funeral we stopped for a short break at what we thought was just a roadside cafe but is actually a non-profit community hub. I must be well out of touch as I thought £2.15 for a coffee was expensive! They had a small stand where people donated plants and seeds. All they asked was a donation to the hub when you took them. Great idea.