I have noticed that many American web-sites refer to suckers rather than side-shoots. Suckers in Britain are stems growing from the base which occasionally happens with tomatoes. Since I don’t think the Americans will change their language for me, if you’re from the US please read ‘sucker’ where I refer to side-shoot. 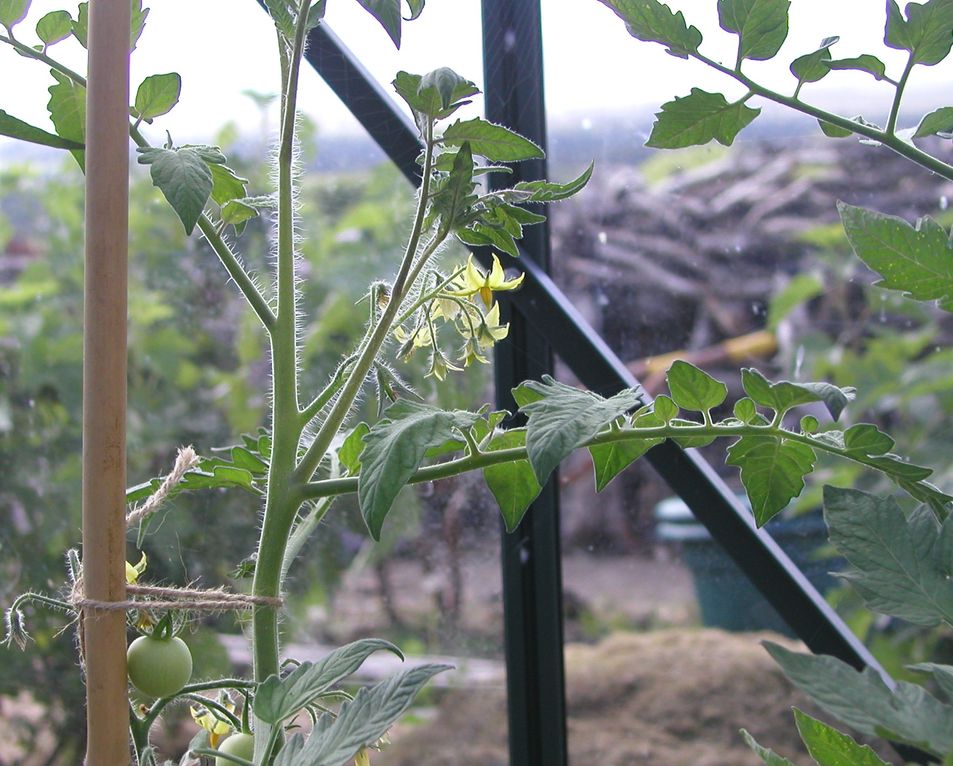 The name of the game is growing tomatoes, not foliage, but the tomato is naturally a bushy plant. Left to its own devices, it would spread along the ground, producing many side shoots, which would make more side shoots and so on. It would not make that many tomatoes as its energy would be going into growth.

To channel the plant’s energy into producing fruit rather than foliage we need to remove the side shoots. These always start in the angle between the leaf and stem, above the leaf.
Some varieties are more prone to side shoot production than others but I have not come across any cordon tomato that doesn’t produce side shoots. 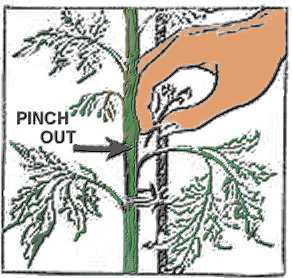 The earlier they are removed, the less energy is wasted. A job to be done at least once a week. They are easy to miss, so whenever you are watering or feeding your tomatoes, keep an eye out for them and remove.

After the plant is stopped,  it reacts by producing more side shoots – so watch out.

Be careful not to confuse these shoots with a truss. A truss is the stem that carries the flowers, which turn into tomatoes. These grow from the stem but not from the leaf joint.

Rather than cutting these side shoots off, tear them away. It sounds crude but ripping them away results in better formation of scar tissue and is less likely to bleed or allow disease to get in.

If you let a side shoot grow to about 6″ or more you can cut it off, pop it into a pot of wet compost and have another plant. Useful early-season if you find yourself short of plants and it is too late to start more from seed.

As the season draws to a close the plant will not have time to set, grow and ripen more fruits and it is time to stop it. This is usually when the plant has set four or five trusses but with some varieties you can get seven or eight.

A lot depends on when you sowed and planted as well as the speed which the plant grows fruit. Tomatoes range from 50 to 80 days to crop from germination.

How to Stop Tomatoes

You just take the leading (main) shoot at the top and pinch or cut it off. This means all the plant’s energy can be diverted into fruit, which will hopefully mature before the end of the season.

Be aware the plant will react to being stopped by trying to form new shoots so you need to increase your vigilance when side-shooting.

If you let the plant just carry on growing you will find yourself with a lot of tiny green tomatoes at the end of the year. Neither use nor ornament.