The tomato is an import from a warmer climate to Britain so it’s no surprise that the ideal temperatures for growing tomatoes are higher than is usual outdoors here. Tomatoes can be grown successfully outdoors in the warmer parts of Britain, if the weather is kind. 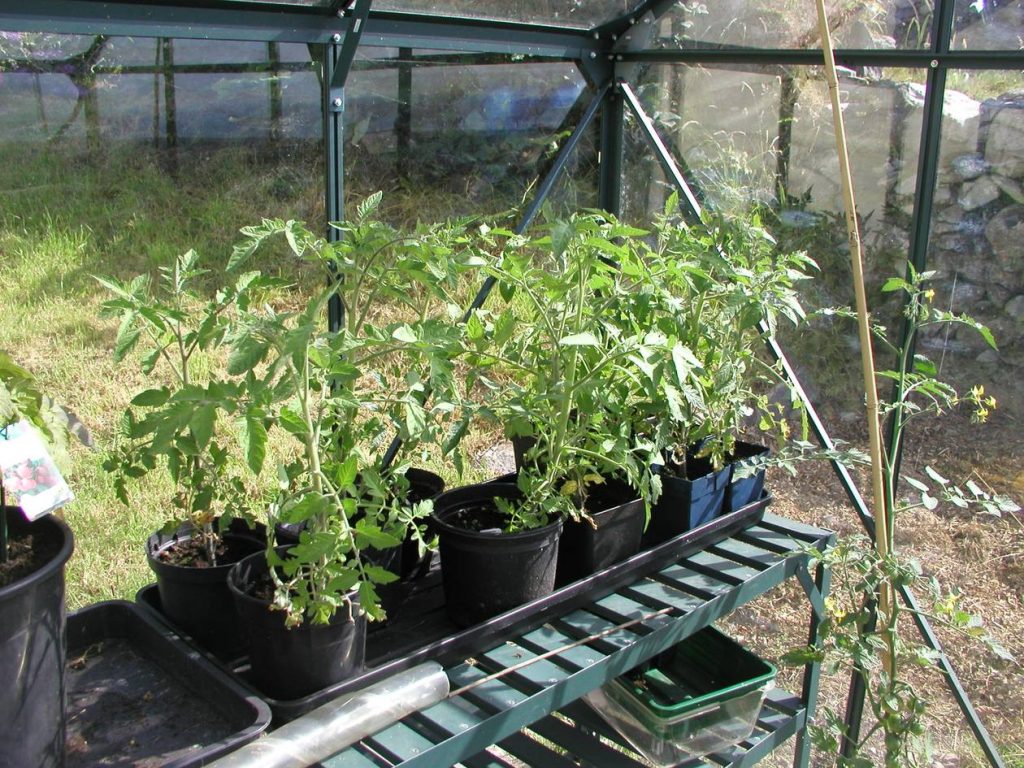 Not too hot, not too cold!

‘Wild’ tomatoes used to be a common feature around sewerage works in the south of England. The reason being that the seed will pass through the gut and use our manure as fertiliser. Down in the south and south east it was just about warm enough for tomatoes to grow and fruit.

Some varieties have been bred for cooler climates, notably Glacier and Sub Arctic Plenty.

The Sub Arctic Plenty tomato was developed after WW2 by the US military to supply troops stationed in Iceland with a fresh tomato despite a very challenging climate. Being able to thrive in cooler temperatures reduced greenhouse heating costs.

Glacier is a Swedish bush (determinate) ultra-early variety that starts to produce ripe fruit in just 55 days from germination. Ideal for the short summer season enjoyed in much of Scandinavia.

In general though tomatoes require a temperature between 15ºC and 32ºC to survive.

If night time temperatures drop below 13.5ºC, pollen fails to develop and flowers that open the following morning will not set fruit.

If growing in cloches or other shelter outdoors, the soil temperature should be over 12.5ºC although warmer is better.

Too Hot for Tomatoes!

It is common for home greenhouse growers to raise temperatures too high, especially in a hot summer. Just as we suffer when it’s too hot, so does the tomato plant. Energy that could be profitably going into fruit or growth is diverted into temperature control

Once temperatures rise above 27ºC plants really begin to suffer and above 32ºC fruit will fail to set.

In countries that enjoy a hot climate, tomatoes are often grown under shade for those reasons.