You’ll find a host of potential problems with tomatoes listed in the gardening books but in the real garden it does not seem to be so complicated. Many of the problems listed are more likely to be encountered by the commercial growers.

The main tomato troubles and diseases you are likely to suffer are listed below. 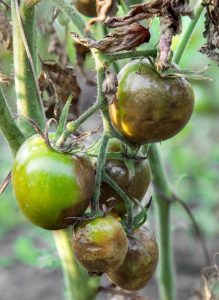 This is really potato blight, Phytophthora infestans, don’t forget tomatoes are the same family as potatoes, so they can get blight.

There are now varieties of tomato coming onto the market that are blight resistant like Ferline, Koralik and Crimson Crush which is reputed to be the best so far.

My experience with blight is that there is little you can do if your tomatoes get it and just to accept defeat. You can prevent blight by practising good hygiene when it is about and using clean mains water rather than water from an outside butt in the greenhouse.

Outdoor tomatoes are far more likely to be affected by blight than tomatoes grown under cover which keeps the spores off the leaves.

There are fungicidal sprays you can use that will help if used at the very first sign of blight.

There is some evidence from the USA that the use of high-nitrogen fertilisers can improve resistance to early blight.

Tomatoes can get virus infections and these too can be fatal. Symptoms are usually yellowing or mottling of the leaves and reduced yield.

In this case, I cut off badly affected leaves and hope the gods will give me some fruit. Sometimes it doesn’t make too much difference and you can basically ignore the infection.

Smokers should keep in mind that tomatoes can catch a mosaic virus carried in tobacco and so you should never handle the plants whilst or just after smoking.

Washing your hands after a cigarette before handling tomato plants is a good idea. In commercial greenhouses they use anti-septic sprays for hands just like hospitals (only they really insist the spray is used, unlike the hospitals) 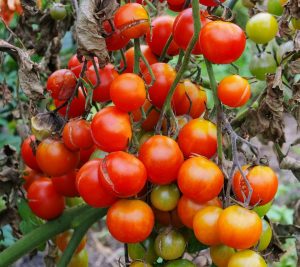 This is caused by allowing the plants to dry out and then watering heavily.Basically the fruit inside swells faster than the skin can grow when water is suddenly available after a period of drought.

There is no cure, just ensure you water regularly – little and often is by far the best with tomatoes. 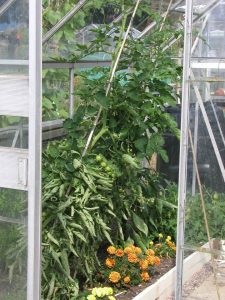 For many decades in parts of the world it has been the practice to grow African or French marigolds of a certain type to repel white fly on tomatoes in greenhouses or outdoors. It has also been found that the tomatoes grow better and bear more fruit with marigolds around them.

Apart from slugs eating the fruit, outdoor tomatoes do not seem too bothered by pests,  except for slugs. It may be that I have been lucky. 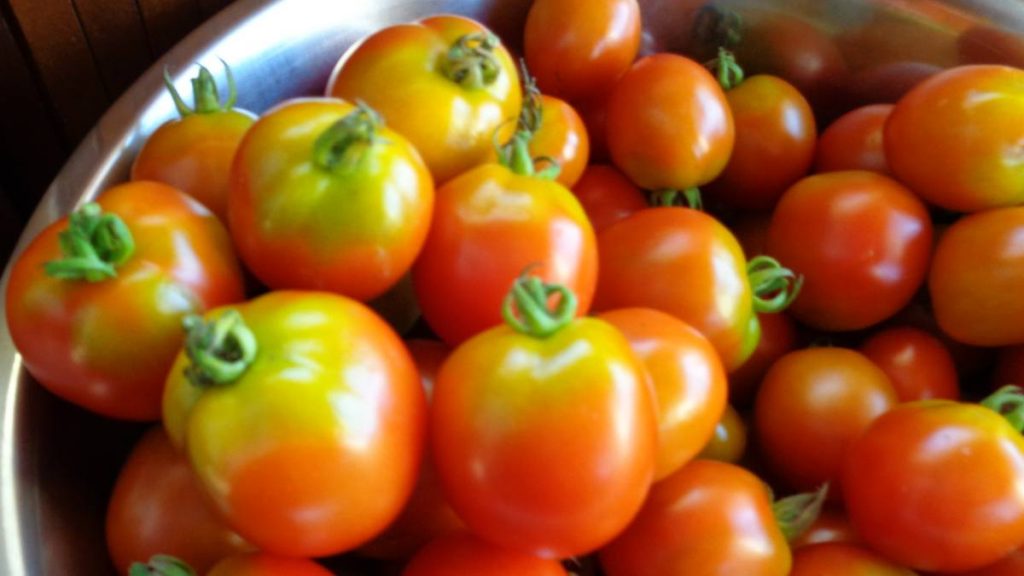 The top of tomato around the stalk remains hard and remains green, refusing to colour. The main cause is a lack of potash but it’s more common in hot, sunny years so using shading in the greenhouse will help. Many varieties of tomato do not suffer from it.

Like most plants, it is not a good idea to grow the same thing in the same spot year after year. 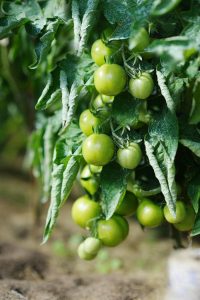 If you grow in a greenhouse with soil borders, grow the tomatoes in the soil by all means but dig this out and replace with fresh soil each year.

With outdoor tomatoes rotate them. They are the same family as potatoes but do not grow next to potatoes because they are susceptible to potato blight. If they are far away from the potatoes they may well escape it. You can also try shielding them with clear plastic walls or even build a large cloche as the season ends.

You will often see curled up leaves on tomatoes – this is not a problem! It just happens and may be related to the temperature getting too hot. The leaf curl doesn’t seem to harm the plants, fruits or flavour. 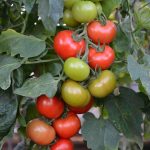 In recent years some exceptionally virulent strains of blight have arisen and the conditions for blight to survive, warm and humid, have become more common. Blight is becoming the number one tomato problem in some wetter areas of the country. The... 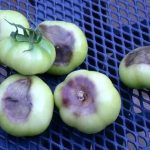 Blossom end rot is  a tomato disorder where he base of the fruit flattens, eventually becoming concave, and goes brown, remaining hard, despite the name "rot". It appears at the blossom end of the fruit, the end away from the stem which gives it its ... 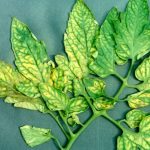 This is a problem where the plant looks like it has a virus with yellowing leaves but it is caused by lack of magnesium. If in doubt as to the cause, treat as if it is magnesium deficiency. It can do no harm to try! Magnesium is an essential...