Today is Armistice day and this year it really came home to me. On Sunday we had the service at the Cenotaph in London, which I watched on TV. As we honoured the millions who went off to defend their country but never returned a list of the British army dead in Afghanistan rolled across the screen.

My namesake was Corporal John Harrison of the Parachute Regiment. He was killed in the rescue of Anglo-Irish journalist Stephen Farrell who was kidnapped by the Taliban whilst working for the New York Times.

I don’t think he had a wife and child, now he never will. His parents won’t bounce their grandchild on their knee and he won’t have the wonder, joy and heartaches I have had in the last quarter of a century.

All I had to suffer was a cold feeling as my name scrolled across the screen. I never knew my namesake who paid such a price for me and my family. The best tribute to him are the words of his commanding officer on his loss.

“His hallmark was an undemonstrative, yet profound, professionalism; he cared deeply about his work, and more deeply still about those he commanded and served alongside. He was an unflinching and inspirational man with a deep, deep pool of courage, who died as he lived, at the forefront of his men.

He gave his life for his comrades and The Parachute Regiment, both of which meant so much to him. Although his passing is a sad day for us, every member of the Unit counts themselves privileged to have known such a tower of strength and we all are deeply honoured to have served alongside him.

Our thoughts and prayers now turn to his family and friends at this most difficult time. We hope that in the midst of their profound loss, they can draw strength from the fond memories that we all share of this remarkable man.” 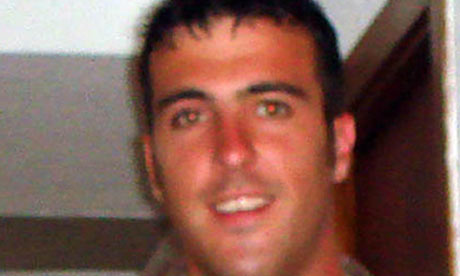