Sunday was a sunny Goldilocks day, not too hot and not too cold. So a long day outside sorting the raised beds and harvesting. Rather pleased with the results. 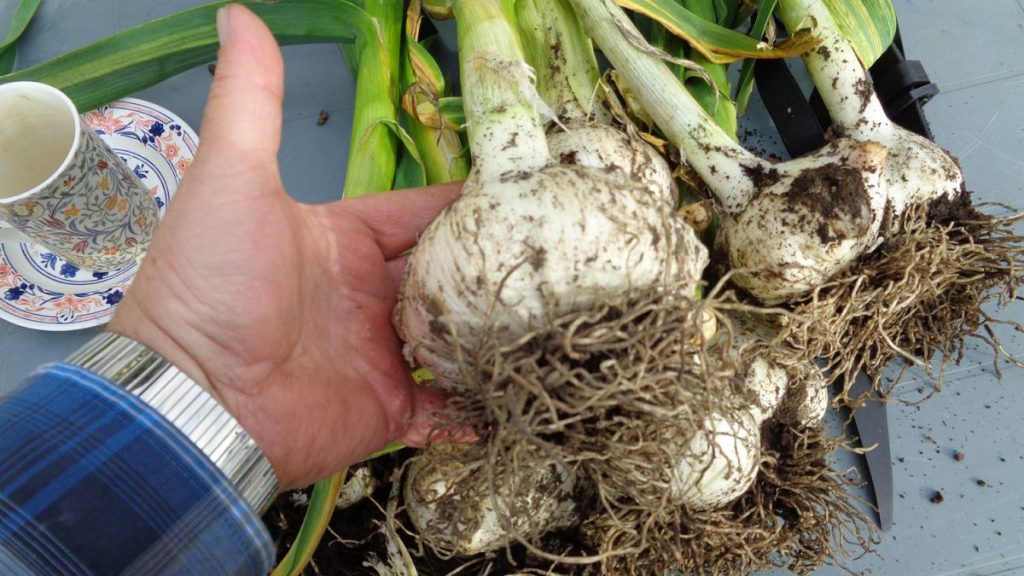 This year I’ve had some elephant garlic from the polytunnel which were quite large, about cricket ball sized. The outside grown elephant garlic is even larger, huge! With the size of the elephant garlic and the mild flavour, it’s more a vegetable than a flavouring like ordinary garlic. We often have a tray bake of mixed vegetables and it works really well in that.

I think the warmer conditions in the polytunnel push the elephant garlic into maturity faster then the outside garlic which may be part of the reason they’ve grown so well. The other reason is, I’m sure, that the soil in the raised beds is now better than that in the polytunnel. A pointer for what to concentrate on next – improve the soil further in the polytunnel. 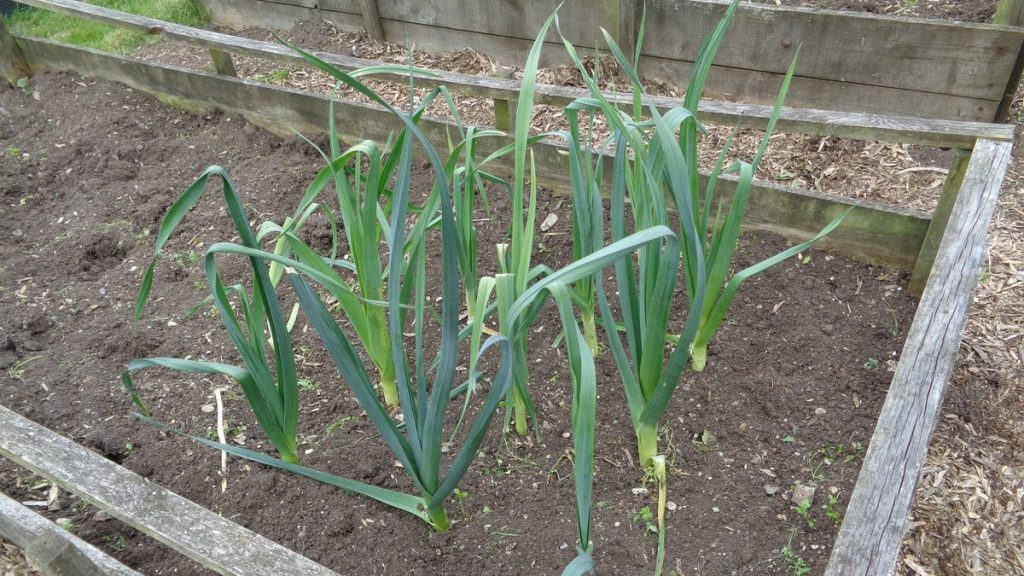 I had intended to plant out my leeks but time ran out. Well to be more accurate, my energy did. I have a dozen leeks that I bought in as plants at great expense that were popped in at the end of the bed by some broad beans. They’re doing well but we’ve lost one plant so at 55p a leek they should be superb. 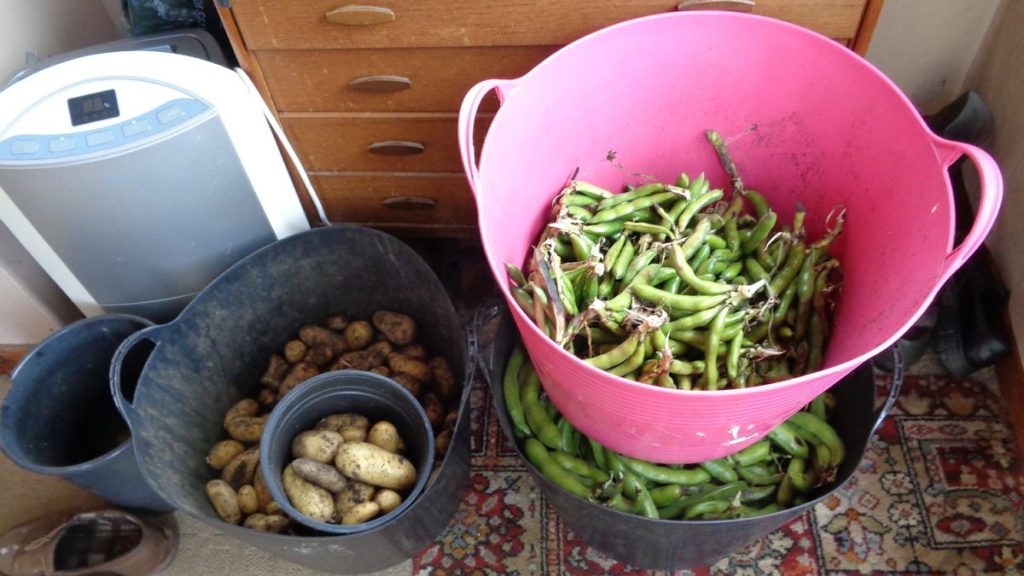 Trugs full of Potatoes and Broad Beans in our Porch

One bed as given over to Charlotte salad potatoes. I’d guess the weight to be a little under 20 Kg. A big plastic trug full that I was cautious moving around lest it spark off my sciatica again.

Harvested half a bed of broad beans that are a bit of a mystery. I don’t recall sowing them and they came up late. Still, don’t look a gift horse in the mouth! Then I harvested a full bed of Karmazyn broad beans.

The Karmazyn are a pink bean with a lovely flavour that freeze well. Quite compact in habit they tend to survive our winds. This year they’ve excelled – another large trug full. It looks like a day of podding, blanching and freezing.

I love broad beans and they’re very good for you. Low in calories, high in protein with a good general level of vitamins and minerals. They very high in folates which I believe are important in pregnancy. Not that I’m likely to become pregnant!

Very versatile, we’ve loads of broad bean recipes on the site. I’m happy enough with them just steamed as a vegetable but I think we’re going to have to be more creative with this amount!

The bed that had the Karmazyn beans is having a holiday until next year. I’ve been over-growing which is good in that we’ve plenty, but there are limits. I could have gone for a green manure but the easiest way was to leave the roots in after cutting off the stalks at ground level, cover with a layer of cardboard and then a thick layer of grass clippings.

The roots will add their nitrogen and rot down to humus. The cardboard, just plain brown cardboard, will help block weed growth and for some reason I don’t know encourage worms. The grass clippings hold the cardboard down and once the card breaks down feed the worms.

More on Using Grass Clippings and Cardboard for Mulching