The weather has been amazing, warm and dry, so getting on with things outside when work allows. The saga of the leeks, headbanging time! 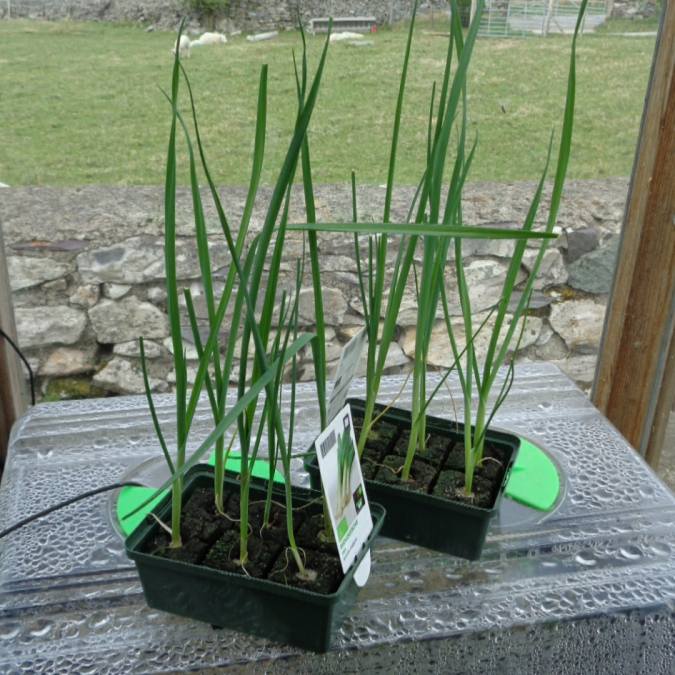 When I came to sow my leeks I couldn’t find the seeds. I think an evil goblin sneaked into the shed and stole them. Who said this lockdown is bad for your sanity! I had ordered some seeds online but then everyone started buying seeds like they were going out of fashion. The seed merchant couldn’t confirm dispatch or a delivery time and time is moving on .. time to panic. 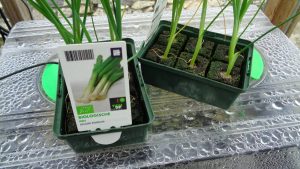 The local garden centre was offering a range of veg plants, including leeks, at £3.00 so I ordered 2 packs when Val had her flowers delivered. Now they’re excellent quality plants, organic and in individual soil blocks. But 6 leeks for £3.00? I didn’t say much, it was hard to breathe actually. Shock affects me that way.

I’ve tried growing in soil blocks in the past but not had any success with the system. The blocks tended to fall apart. It’s a great system by all accounts, if you can do it!

Would it be so bad to pop out to a shop that has seeds? Well threats of hiding the car keys ensued. So I calmed down asked on our forums and within minutes a member offered me some seeds. She posted them on Sunday but I knew they wouldn’t be collected until Tuesday because Monday was a public holiday.

Then I was talking to Medwyn Williams about another matter and mentioned my leek seed shortage and he popped three packets in the post for me! So on Wednesday the postman delivered Medwyn’s seeds, the much delayed online order arrived too but the forum pal’s were not to be seen. Hopefully they’ve not vanished in the post.

I’ve sown leeks into Bustaseed modules and seed trays in propagators set at 20ºC which is around the optimum germination temperature. I hadn’t thought about using the Bustaseed system for leeks but after seeing the plant’s I purchased in blocks, thought it worth a trial. I might even use some supplementary lighting to bring them on quickly. 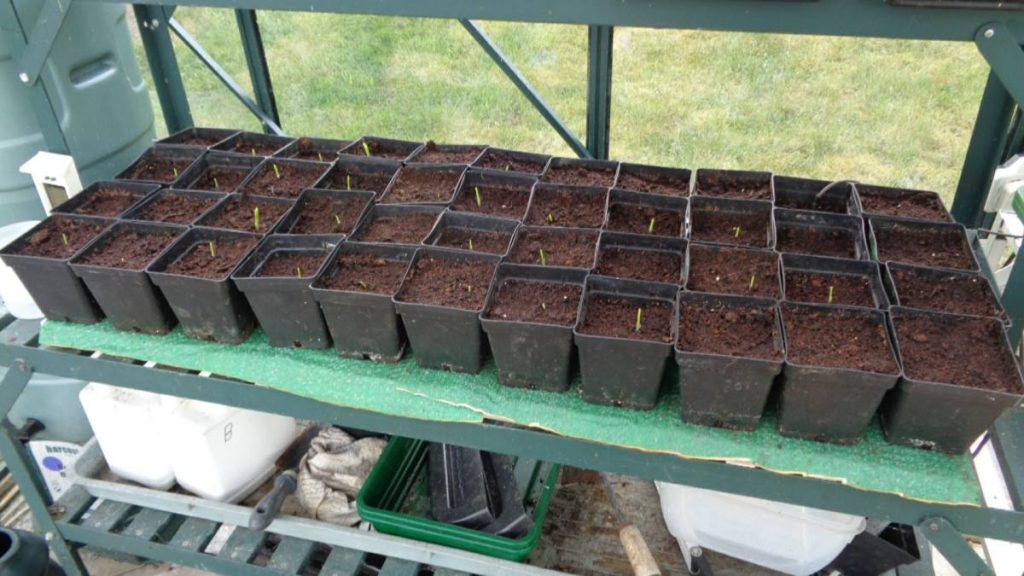 I got surprisingly good germination in the sweetcorn seeds I chitted. 49 seeds out of 54 looked worth potting up but there’s still a ways to go. I expect most to shoot but there’s always a few that fail and some of the ones that do come up will be weak and just not worth planting out.

Because it’s still getting a bit chilly a night the pots are sitting on a heatpad in the greenhouse with the thermostat set at 15ºC just to stop them getting chilled at night. There’s capillary matting under the pots to make it easy to keep them from drying out in the day’s heat.

Sowed Cobra climbing French beans in pots and root trainers. I’ve not started them in root trainers before but pretty sure they’ll be OK – maybe better! There’s always something new to try in the garden, that’s what makes it interesting.

Some are for me, they’ll go in the polytunnel, and the rest for my daughter. Her sheltered garden down in the lowlands is fine for a teepee of climbing beans outside or up a fence.

Shipped out some seedling peppers and melons to a friend in the village. My son-in-law is taking the book orders to the post office for us so we can avoid going into the store. It’s almost comical, we fill the sack and put it down outside. We retreat and he comes forward to take the sack. It’s like being a drug dealer in Miami Vice! All we need is a case full of money. Anyway, he collects the box of seedlings at the same time which he drops off at our friend’s doorstep on his way home. Job done with no risk of infecting each other.

I’m also growing some seedlings on for our neighbours – who kindly dropped a ball of string down for me yesterday. One of those silly things that being isolated stops you from getting. I’m not paying £6.00 for something on Ebay that our local hardware shop has for 99p I want the string for growing my tomatoes etc. up.

I do wish people would stop seeing this isolation as something imposed on them by the government. It’s how to keep yourself and your family well. Yes it’s awkward and often frustrating but better than playing Russian Roulette with a virus that can kill you.