Since things have calmed down on the book buying front and we’re settling down into the new, isolated normal, it’s back to gardening time. Phew! 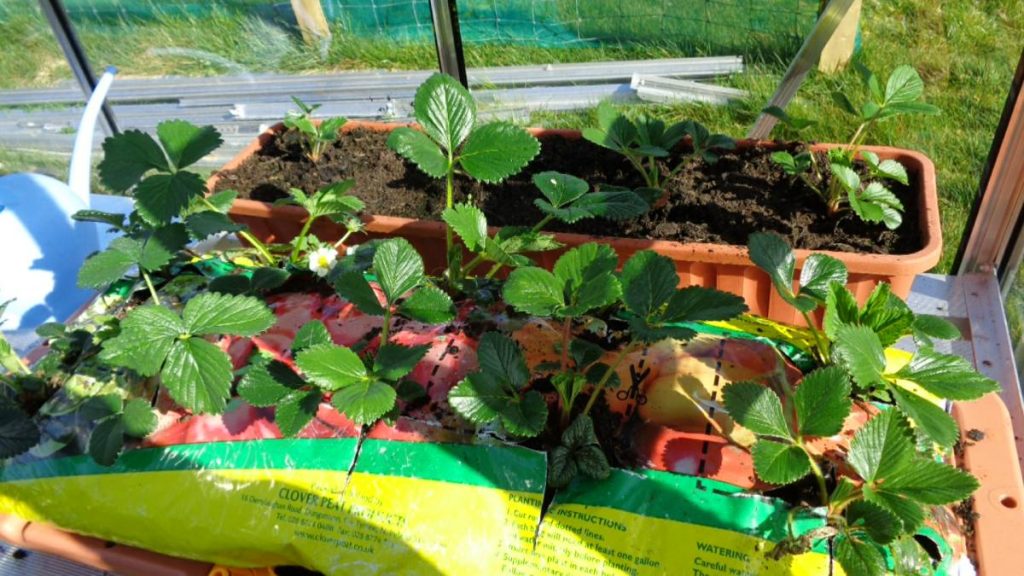 Strawberries in the growbag on the Hozelock waterer

I’m comparing results between growing strawberries in a growbag on a Hozelock automatic waterer with growing them in a trough. Already the growbag plants are larger and one has started flowering. It looks like the growbag system is ahead but there’s a way to go yet. 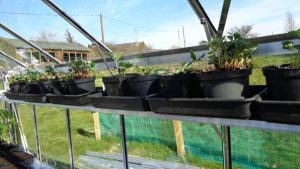 Strawberries in pots on the integral shelf in the Eden greenhouse

Having got the space on the integral shelf in the Eden greenhouse, plants and pots I’ve potted up a dozen plants in pots on the high shelf above the bench in the greenhouse.

Two pots fit nicely into a solid seed tray so I can keep them well hydrated and fed from the bottom. Looking forward to seeing how that works out. 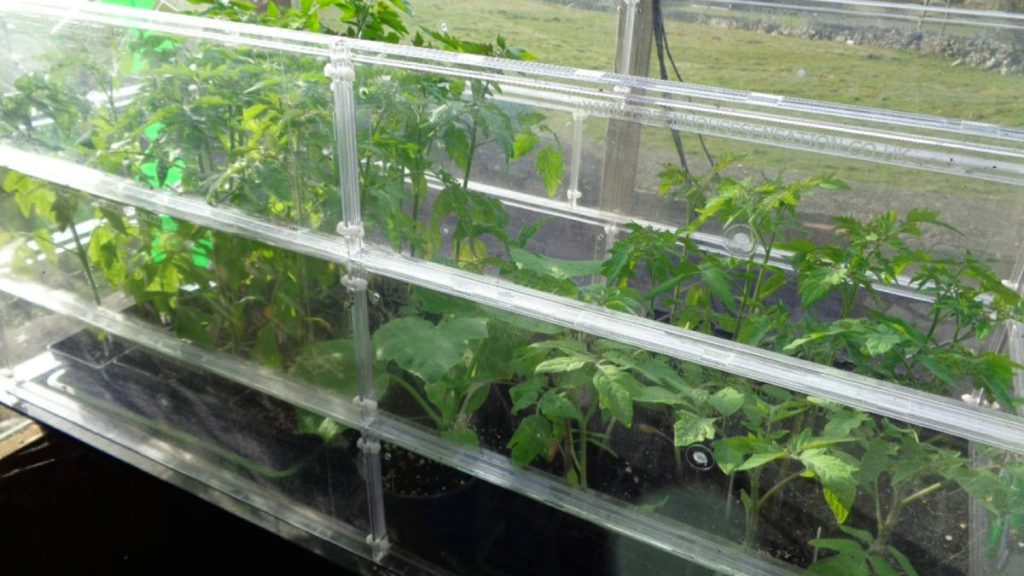 Tomatoes growing in one of my Vitopods

I seem to have gone a bit overboard with tomatoes. Despite giving away a dozen plants, I’ve far more than we can possibly need or want. The Sungold and Black Krim are both ready for final planting but the rest will hold a week or two longer.
You can never tell when the weather is going to change at this time of year. Fingers crossed!

It’s heartbreaking but I’m going to end up composting some decent plants.. unless we set up a tomato canning plant!

Potted up a dozen sweet peppers from the seed tray. A mixed pack so no idea what they’ll be like which is fun.

Sowed the rest of my Douce de Provence peas in trays as I’ve covered before in my diary. My daughter wants some of these as Grandsprog loves eating them raw from the pod.

The big problem with greenhouses is when a sunny day runs the temperature up to Gas Mark 8 and cooks everything before you get to it and open the vents. I think automatic vent openers are basically a ‘must have’ item for a greenhouse.

So I decided to fit 4 Bayliss XL Autovents to my Eden greenhouse. I had these already, recovered from previous greenhouse versus storm disasters. Bit of a problem though, the clamps and bolts that fix them to the vents were lost.

Well buying a new set would set me back between £80 and £100 which is quite a lot of money so I thought to contact the manufacturers and see if I could buy spare clamps. Good news, they have them for sale on their web site. £4.00 a piece including delivery. Hope they arrive soon.