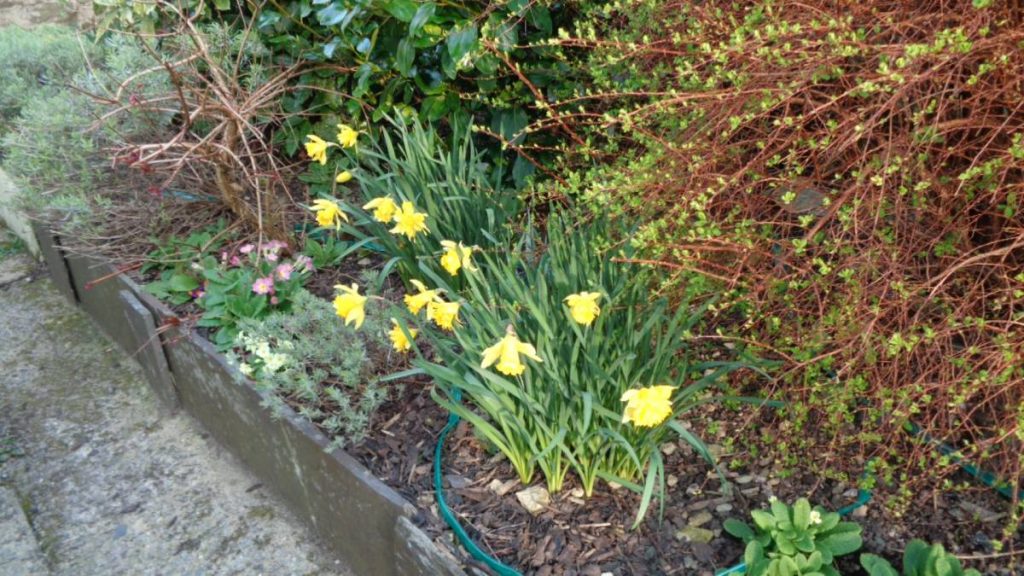 Wild Daffodils in our Neglected Back Border

To say we’ve been busy is an understatement. We’re getting a large number of book orders, actually selling as many in a one day as we expect to sell in a month. Like all the online businesses, that’s at the same time as we’re having troubles getting stock in and other supplies such as envelopes to post them out in. Even getting them out to the post office for delivery is more difficult now. But we’re getting things sorted and out.

My new book has slipped behind schedule too. That’s really frustrating but as I said to those who signed up for an early bird offer, better a good book than a rush job.

And I’ve not kept up with the growing – in part because my trapped nerve slowed me down and stopped a lot of the pre-season jobs getting done. Running on the treadmill to catch up now!

At the rear of our house is a path with a terraced bed and wall separating it from the field. It’s pretty low maintenance, for which read neglected, but sheltered if a bit shady. Mainly it’s given over to bushes with some flowers underplanted.

When I was bringing the walled vegetable garden back into production, I dug up some daffodils. These had been left to their own devices for many years but were giving a show each spring.

The bulbs were lifted in the autumn, separated and cleaned off and then popped into a bucket over winter for spring planting last year. Unlike the bulbs you buy which are quite large, these were very small. More like broad bean size than plum. They just went into the poor soil placed into a little spent potting compost.

They’ve had a little Growmore but nothing else. The photo shows our reward. They’re not big blousy flowers, but beautiful none the less. And they perform better and more reliably than any of the commercial varieties we’ve planted. 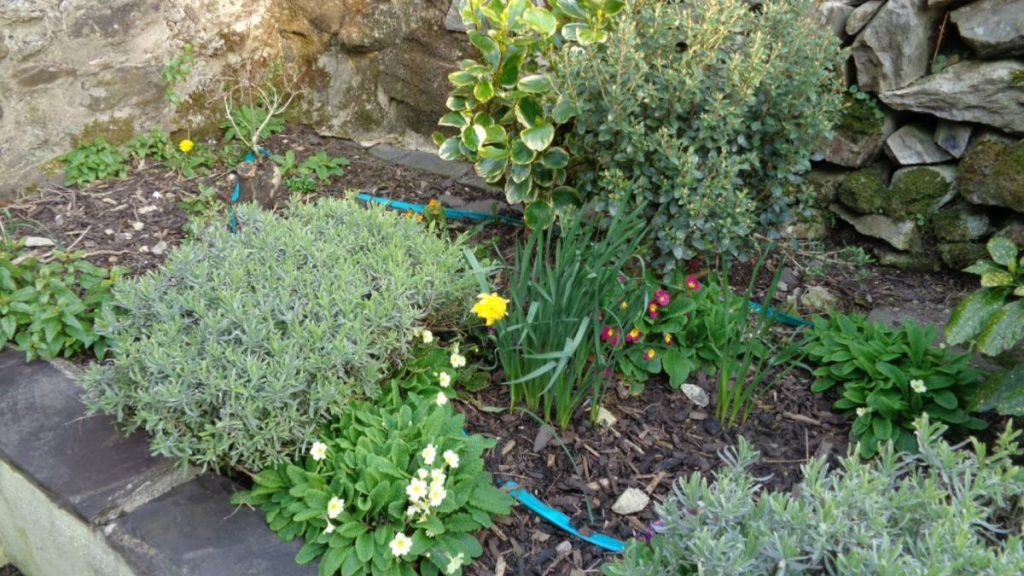 A clump of self-seeded wild primroses – ready to split in a month – in the back border.

Another favourite flower is the wild primrose, primula vulgaris. They come up like a weed here. Yes, we have some colourful ones purchased from the garden centre but their wild ancestor is as tough as old boots and just as beautiful in my book. Once again, they’re thriving on neglect.

I rarely mention the decoratives, but man does not live by brassicas alone and some food for the soul keeps you going.