Back in 2005 Jamie Oliver launched his campaign to improve school dinners. Sadly it didn’t have the results he hoped for despite his efforts and the power of national television. 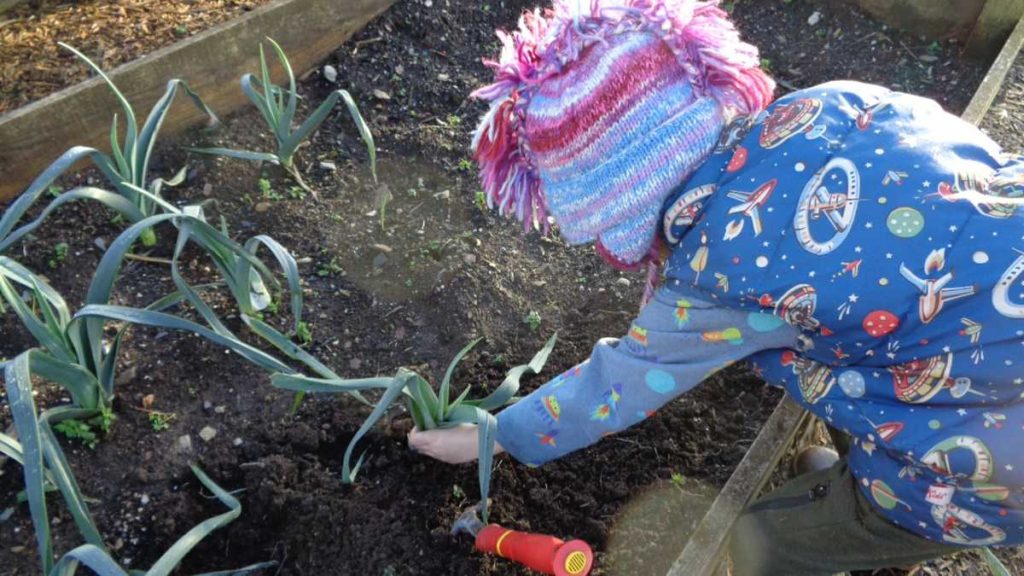 One of the episodes, if I recall correctly, had a class of children failing to recognise common vegetables. In fact most of the kids thought food came from McDonalds or the kebab shop. 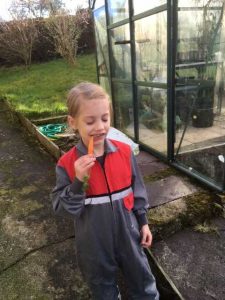 Nearly as good as chocolate, a sweet, freshly-pulled carrot

The kids, not surprisingly, preferred junk food to proper food. That’s understandable – children learn their tastes. Given the choice they’ll live on chocolate and chips.

It’s the job of the parents to educate their tastes towards a healthier diet. Yet the reaction of some parents was to smuggle in food parcels to their poor suffering offspring. It’s no wonder that we have increasing rates of childhood obesity and for the first time we’re seeing children who are unlikely to live as long as their parents.

Well I’m happy to say my six year old grandson isn’t going down that slope. He loves sweets and chocolates as much as the next child but he accepts he can’t have as many as he’d like. At the same time he knows where his food comes from, from seed to table. Because he gets a varied diet, he’s willing to try new foods and enjoys his vegetables.

As you can see one of his favourites is a freshly-pulled, sweet carrot. In the summer he’s in the greenhouse enjoying tomatoes straight from the vine along with a cucumber. He’ll happily munch his way through a cucumber on a hot day.

Vegetables for the Stew 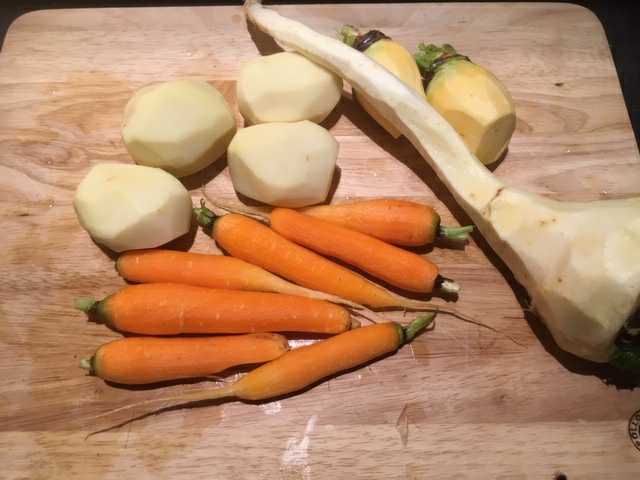 Carrots Potatoes Parsnip and Swedes from the plot

Grandson came over with his mum last week and they pulled some carrots from the polytunnel, a couple of parsnips and small swedes from outside along with some potatoes from the store. 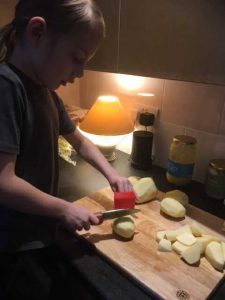 My Grandson Cooking – note the special knife and guard to keep his fingers intact.

His mum helped by peeling the potatoes and parsnip. Making this created an opportunity for a lesson in cookery and maths. Weighing ingredients, measuring water and so forth.

He chopped the vegetables himself. He’s got a sharp knife with a special handle that means his fingers don’t get in the way, even if the knife slips.

To protect his other hand, there’s another clever gadget that keeps little fingers safely out of the way.

I’ve no doubt he’ll eat pretty healthily all his life, that’s normal for him. And hopefully to a ripe old age.