I grow my climbing beans in the polytunnel where they’re sheltered from the wind. We get more than enough for us from a four foot double row of runners and the same of French. With the runners I’m growing Firestorm as they’re self fertile and do well under cover. The French are Cobra which are very productive. 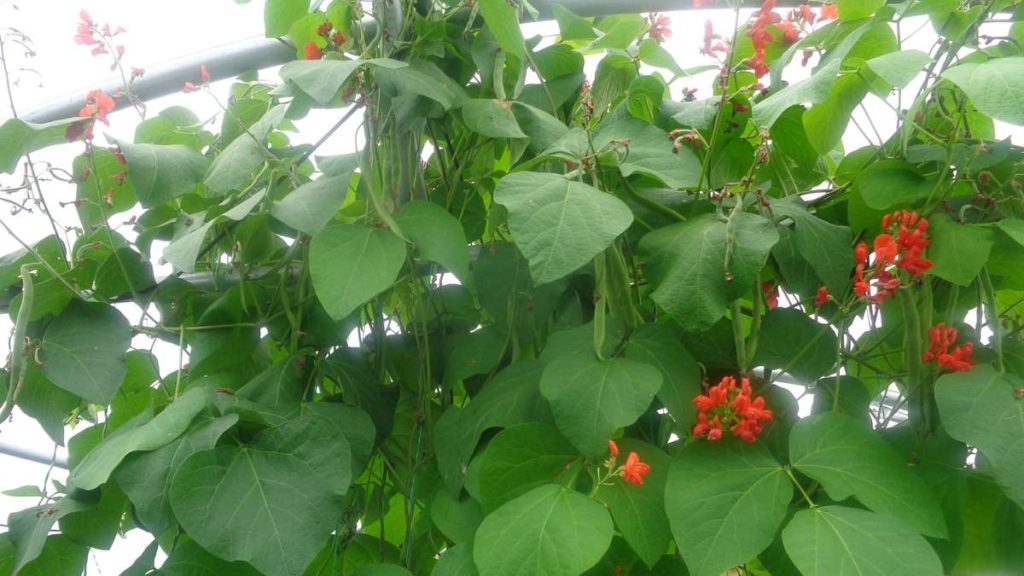 First of all I go carefully over the runner beans, harvesting all those that are ready. Some should have been harvested a week ago. Over a foot long! Trouble is they get stringy when they are allowed to grow on too long.

Having cleared the runners, sit down for a cuppa and spot a load more that I’ve missed! Then up to the Cobra, once again going carefully to harvest all that are ready. Back down to the runners where – you guessed it! – spot yet more. Then back to the Cobra where yet more are suddenly visible. I think the phrase is ‘hidden in plain sight’

Our next task is to prep, blanch, bag and freeze. That will take a couple of hours which isn’t too bad. Incidentally there’s info on the main website under recipes & food on storing produce and we cover various methods in detail in our book How to Store Your Home Grown Produce

I keep a pair of secateurs handy up in the polytunnel. I’d picked them up in a sale at half price which was £7.00, so not particularly cheap. Well the spring went which makes them useless.

Then, going through a box of bits that might come in useful one day, I came across a pair I’d had from my father. I actually remember him telling me that he’d bought them in 1957. 62 years old! 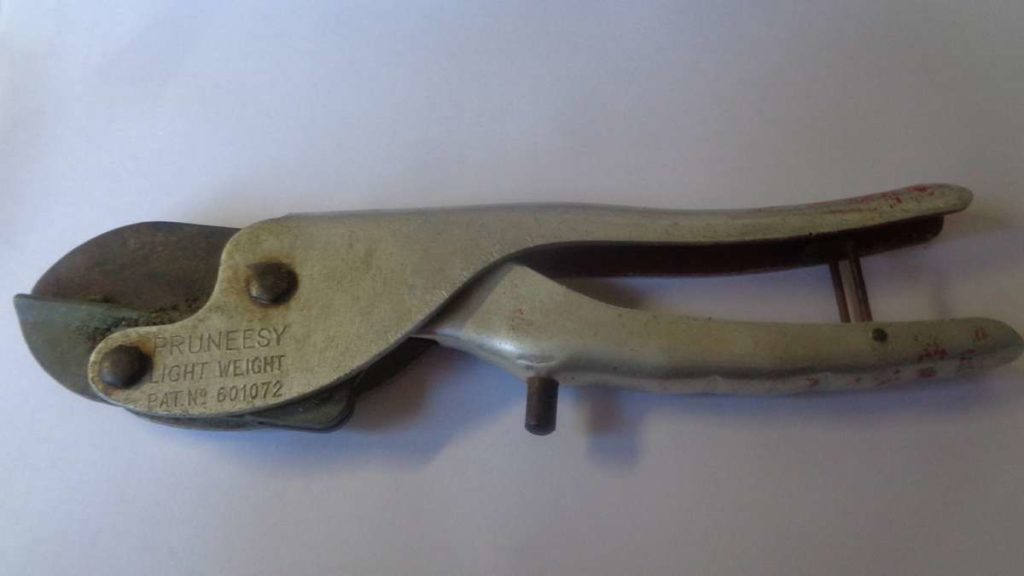 They were a radical design (for the time). The blade slides across the anvil when squeezed, vastly improving the cutting action. They were made by Hayes Tudor in England and called Pruneesy Light Weight. Patent No. 601072.

The body is, I think, aluminium and originally painted bright red – making them easy to find. It’s a strip of metal in the handle that acts as the spring and there’s a simple clip to hold the handle closed when not in use. The odd solid metal tube on the handle was to hold it in an extension handle enabling pruning tree branches (optional extra, 30 shillings) The secateurs cost 17/6d in 1957. Probably about £20 in today’s money 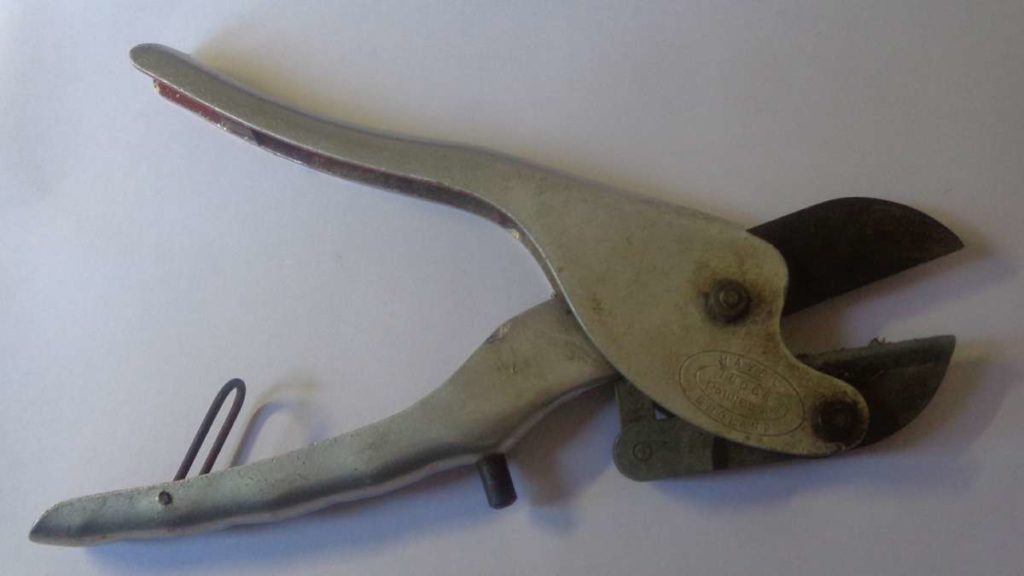 Despite lying unused for at least 10 years, probably 20, they open and close easily. They don’t even need oiling. The blade was dull but two minutes with a file and it’s sharp again. Works a treat.

They really don’t make them like they used to!

I’m in for my cataract operation on Tuesday and am taking a bit of time out. I had one some five years back so not worried about things. Not the best way to spend a sunny day, but it will be great to be clear-eyed again. You can read about it here: Cataract Operation