Last year I discovered an old seed potato that had rolled under the bench. It didn’t look much like a potato, in fact I was a bit worried it was something a trapped cat had deposited at first. (Yuck!) 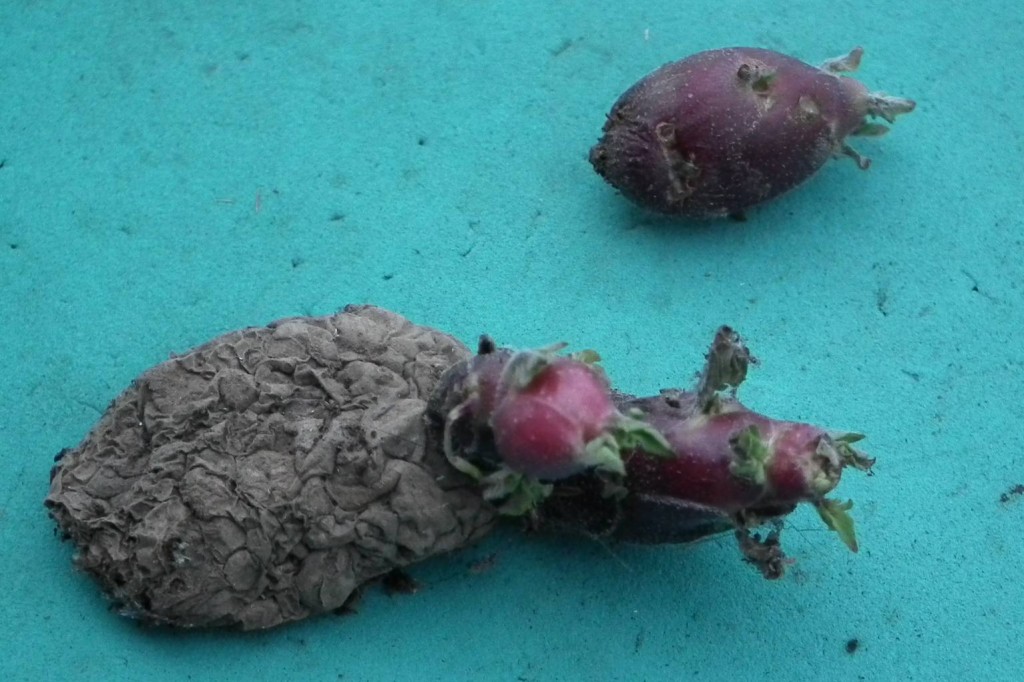 Old Seed Potato from Under the Bench

Grey, scaly, wrinkled remnant of a seed potato with 3 chits attached, one of which promptly fell off. But they all looked alive so I decided to pot them up and see what, if anything, happened. The tuber with 2 chits attached into one pot and the remaining chit into another.

I started them in small pots and as soon as they seemed to be growing filled a couple of 10 litre pots with multi-purpose compost and potted them on. First time I’ve ever potted on a potato! 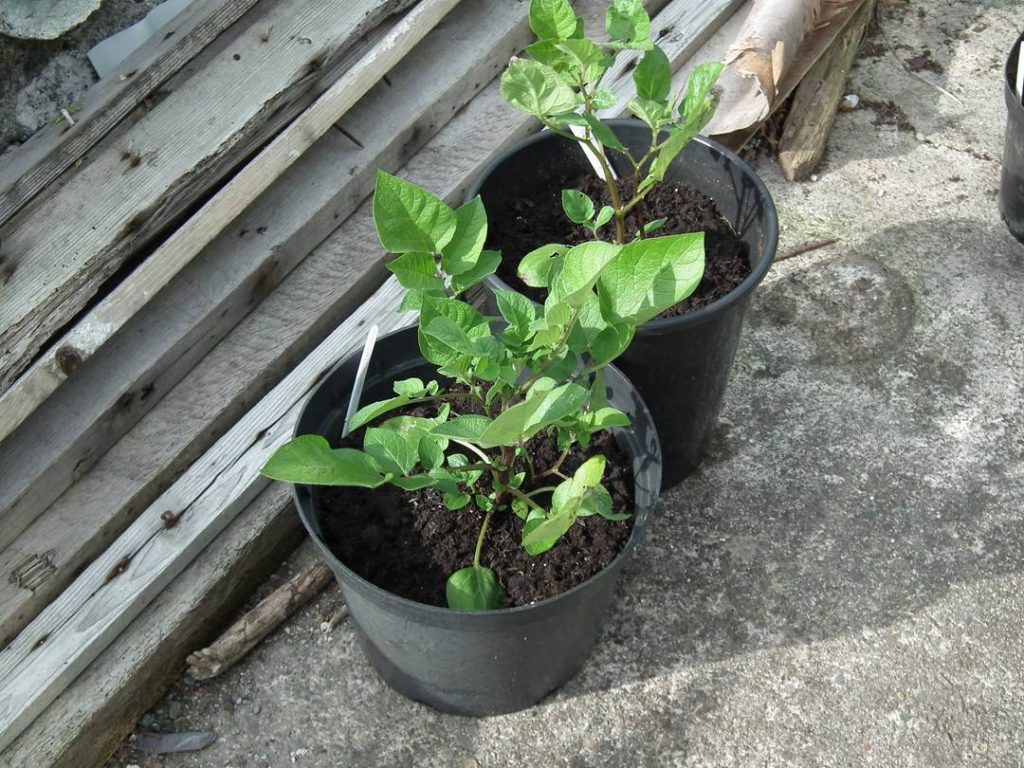 I didn’t really pay them much attention. They sat on the path; I watered when dry but otherwise ignored them until the haulm died off. I cut the dead haulm off and basically forgot them.

Well today I was emptying pots of spent compost and found the two potato pots I’d forgotten about. Incredibly they had smallish tubers in them, 10 between the two pots, plus some marble sized babies.

Now I think this must be quite a tough spud to say the least so I’ve decided to chit them and plant them out later in the year.

But what are they?

Normally I list what potatoes I’ve got chitting but not 2015 and my memory isn’t brilliant. It’s funny, I can remember some facts really well but events and dates and what potatoes I planted 2 years ago.. not a clue.

I suspect they may be Sarpo Axona, pretty sure they’re not Mira. Oh well, proof of the pudding will be in the eating. 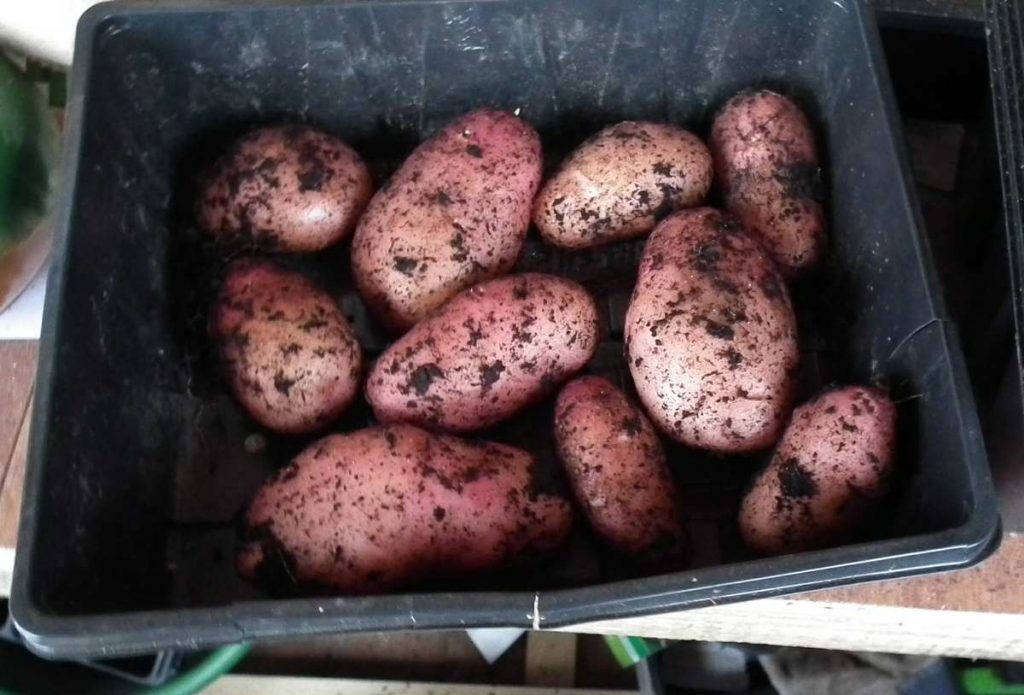