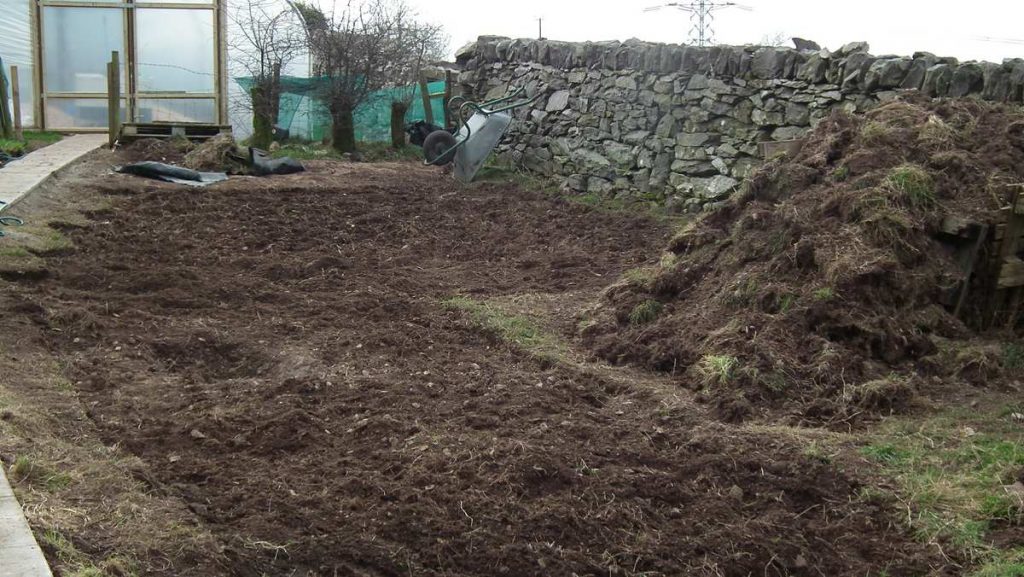 Tuesday was actually quite pleasant, bit of drizzle but quite a lot of sunshine too. It’s amazing how quickly the polytunnel gets warm when the sun shines, almost tropical today.

The first task of the day was to clear up the broken glass from yesterday’s storm. Happily not as much as I feared but a reminder not to take the weather here casually. Those pots I left out meaning to put away were scattered all over so collected those up and finally put them away.

Clearing the walled garden continues, fishing out stones and a boulder that squashed the barrow’s tyre flat with its weight. There’s a couple or three huge ones turned up that are effectively not going to be moved. My neighbour’s claims he used to dig this area over seem a little improbable!

The Merry Tiller got taken out to run over the dug over patch, throwing up yet more stones. Given ten years I should have them all out. 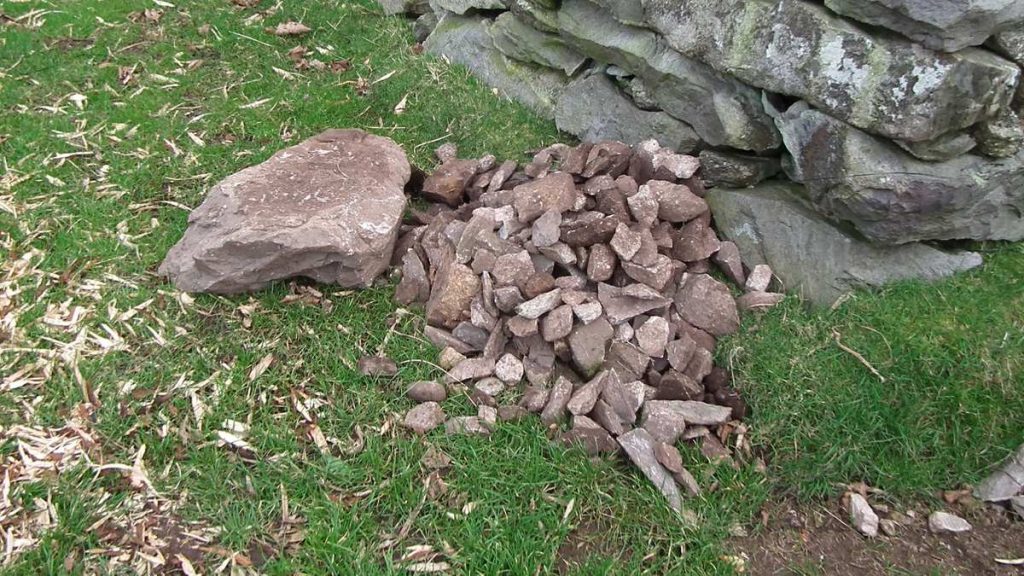 The next task will be to dig a trench, put a layer of the turf stripped from the top and some of the manure in and then soil from the next trench on top

Since the weather seems to have turned and be warming up nicely to spring, time to plant out my garlic that has really been doing well in pots in the greenhouse. They’ve gone out in one of the raised beds at 20cm (8”) each way spacing.

My grandson arrived as I was getting the last few planted. After he’d charged around a bit, he announced he announced he was tired and went and got his camping chair from his playhouse, brought it up to the bed and sat down to sup’vise me. Melts my heart – especially when he’s being a little devil.

New Tools for the Polytunnel

I’ve bought a couple of tools specifically for the polytunnel. 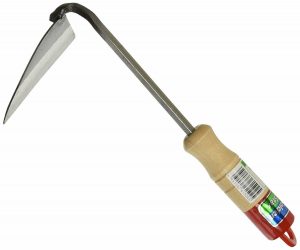 Some years ago our friend Wali, who sadly passed away a couple of years ago now, came to see us. He was living in Japan at the time and we talked about growing in Japan. I’m glad we don’t have troops of monkeys stealing from our plots!

He told me about their tools over there and raved about mattocks (which we can buy easily here) and a hand hoe he had. So when I happened across this on Amazon I hit ‘order’

The angle of the cutlery steel sharp blade is such you can use it level to undercut and with a downwards chopping action. The pointed end provides a way to dig out roots of perennial weeds or to draw a drill for sowing in.

It’s taken a six weeks to arrive from Osaka, which is quite a long time especially when you think how fast deliveries from China are nowadays but it’s here now. The handle’s a bit small for my liking, I suppose Japanese may have smaller hands, but adequate.

It’s very utilitarian. The blade is welded to the steel shaft and it looks quite crude. It’s not a Hattori Hanzo – the sword in Kill Bill- for sure. I think it will probably be a lot sturdier than it looks and last the years, but only time will tell. Japanese Hoe on Amazon

This is great for using towards the rear of beds so I don’t need to step onto them. Like all the Standwell range it’s superb quality. The ash handle is a pleasure to hold and the tang is forged, not welded like cheap trowels.

The head is forged powder-coated carbon steel with depth markings inlaid, which can come in useful

It’s practical but not utilitarian – this is the Hattori Hanzo of trowels! Standwell Tools