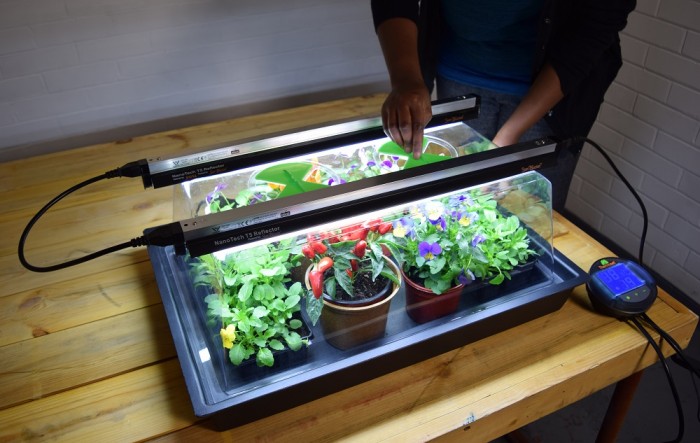 Some years back we were at a dinner with the National Vegetable Society after the annual meeting. The conversation got round to Christmas.

As we moved on around the room, Val turned to me and said, “The real miracle is that they’re all still married.” – Somehow I don’t think I’ll be allowed out in the potting shed or polytunnel for the next few days!

Santa has been very good to me this year, not just a polytunnel but to help me get things away really early I’ve got a geopod propagator. It’s made by those innovative people at Greenhouse Sensations who make the Vitopod which has done me sterling service for a eight years now. 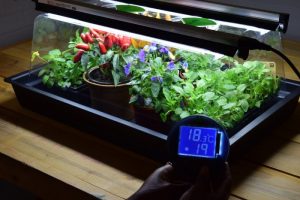 Like a Vitopod, the Geopod is a heated propagator with an extremely accurate temperature controller but it also has Sun Blaster grow lights. These are fluorescents with a special reflector that increases their efficiency.

I’ll report on how I go with it. I’ve often said that providing heat is no problem when starting seeds early. It’s the shortage of daylight that’s the problem. So I should be able to get a few things going early next year without the seedlings being weak and drawn.

Since I don’t expect to be allowed to play outside for a day or two, when I’m not on cooking or washing up duties, I’ll start working out what seeds I need for the coming season.

I’d just like to take a moment to wish all my readers a Merry Christmas. I hope you’re having (or had) a really good time. And a big thank you to all those who are working away whilst the rest of us make merry. The people who keep our civilisation going and especially those who spend their Christmas looking after others.