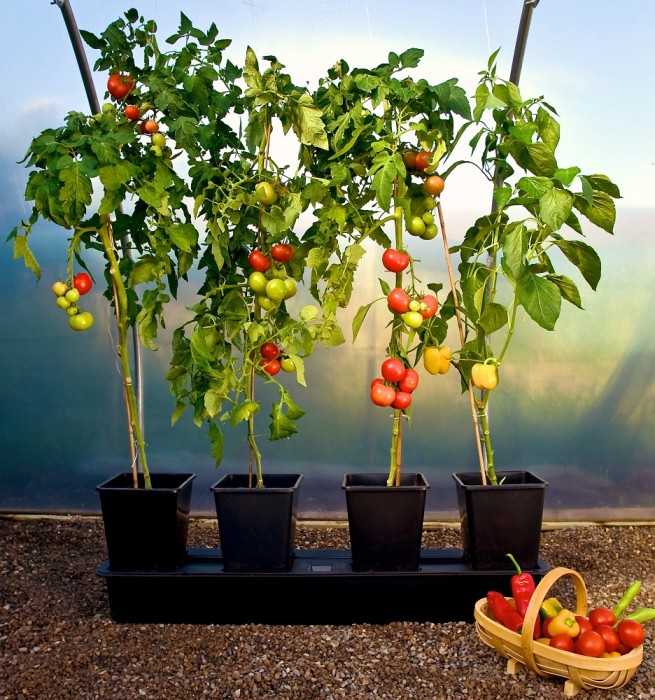 The Quadgrow Planter said to double the yield of tomatoes

This year I’m going to trial a new method of growing tomatoes that is said to double the yield per tomato plant and give great results with other greenhouse crops like peppers, aubergines and cucumbers.

Tomatoes are notoriously sensitive to a lack of water. If they dry out it causes split skins, poor yields and it alters the calcium balance in the plant which results in blossom end rot. But too much water causes problems as well as the roots need to breathe a little.

There are all sorts of methods of growing tomatoes but my preferred method is in the greenhouse border. There’s a much bigger reservoir of water in the soil than in a pot and excess water tends to drain down allowing air to the roots.

Large pots are my second choice. I suppose I could set up a timer-controlled, drip-irrigation system for them but that’s a lot of messing around so they tend to be watered by the ‘drown in the morning and dry out’ method. Yields and quality are not as good as the border, though.

This new method is the creation of Greenhouse Sensations who have some very innovative and effective products. Like many good ideas, it’s obvious when you think about it and you wonder why nobody thought of it before.

The concept is that there is a large water reservoir through which the plants are fed and watered below some pots containing compost. Water is taken up to the pots from the reservoir by a wick which is shaped so that more water is supplied lower down the pot than at the top.

The result is that the compost in the pots is never soaked nor dry, giving the perfect environment for the roots. The top of the pot is fairly dry which helps prevent a humid atmosphere above – perfect for mould prevention.

There are a number of reports around claiming yields double the normal for tomatoes and amazing results for other crops like peppers and aubergines. 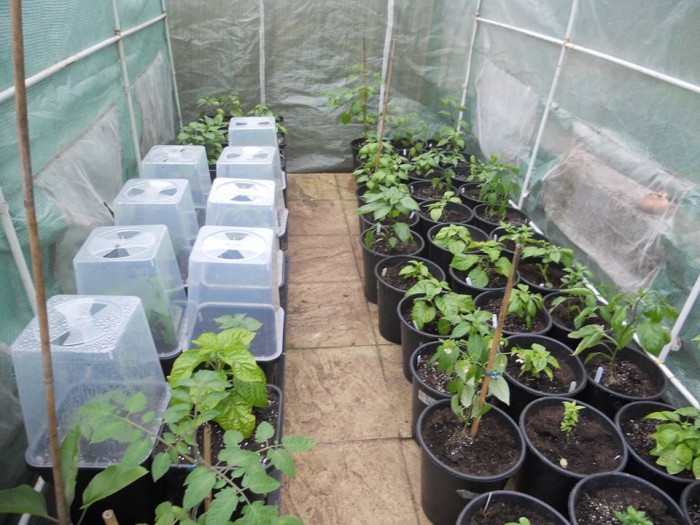 I’ve also had the clear plastic protective cloches that sit on top of the pots so I can get things moving earlier than normal. It’s surprising how much of a difference just a couple of degrees can make, especially with seedlings and young plants.

I’ll report on how I get on as the season progresses.

2 comments on “Double Yield from Tomatoes”