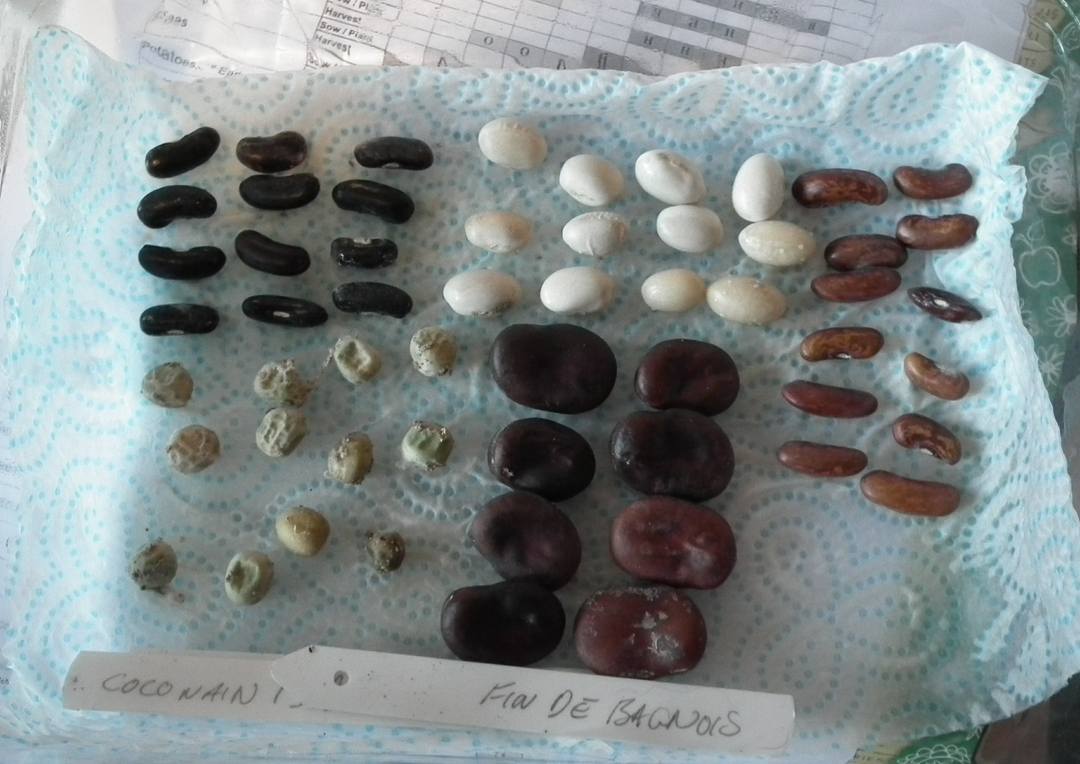 It’s that time of year when we get our seed orders in. Actually I’m a tad late but not too late to get going.

Before I start ordering anything, I needed to sort out what I’ve got in store. I found a box of various seeds that had been hidden by some boxes whilst I was doing some building work in the old cow shed.

Most should be OK in their foil packets except for some beans and peas that we’d bought back from a holiday in France a couple of years ago. These are packed in cardboard boxes and the cardboard was damp.

Apart from a box of peas, they all seem to be in good condition but damp is not good for seed storing to say the least. So I’m testing them to see if they will still germinate. See germination testing seeds.

I’ve also got quite a few packets of seeds that are technically out of date. With most of them I’m not worried about using them. The worst case is that the germination rate will be a bit lower than usual. Having said that, I’ve got some spring onions and carrot seeds that are 3 years out of date. I reckon they’ll be OK but I’m testing them as well. It’s best to know now if the seeds are good or not. Nothing more frustrating than planting things that don’t come up.

Usually when seeds are past their ‘sow by’ date what happens is that the germination rate declines. So if the rate was say 80% it may fall to 70% and the next year to 50% and so on until it reaches next to nothing.

Modern air-tight foil packaging is so good that you can often be surprised by how viable old seeds are. I’ve also turned up some unopened lettuce, calabrese, cabbage and tomato seed packets that had fallen behind a dresser. I think I was photographing them as they were give aways with our books. Their sow by date was 2011.

Finally, I’ve turned up some parsnip seeds that should have been sown in 2015. If the packs had been opened I wouldn’t bother even testing them because parsnips are notoriously fickle. But the packs are sealed and they’ve been at an even, albeit warm temperature.

My first thought was to just throw them away but I’m testing them. After all, the worst case is they still end up in the bin and there is a fair chance they’ll still grow! 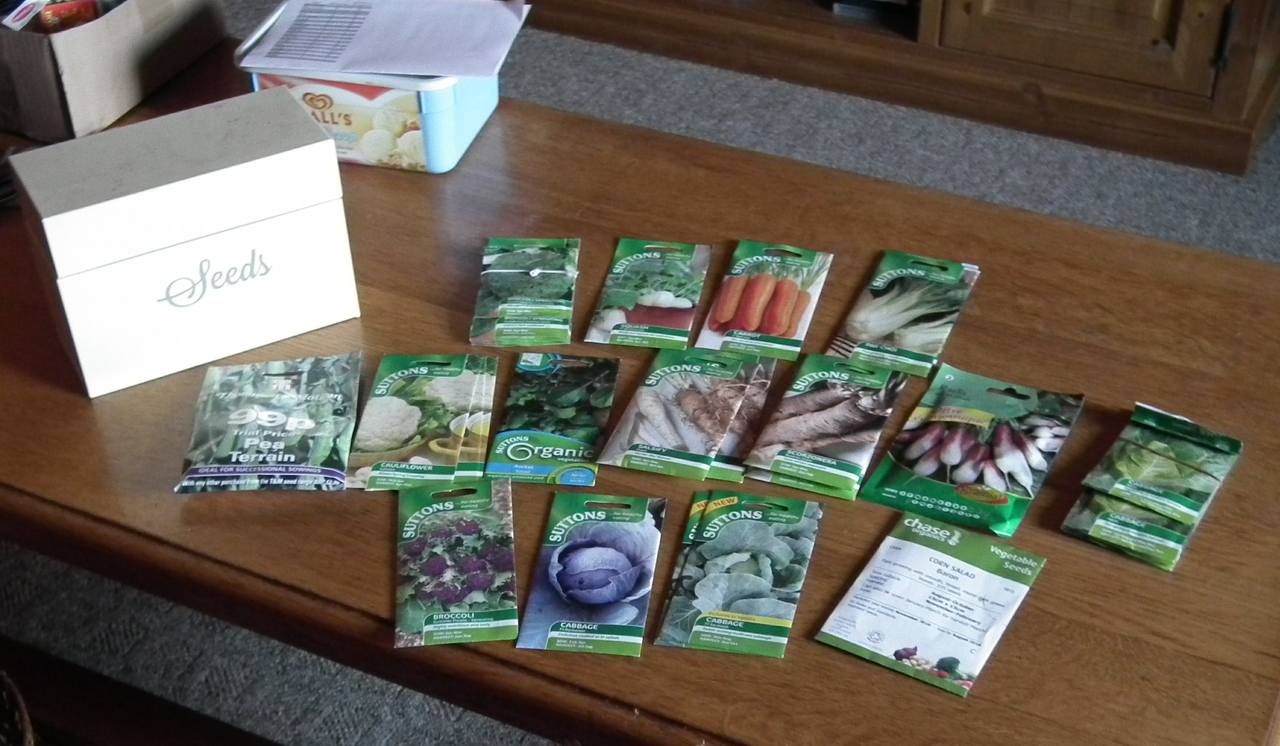 Sorting out the seeds so I don’t duplicate when ordering

I’m very fortunate in that I’ve seeds galore from the ones Suttons kindly supply to give away with my books. Plus some from our last trips to France. Some people bring back wine but I bring back seeds. Having gone through them all, I actually need to buy remarkably few.