Well we seem to be enjoying some fantastic weather. Usually I watch the weather forecast and it’s raining here whilst London and the east are enjoying a heatwave – but it’s our turn now!

Only thing is that, being up high, we get the wind even when it’s calm and still down near the coast. Even the village, which is halfway down to the coast, is a lot less windy. It makes choosing clothes tricky – it can be sweaters here and T shirts down there. 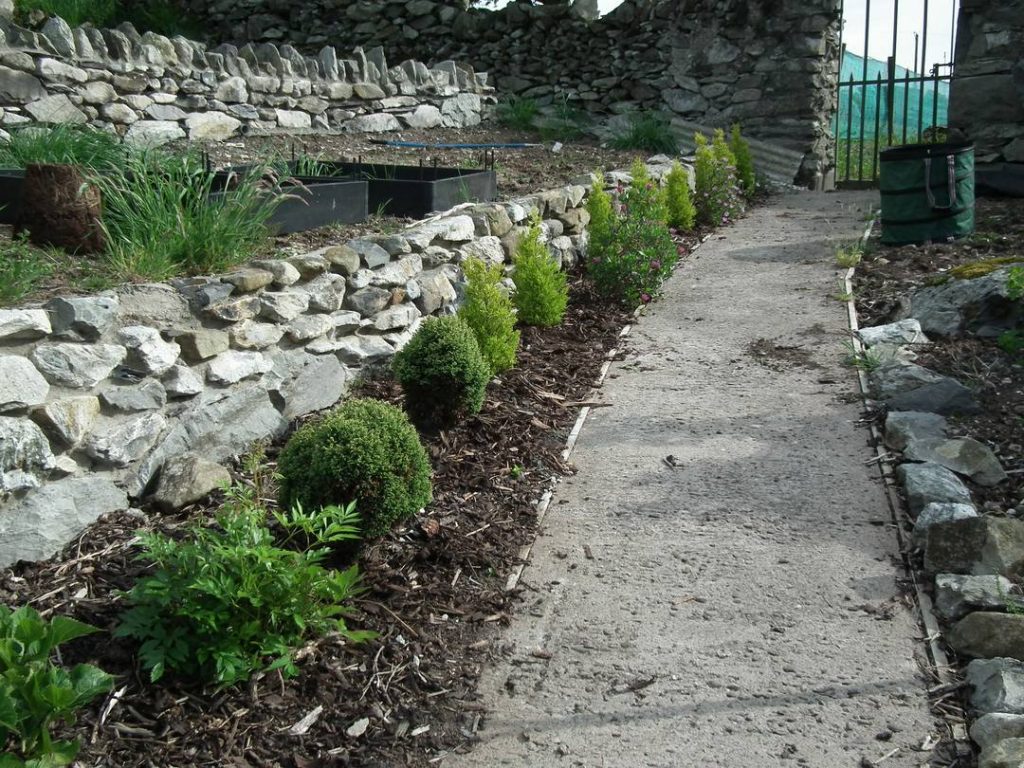 Last year we put a decorative border in by the path up to the walled plot. Then the blasted sheep got in and decided it was a salad bar. Val was somewhat upset, judging by the steam coming from her ears so I promised to redo it.

We really don’t want to be fussing about with it so we decided on mainly dwarf conifers with a few osteospermums to brighten things dotted in. We have a bit more depth as the border starts so there are a couple of hydrangeas, a bush rose and Val did a garden centre raid and provided some more fillers for me to plant.

We bought the conifers last year when they were quite small but they’ve come on well in pots. Planting them out would normally be a fairly quick job but with all the stones in the ground here it’s a slow task, levering them out.

Anyway, it took a whole day to get the conifers in and a morning to finish but from now on there’s not much to do there. 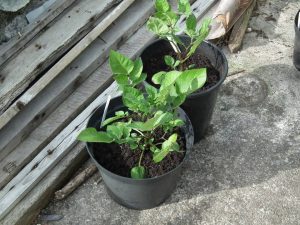 You might recall that in February I found a seed potato from last year that had fallen under the bench and, since it was trying to grow, decided to pot it up and see what happened. One of the chits broke off so two pots.

Isn’t nature amazing? They’re both growing really well and I’ve moved them to large pots. I don’t know what variety or what result I’ll get – but it’s a bit fun seeing what happens. 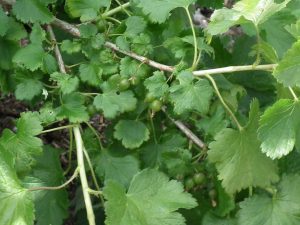 All the berries and currants are coming along a treat. The jostaberry has really grown and this year it’s forming a lot of berries. The redcurrants are looking well and the blackcurrants are just great. I really should follow my own advice though, I’ve overcrowded the blackcurrants. Just had to try and squeeze in an extra plant.

The disappointment is the gooseberry bushes which are only just taking off this year. I think the heavy dose of wood ashes has helped but I’m not pleased with them. We may get a few berries but that’s the best I can hope for.

We actually got a second bowl of strawberries the other day. The plants under glass are cropping well but as fast as they ripen a certain 3 year old devours them. One moment he’s there and the next things are awfully quiet and you know he’s up to something… munching away in the greenhouse!