Mowing the Field – with help!

Having finally got the site upgrade settled down and running smoothly, I can get back to doing what I actually love, growing things and writing about it. 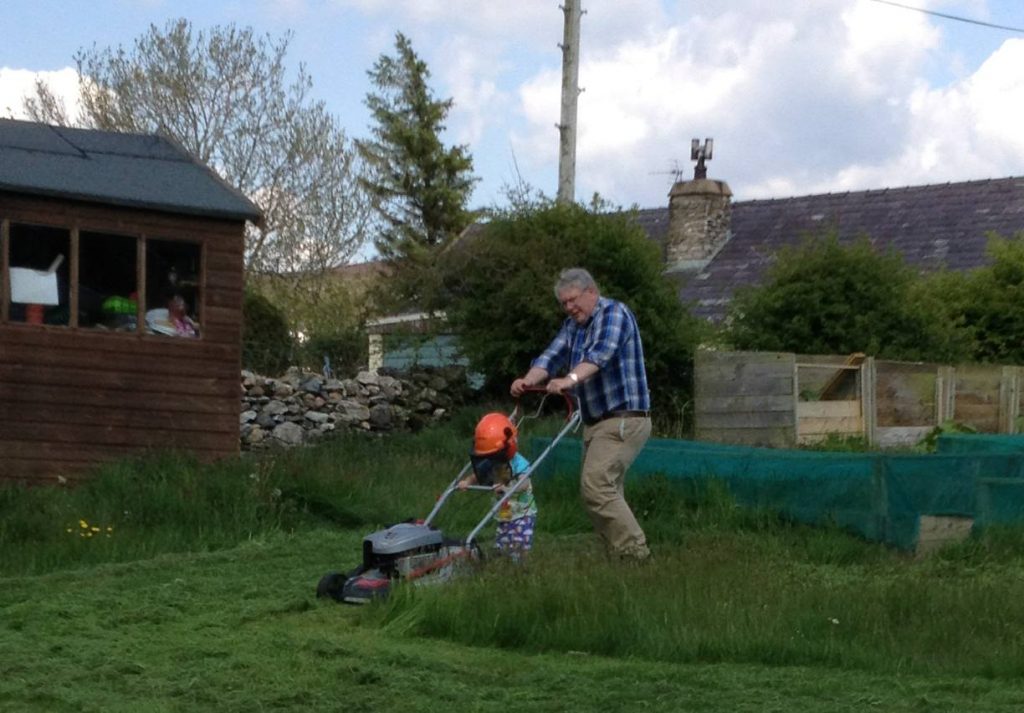 Mowing the field with help from my grandson

The biggest ongoing job here is mowing the grass which is not particularly interesting to do or write about. It has to be done and it eats up that most precious thing, time. At least I’ve got uses for the clippings as a mulch as I’ve written about before.

Last week’s mowing was particularly painful. I’ve let the grass grow more than I normally would which makes it harder but the real problem was a massive hayfever attack. I used to suffer very badly with it but as I’ve got older I’ve been OK. Anyway, this time I was struck down and even with a pill and nasal spray, pretty rough. 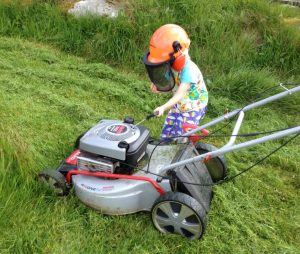 Lucky for me, my 3 year old grandson was there to help! He doesn’t like the noise of the engine so decided to wear my chain-saw helmet with ear defenders – not a bad idea.

Now I’d best make it clear, although he might have thought he was in control, I was. The mower has a deadman’s handle – let go and the engine and blades stop. He loves helping so long as he thinks he is doing it.

He’s no fool, when it stopped (ran out of fuel) he toddled round to the engine to pull the cord. Even if he could pull it properly there’s no danger of starting it as the deadman’s handle has to be held down at the same time and he’s just not big enough.

Most of the windbreak trees are doing well in the top field but a few have blown over. Ironic, isn’t it? These are being staked to help them establish. The best advice now is not to stake generally as leaving the tree to itself encourages strong root systems.

This isn’t quite the same as fruit trees which are usually supplied with dwarfing rootstocks. There roots are not as vigorous so the tree doesn’t grow huge but it means they need a bit more help than trees on their own rootstock.

Leave a Comment Here on Mowing the Field – with help! Cancel reply