I mentioned Ian Sturrock and his heritage apples back in August. Ian rang and told me they were having an apple day at the Pant Du vineyard, which is just half a mile distant and 100 metres lower from us. There were rumours of cider tasting floating locally as well so I just had to go.

Sadly there wasn’t a cider tasting but being as I was driving and my grandson had tagged along with his mum and dad that was probably a very good thing. The weather was sunny and hot and grandson got thirsty so we bought a bottle of the Pant Du apple juice and drank it between us. Absolutely lovely.

There was face painting and a couple of bouncy castles full of screaming happy children but grandson is a little too young for that sort of rioting whatever he thought. There were also donkey rides but a minimum age of 4 years old and a couple of people going around in teddy bear costume. He was fascinated but when teddy waved at him decided it was best to hide behind his dad. However, the cake stall was running 2 slices for a pound and her cheesecake was fantastic. The cakes gained the grandson and grandfather seal of approval.

My main interest was the apple stall but I got sidetracked by a medical herbalist. Some time back I got a really nasty skin infection on my shin which took massive doses of anti-biotic cocktails and various creams to kill. It’s left a large dry patch which always feels sore and looks red and angry.

Anyway he took a look at it and suggested a cream that immediately soothed it. Today, Sunday, it’s already looking a little better and feeling lots calmer. If you’re in N Wales I can recommend Daffydd Monks of Snowdonia Botanical Medicine – he knows what he’s at.

Going past a demonstration of pressing apples I finally got to Ian’s tent. He’d put on a fine show. There were samples of his Welsh heritage apples by their labels. I told him about planting the Bardsey and he pointed out the basket of delicious looking apples in a basket on the left were Bardsey and there were 500 trees growing in the neighbouring field.

As well as his apples, Ian was identifying different varieties and had a large number of them on show. There are a huge number of varieties available in Britain, over a thousand I think.

One apple I was very impressed with apart from the Bardsey was the Anglesey Pig’s Snout or Trwyn Mochyn in Welsh. It is named Pig’s Snout because of its unique shape. A large green cooker, it’s been long grown on Anglesey and keeps for months in storage.

Ian had also put an exhibition of apple problems together, from canker and scab to sooty blotch and capsid bug damage, not forgetting codling moth and wooly aphid. Sounds almost cuddly, wooly aphid, until you see what damage results.

As we left I snapped the recently harvested vines in the autumn sunshine. Who’d a thought it thirty years ago to the day to pinch a line from Monty Python. 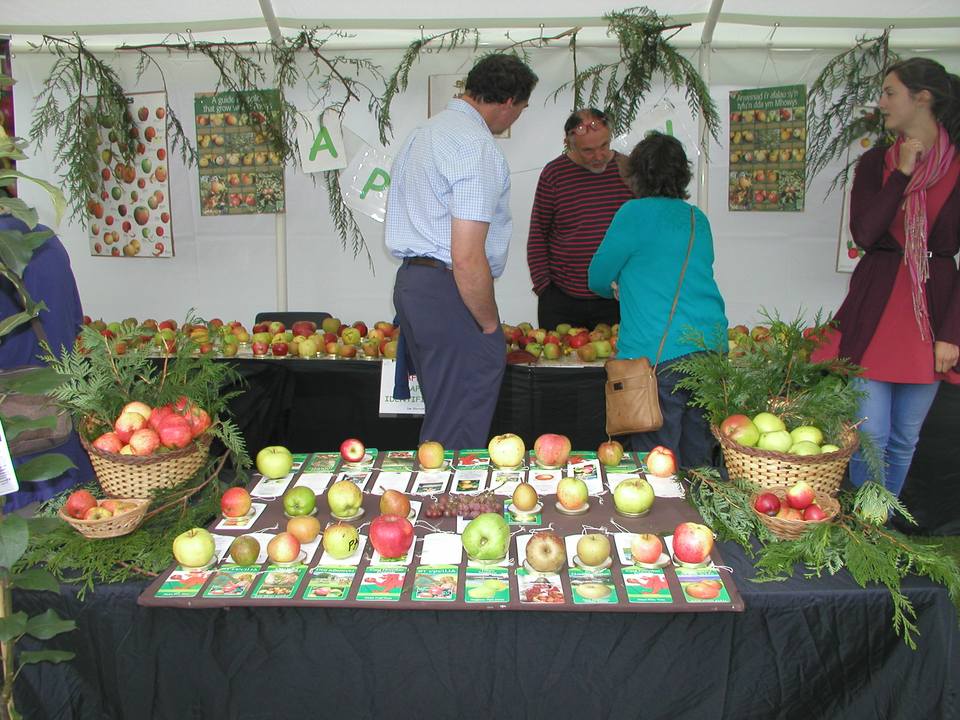 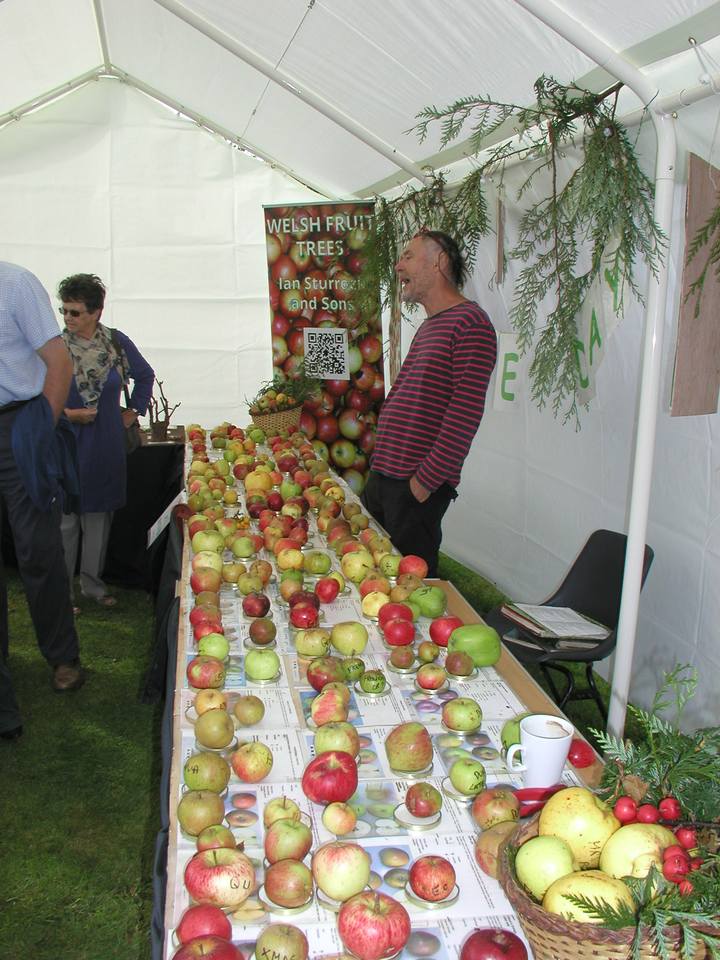 Apple Varieties ranged on the table in front of Ian Sturrock 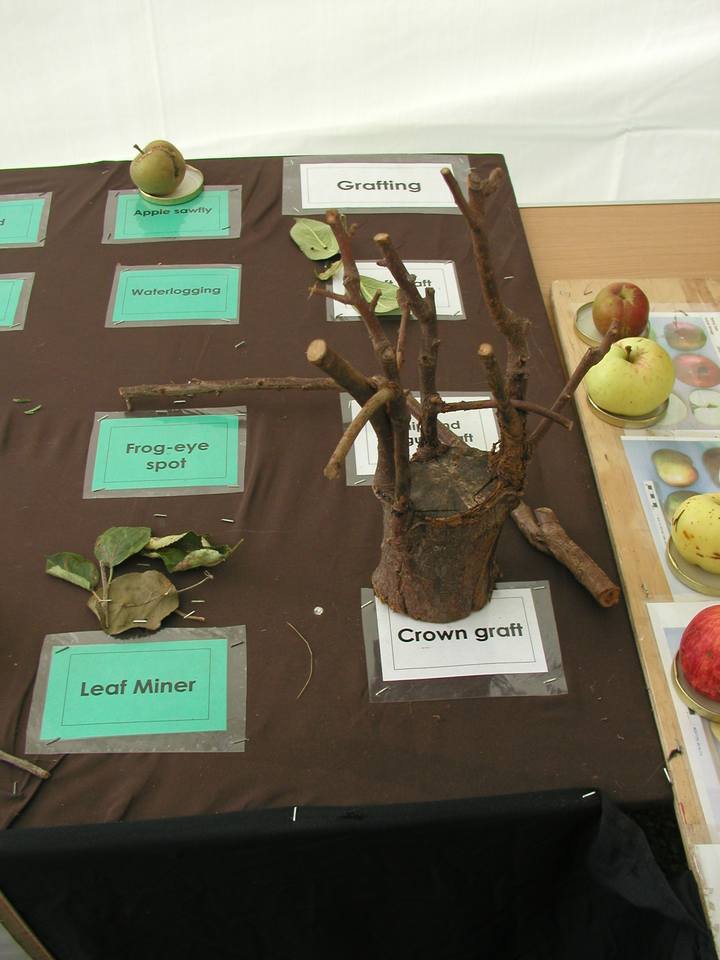 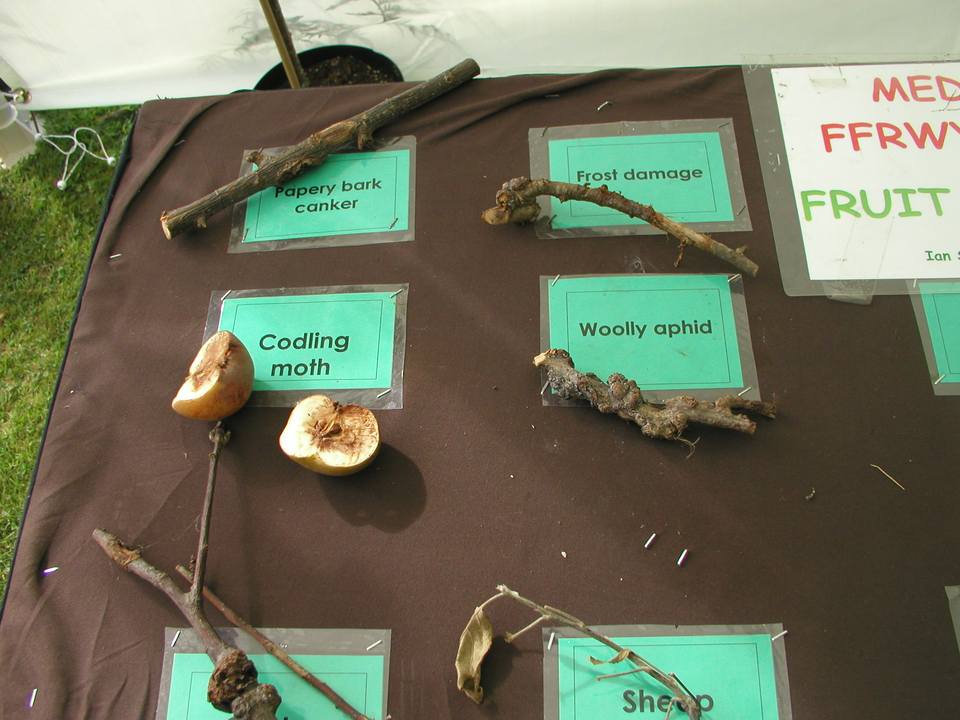 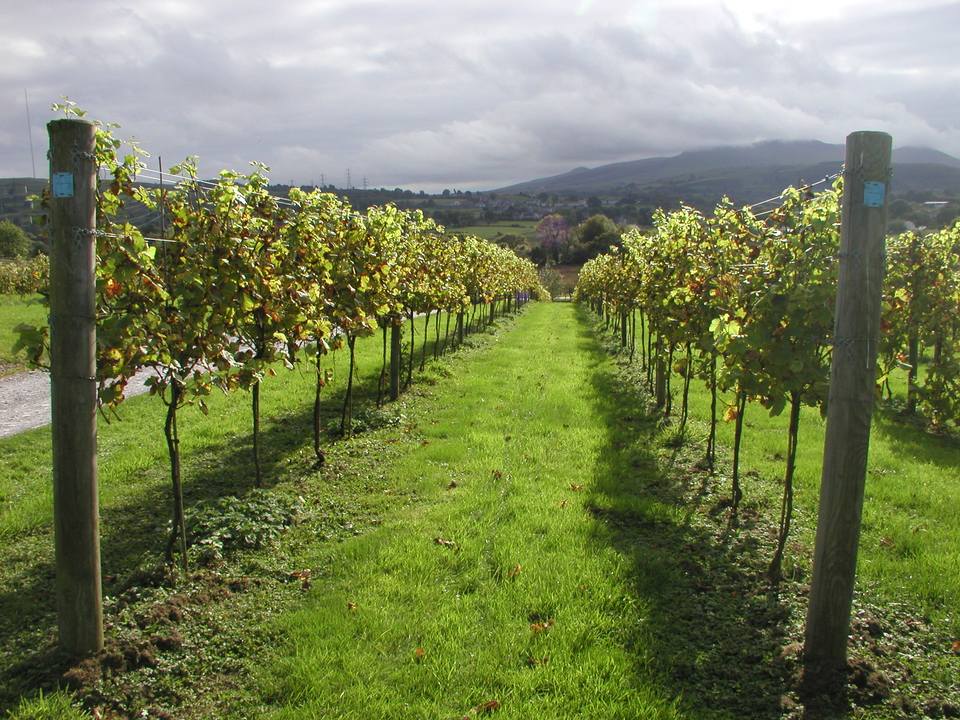 Grapevines after harvest in the autumn sunshine.