Autumn has finally arrived. Yesterday was warm and sunny, albeit with a little chill in the wind, but today it’s wet and windy with a storm warning for tonight.

I thought to spend yesterday outside but didn’t end up getting much time. The benefit of working for yourself is that you can choose when to work, in theory. The truth is that you work when circumstances make you, whatever you want. I was tying up a contract so lots of running around and telephone calls rather than doing what I wanted.

We’re having the track to the house re-done. Last year was the final straw for the tarmac when the heavy rainstorms washed a load downhill and got under the remaining tarmac, breaking it up. It was either get it re-done or buy a 4 wheel drive off-roader!

The guys are doing a great job so far. They’ve scraped down the surface and laid slate-waste which was compacted down before the concrete was poured. It’s being edged with black paviours and looking fantastic.

It’s interesting to note that they took a good two days preparation before pouring concrete. With a lot of jobs the secret is in the preparation and raised beds are a good example of this.

The actual construction of the retaining wooden sides is very simple. Just a matter of fixing planks to corner posts using 50mm screws and the battery powered driver. Before that I marked out where the beds were going, removed the turf and then broke up the soil below.

Normally I’d have used a fork to break it up but on our stony ground the easiest thing is to use my lovely old Merry Tiller. The Mantis is great but it doesn’t like fist sized rocks which jam it up and bend the tines.

Now when I say stony ground, out of the space for one raised bed I picked out a wheelbarrow full of stones. Most were fist sized and larger! By the time I’d finished the soil was lovely and fluffy but the moon was in the sky and it was time to get indoors.

Once the wooden sides are up and level – not a five minute job – the work of filling the beds begins. First of all the turves go in, grass side down and the soil above the grass broken up and stones removed.

Next some loam from stacked and covered turves along with compost which I’ll churn up with the Mantis and that should be ready to plant. The only thing is waiting for a decent day and there’s not one forecast at the moment.

I must admit it always feels a bit odd watering in the greenhouse when it’s pouring with rain but it has to be done. The weekend job is to give the Merry Tiller a mini-service. Luckily, as I can’t find the manual, I’ve got it online here: Merry Tiller Manual and the engine is almost identical to the Briggs & Stratton Manual here. 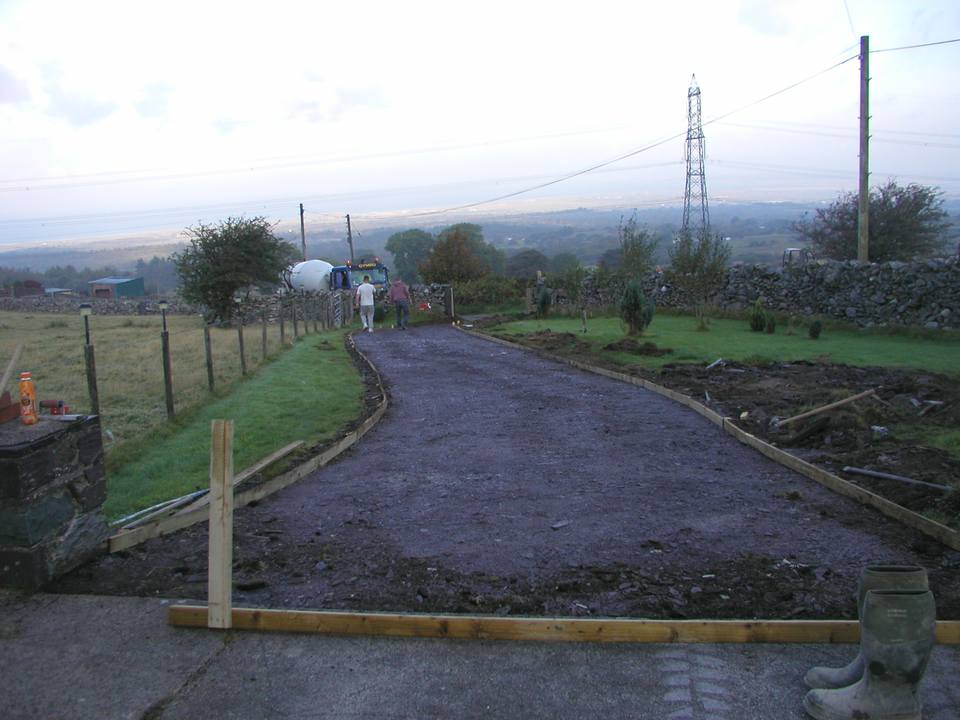 Concrete Arrives – The Base is Ready 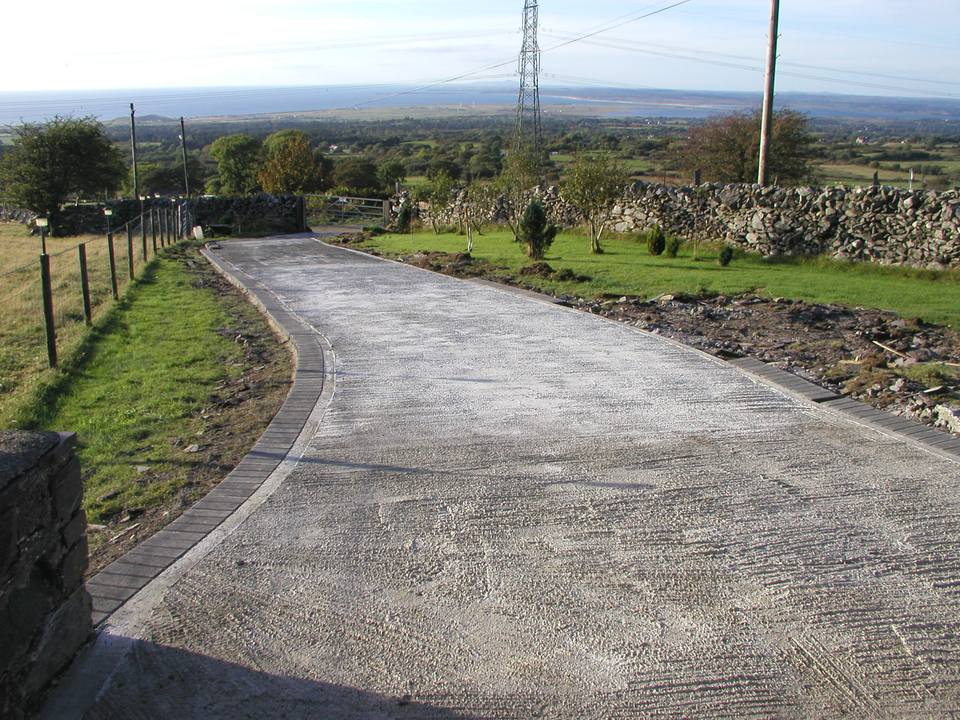 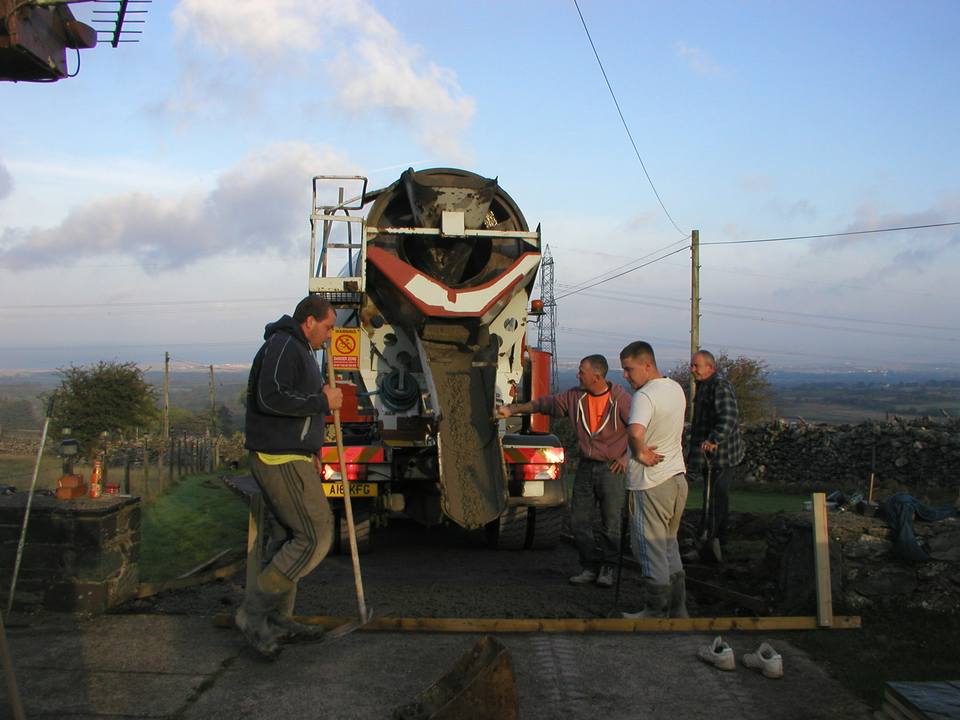 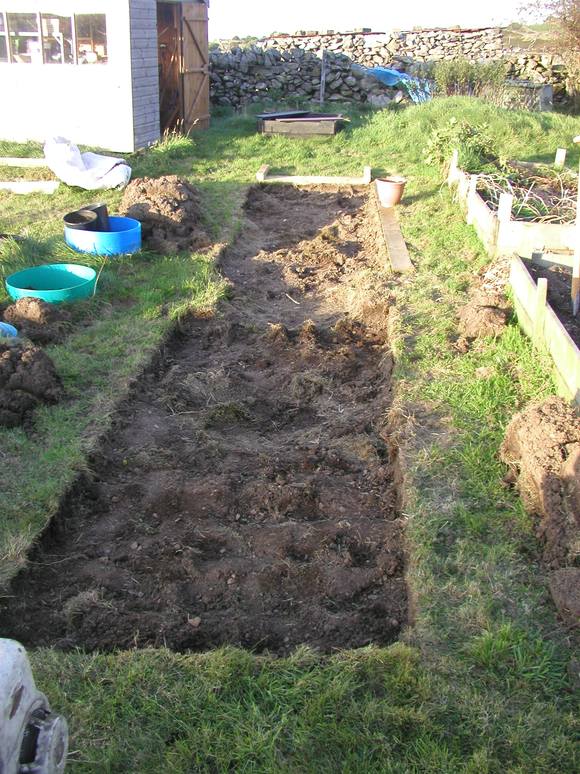 Raised Bed Base Dug Out and Rotavated 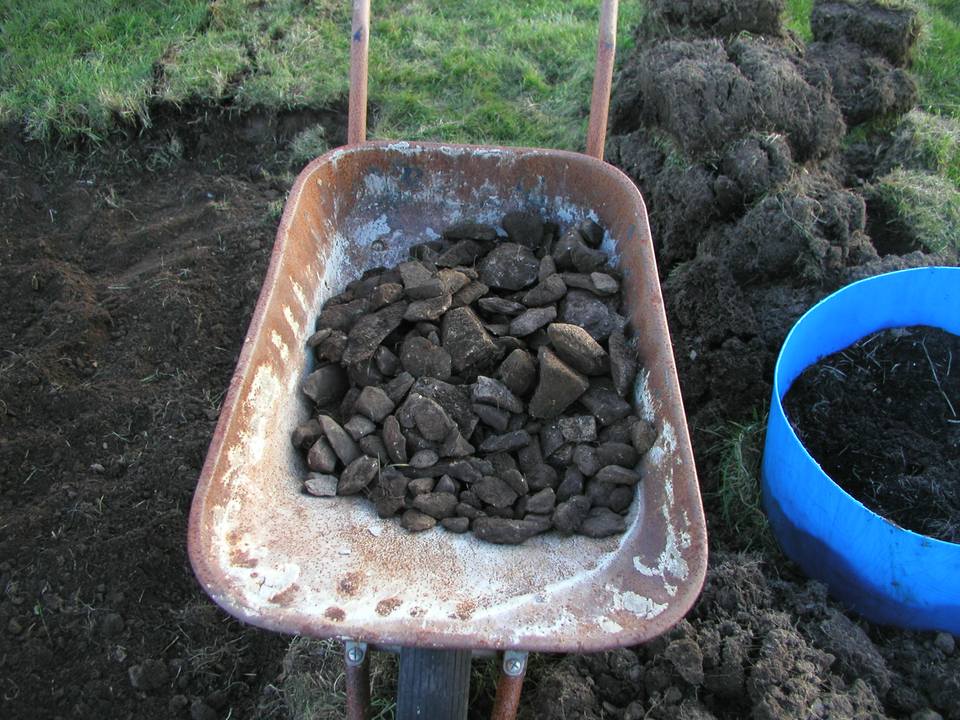