I decided to have a go with Borlotti beans this year. I’ve grown them in the past but they do need a good sunny year to give of their best. If it’s pouring with rain, the beans tend to rot rather than thoroughly dry. 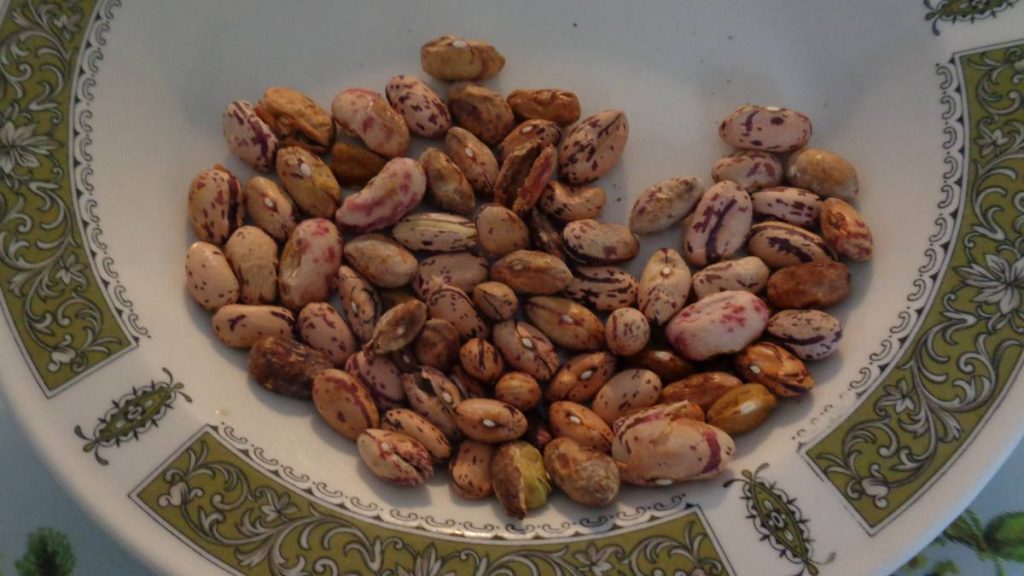 Not knowing we were going to have a heatwave summer, I planted them in the polytunnel and they did pretty well. The hot summer certainly pushed them along. I have to wonder how they’d have done, even in the polytunnel, in a more normal summer.

The beans had reached the end and nearly all of the pods were dry. Unfortunately the high humidity we enjoy meant that some of the pods had developed mould. Picked the lot, which resulted in two buckets worth.

We podded the beans and some were not quite dry enough to store. I could have frozen them but the freezers are pretty full so trying to save space in there. So we popped them in the dryer for a few hours prior to storing in jars.

Interesting to look at the net beans harvested, about a kilo when dry. That’s from an eight foot double run in the polytunnel border. Compared to the potential harvest of dried broad beans from the same space, not very good. Still, nothing ventured …. 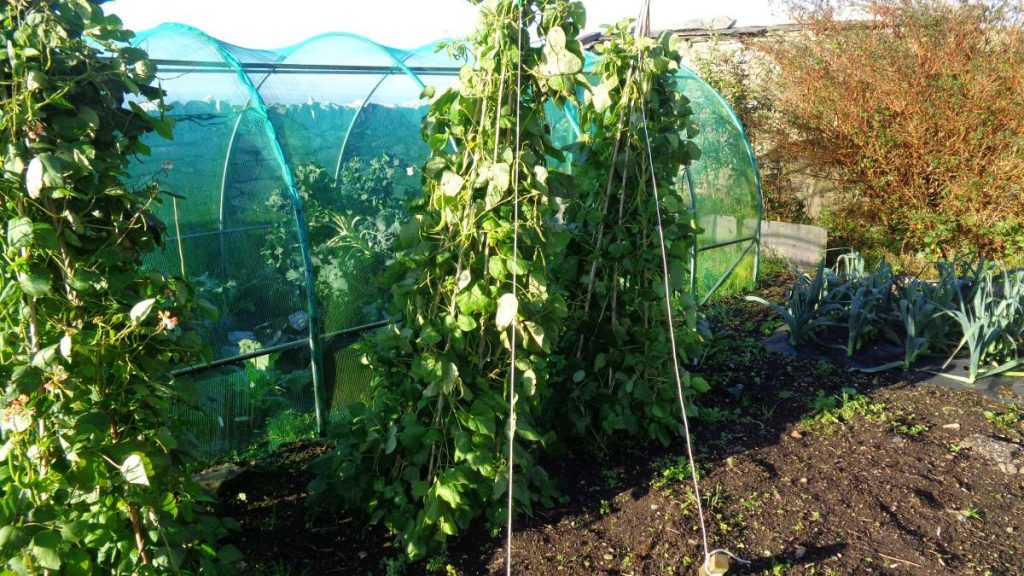 The runner beans were very slow to get going this year and they hardly produced a bean in the heatwave. Now the season is cooling and they’d normally be coming to the end, they’ve finally started producing well.

The quality of the beans is mediocre but acceptable. I’m putting that down to cooler weather at this time of year. They could well keep on producing until mid-November assuming a storm doesn’t take them out first. 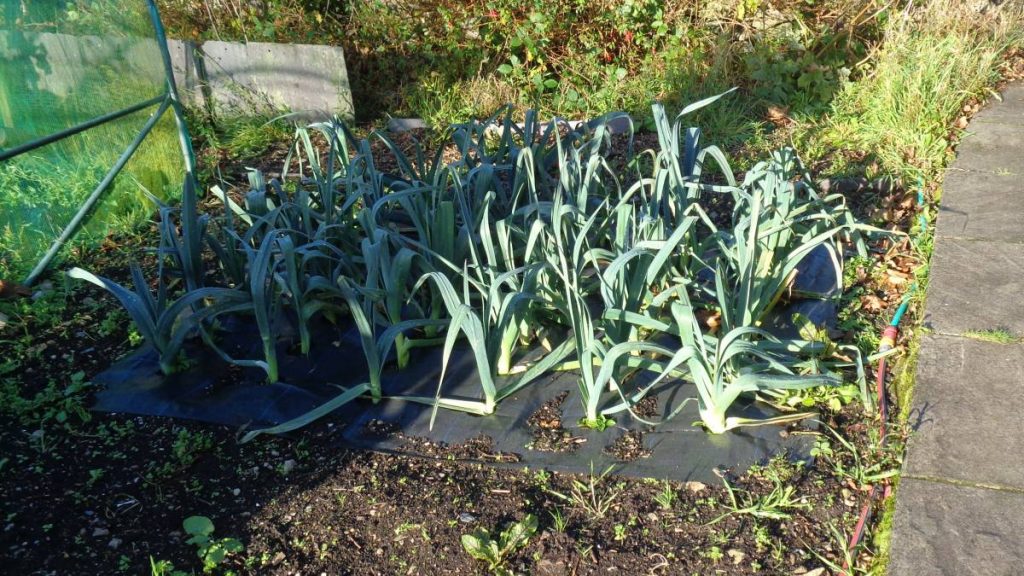 We enjoyed our first leeks of the season the other day. I’ve some in the polytunnel that followed on from the early potatoes. These are furthest ahead as you’d expect. The ones planted through membrane are doing nicely outside and a raised bed in the field plot is about the same.

The membrane planted are less work, though. About 10 minutes to weed as against an hour for the raised bed. 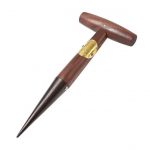 Normally I leave the flowery stuff to Val but noticed Dobies had an offer on Bluebell bulbs which I took advantage of. These are going around a willow tree that masks the LPG tank in the front.

To plant them I took advantage of Harrod Horticultural’s sale and picked up a dibber which has a metal clad tip to make the hole more easily. Another job for the list but I think it will be worth it to have a carpet of native Bluebells under the tree’s canopy.