The raised beds are going to the side of the polytunnel, which is fairly sheltered and catches the sun until late afternoon. There is a little slope to the land but hopefully we’ll be able to get it fairly level.

The first job was to create a path between the polytunnel and the ends of the beds. The turf was skimmed, cardboard laid down and covered with wood chippings. I’ll do the same for the paths between the beds when we set them up. 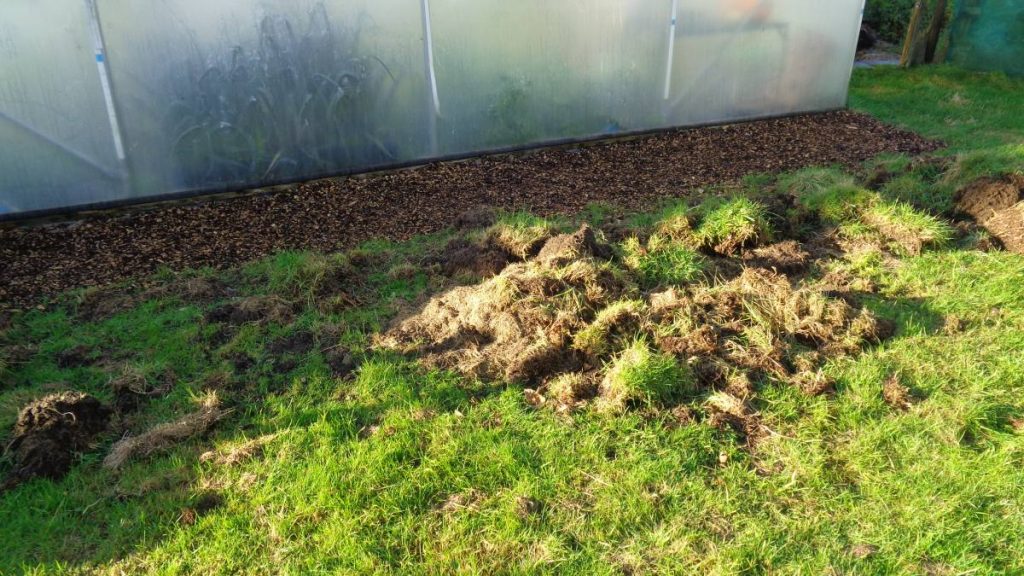 I love wood chippings for paths. Firstly, they’re not permanent so if plans alter, not a problem. They do rot down but that’s just slow composting them to create a humus rich soil improver. Last but not least, they’re natural and free.

I have read that woodchip paths between beds is beneficial as the woodchips are rich in carbon and this encourages mycorrhizal fungi to spread into the beds. Sounds a bit of a stretch to me!

The beds themselves are 3 metres by 1 metre and 30 cm deep. I’ve generally built raised beds 1.2 metres wide but 1 metre is OK. In a pinch you can reach right across the bed although normally I just cultivate half from one side and then swap sides. Up bed and down.

Space isn’t tight so the paths between the beds will be a comfortable 60cm. If I was more limited for space, I could squeeze that to 45cm. Overall they will give me 12 M2 of growing space above the 180 M2 in the walled veg garden and 35 M2 in the polytunnel. By coincidence, that’s about a full size, 10 rod allotment which is 227 M2.

Of course, I’ve got the greenhouses on top of that plus the sloping space in the orchard area for squashes. That should be enough to keep us all in fruit & veggies!

The beds are kits made from recycled plastic, obtained from British Recycled Plastics. All that black wrapping you see around bales in farmers’ fields going to a much better use than landfill.

They’re not cheap but they will last for a very long time. Even treated timber will only last around 10 years, these recycled plastic beds could last 100 years! They’re a lot heavier than you might think. The material is very solid and weighs more than wood. 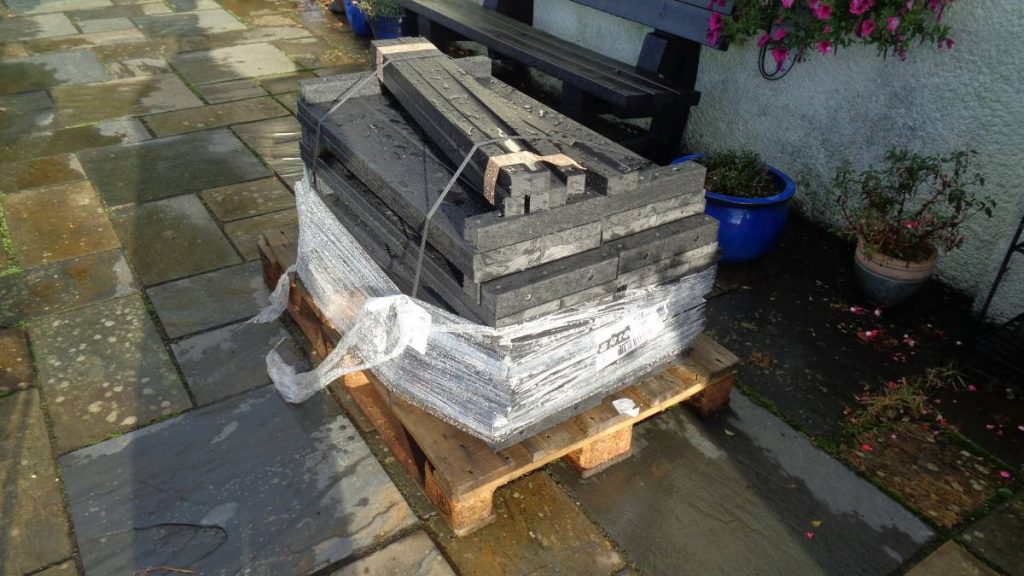 Raised bed kits on a pallet.

The additional beds arrived on a pallet, which the Delsol delivery man helpfully trundled up our track with a pallet truck. We’ll unpack and move them when the weather allows. Assembly is pretty straightforward and quick. Preparation is the main thing, getting the soil  level before starting.

There’s a review of the recycled plastic raised beds and furniture on the site that might be of interest.